Answer: the only letter that’s not in any U.S. state name is “Q”

This past week we included some hard-hitting journalism in the sports section of our newsletter. According to Deadspin sources, who requested anonymity for fear of retaliation, no NBA team has an “F” in its name. That’s right – out of the thirty teams that currently comprise the National Basketball Association, neither conference has any teams with the letter F in their name. Here is the full list of teams in case you need to see this phenomenon with your own eyes. While the gravity of the situation is, of course, satirical, one of our readers sent us an interesting factoid that is strikingly similar, except instead of NBA teams, it has to do with U.S. State names. That being said, there’s only one letter that’s not in any U.S. state name, and after learning what it is, one can definitely see why it makes sense.

As pointed out by Meghan Jones of Reader’s Digest, the only letter that is not in any U.S. state name is the letter “Q”. “That’s right”, says Jones.” 50 different names, and not one of them contains the letter Q. Every other letter of our alphabet shows up at least once (well, unless you count these 6 letters that dropped out of our alphabet). Now, there are a handful of other rare letters that only show up in a few state names so if “J”, “Z”, “X” or B” came to mind, you were close. As Jones mentions:

“If you guessed J or Z, though, you were close—and probably don’t live in New Jersey or Arizona, since those are the only states that contain J and Z, respectively. There are a couple of other rare letters, too, that only show up twice. No states except Alabama and Nebraska have a B in their name, and California and Florida are the only state names that contain F. If X was your guess, you were also close—the rare letter makes an appearance in only New Mexico and Texas.” 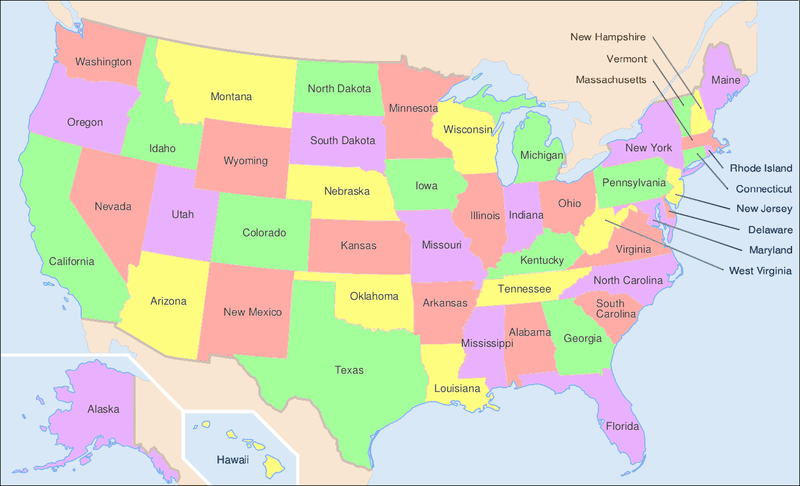 The only letter that’s not in any U.S. state name is “Q”

One final letter that’s a bit shy when it comes to state names is the letter “P”. It’s only in Pennsylvania, New Hampshire, and Mississippi, where it gets the most love. Puerto Rico obviously has the letter “P” in it, but it’s a U.S. territory, and not a U.S. state, although there have been pushes for it to gain statehood. At the end of the day, unless the United States makes Qatar a state (which has a negative percent chance of happening), then don’t hold your breath for the letter “Q” to enter the alphabet of state names. Qatar, by the way, is one of the only countries with the letter “Q” in its name. The others are Equatorial Guinea, Iraq, and Mozambique.