Home / Trivia / What is a clinical trial?

Over 2,000 drugs are approved by the FDA for human use. Yulia Reznikov/Movement via Getty Images

A commonly used malaria drug was recently proposed as a treatment for COVID-19 during a White House press briefing, even though it hadn’t yet been properly evaluated in clinical trials or approved for this use. Does the urgency of the current pandemic give doctors a good reason to skip evaluation and rush an untested drug to patients?

The field of medicine considers randomized-controlled trials, also known as “clinical trials,” as the gold standard for assessing the effectiveness of new treatments. These studies set up a fair test for treatments and enable researchers to rule out alternate explanations. Without randomized-controlled trial evidence to guide them, doctors risk wasting resources on ineffective treatments or causing harm to patients.

What is a randomized-controlled trial?

For example, a sugar pill or an injection of saline solution may be used instead of a dose of the drug. This ensures the only meaningful difference between the two groups is whether they received the treatment or not.

The control group helps researchers learn what would have happened to the treatment group if they hadn’t received the treatment. For example, some patients may recover on their own. Researchers need to know how often this happens, so they don’t attribute all recoveries to the effect of the treatment. 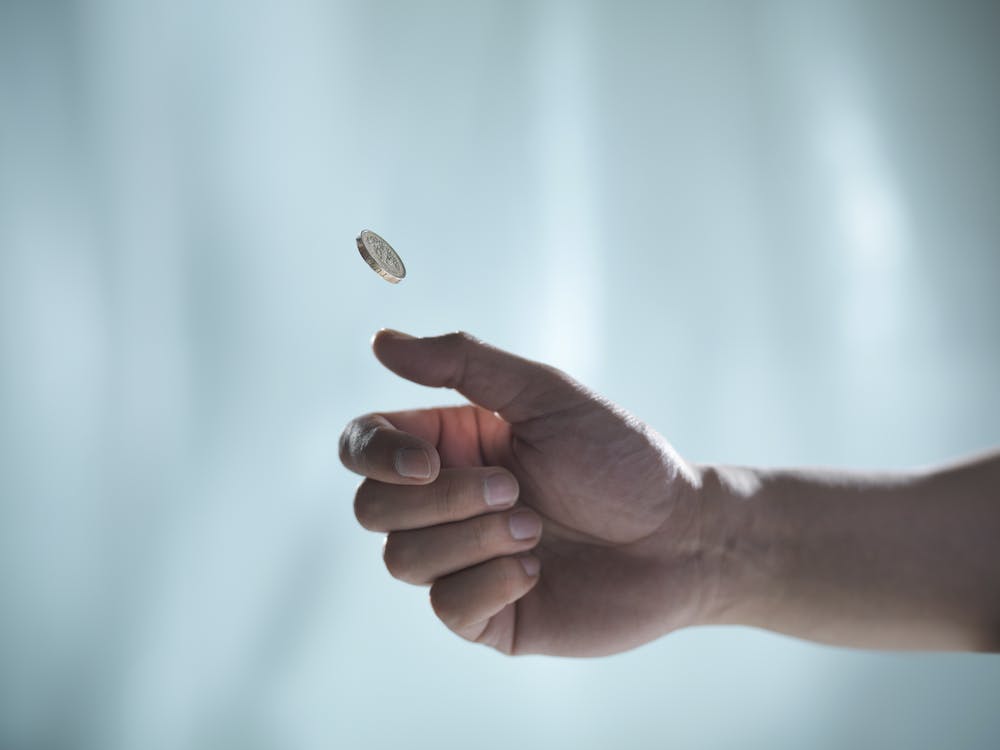 The randomization of randomized-controlled trials with large enough samples ensures that all possible differences are accounted for, even those that may not be observed, such as genetic traits.Study participants are randomly assigned to one group or the other, a process similar to a coin toss. Just as a coin toss is equally likely to end up heads or tails, study participants are equally likely to end up in the treatment or the control group. With enough study participants, this results in two groups that closely resemble each other. The only difference is that one group got “heads” while the other got “tails.”

If the treatment and control groups are similar at the start of the study but end up with different outcomes, the treatment is the most likely cause. The randomized-controlled trial allows researchers to rule out alternative explanations.

What if patients aren’t randomly assigned?

If doctors were allowed to choose which patients received the treatment, it’s likely the treatment and control groups would not resemble each other, making it much harder to rule out different factors at play.

For example, malaria drugs aren’t approved for use against COVID-19, but may be prescribed to patients under the Food and Drug Administration’s “expanded access” program. It allows certain drugs to be used as a last resort to treat seriously ill patients when no other treatments are available.

These “last resort” patients are frailer than those who had a milder form of the disease or who responded well to other treatments. When you’re comparing very sick patients to healthier patients, the effect of the treatment is hard to see because it may be obscured by important differences such as age, diet, cigarette use, heart disease or obesity.

If frail patients on treatment fared significantly better than strong patients without it, researchers could conclude the treatment was effective. But this situation is extremely rare, which is why doctors generally can’t draw valid conclusions about a drug’s effectiveness in a “last resort” situation. Too many other factors are likely at play.

Some researchers may be able to use sophisticated statistics techniques to account for the differences between frail and strong patients. But there is a long list of potential differences between frail and strong patients, so it is hard to address them all. Gauging the quality of such statistical analysis is also difficult, so these studies should be viewed with skepticism.

Without results from randomized-controlled trials, doctors can’t be sure whether a potential new treatment will help patients, harm them or prove ineffective.

The case of the malaria drug hydroxychloroquine as a potential treatment for COVID-19 underscores this concern. In an early wave of optimism, doctors prescribed and some even stockpiled so much hydroxychloroquine that pharmacies reported shortages of the drug. Within weeks however, randomized-controlled trials demonstrated that not only was this treatment ineffective against COVID-19, it also caused some patients to develop serious heart rhythm problems. Prematurely prescribing this treatment to all but the “last resort” cases instilled false hope, wasted medical resources and, most importantly, put patients at risk.

Zoe McLaren, Associate Professor of Public Policy, University of Maryland, Baltimore County. This article is republished from The Conversation under a Creative Commons license. Read the original article.