Answer: more than 1,750 fans are hurt each year by foul balls at MLB games

Tens of thousands of fans are gathering at Major League Baseball ballparks around the country for hot dogs, home runs, their favorite players’ autographs and the fresh grass on the field.

Few fans will consider the possibility that they could be blinded or suffer a serious head injury by a ball or bat leaving the field of play. In reality, such injuries occur much more frequently than many may realize, with a 2014 analysis finding that more than 1,750 fans are hurt each year by batted balls at MLB games.

Who should be held responsible legally when injuries like this occur?

In a new paper, University of Georgia business student Zachary Flagel and I argue that it’s time for courts to abolish an outdated rule that has historically immunized baseball teams from liability.

Under a century-old legal doctrine commonly known as the “Baseball Rule,” U.S. courts have almost uniformly held that professional baseball teams are not liable for these kinds of injuries to fans, who are stuck with the medical and rehab costs.

Specifically, as long as a team takes basic precautions such as putting nets immediately behind home plate and ensuring that there are enough screened seats to meet anticipated demand, then under the Baseball Rule it will not be held legally responsible for fans’ injuries.

Instead, courts have traditionally held that the danger posed by foul balls is sufficiently obvious and that fans legally assume the risk of any resulting injuries.

Our research shows that changes in the way that the sport of baseball is presented to fans, as well as in the underlying law of torts, undermine the courts’ continued reliance on the Baseball Rule. 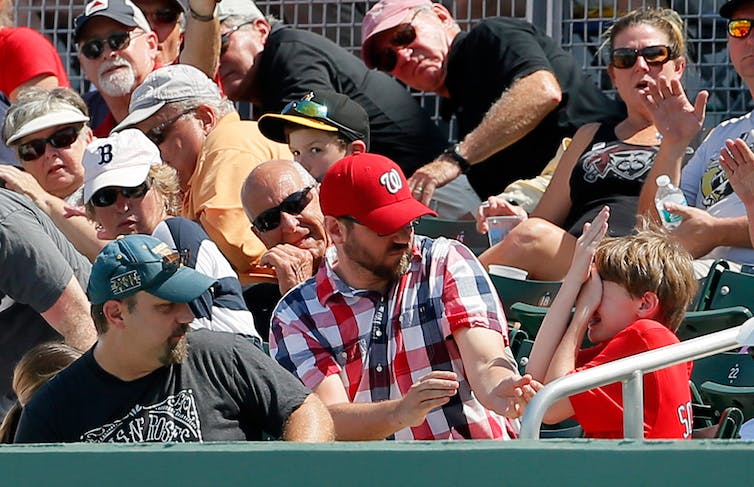 We found that many changes in the game in recent decades have considerably increased the risks that foul balls pose to fans.

Perhaps most significantly, fans attending MLB games today are now sitting about 20 percent closer to the field than they were even just 50 years ago. Much of this change has occurred over the last 25 years in particular, as a wave of new stadiums have placed fans ever closer to the action.

At the same time, baseball players are throwing and hitting the ball harder than ever before due to better strength and conditioning regimens. As a result, foul balls are frequently hit into the stands at 110 miles per hour or more. Fans may have only a few tenths of a second to react to a particularly fast-moving foul ball, in some cases literally making it physically impossible for a spectator to avoid injury. 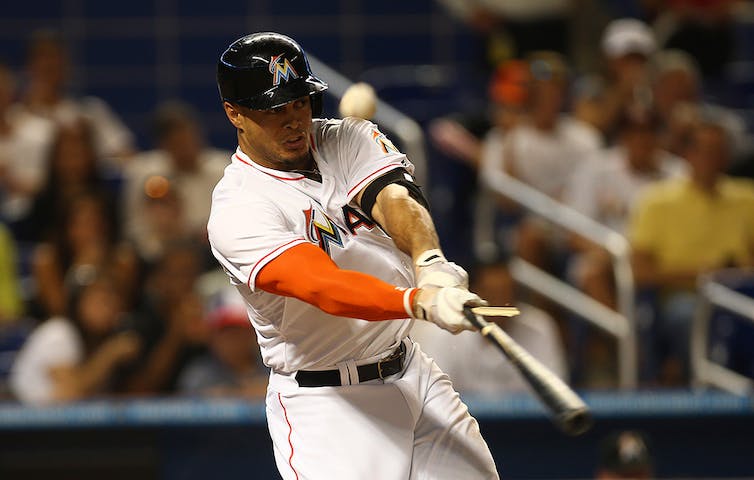 The role of tort law

While these changes themselves undercut courts’ continued reliance on the Baseball Rule, the doctrine is also at odds with recent academic insights regarding the most efficient allocation of liability in tort lawsuits, which involve personal injuries.

Courts and scholars increasingly realize that legal liability should be imposed on the party that is in the best position to prevent the injury on the most cost-effective basis.

In the case of foul balls and broken bats, there is little question that the team itself is best positioned to prevent these resulting injuries. While fans may not be able to react quickly enough to avoid injury, teams easily can protect them through installing more protective netting.

Indeed, at US$8,000 to $12,000 per 60 feet, the cost of such additional netting is a drop in the bucket for MLB – with its annual league revenues of over $10 billion. In addition, that small expense pales in comparison to the medical costs of a single serious foul-ball injury, which can easily account for $150,000 or more in medical costs.

To its credit, in recent years MLB has encouraged its teams to install additional protective netting to better protect fans sitting near the field. However, the fact that MLB itself has acknowledged that fans sitting in areas beyond those immediately behind home plate are at a heightened risk of injury only serves to underscore how outdated the Baseball Rule has become.

And while MLB’s actions in this regard are laudable, because the league’s teams remain legally devoid of any potential responsibility for spectator injuries, there is no guarantee that they are doing enough to protect all fans sitting in high-risk areas.

The right incentives to reduce injuries

The time has come for the judiciary to dispense with the Baseball Rule.

I believe that courts should hold professional baseball teams liable whenever a fan is injured by a foul ball, giving teams a better incentive to provide the most effective level of possible protection. By forcing teams to compensate spectators for their injuries, teams would be more likely to engage in a cost-benefit analysis to decide whether the risk of injury in a particular section of seating outweighs the cost – including potential lost ticket sales – of installing a net between fans and the playing field.

In the highest-risk sections, teams will almost certainly determine that the benefits of additional screening outweigh the costs. In lower-risk sections, however, teams could reasonably decide to accommodate fans preferring an unobstructed view of the field, on the understanding that the team would then be liable in the rare case when a fan sitting in such a section sustains an injury.

This season, more than 110 million fans are likely to attend a major-league or minor-league baseball game. For several thousand of these fans, an otherwise enjoyable trip to the ballpark will be disrupted by a serious injury inflicted by a foul ball or broken bat leaving the field of play. The judiciary has the ability to encourage baseball teams to take steps to better protect spectators from these injuries. They should do so by discarding the Baseball Rule.