Welcome to America’s Newsletter from Tag The Flag, the best morning newsletter on the internet, bringing you nonpartisan news and every view of the Red, White, and Blue. Here’s what you need to know to start your day.

Michael Bloomberg officially declares White House bid
Michael Bloomberg officially announced his late-entry Democratic presidential bid on Sunday, unveiling a campaign that the former New York mayor said will be squarely aimed at defeating President Donald Trump. Media outlets on both sides of the aisle homed in on the build-up surrounding Bloomberg’s entry AllSides writes, which comes just days after he filed paperwork with the FEC and announced that he’d spend $33 million on national and local television ads through December 3. Even before the announcement was made, Democratic rivals such as Bernie Sanders and Elizabeth Warren pounced on Bloomberg’s plans to rely on his personal fortune tweeting, if “you can’t build grassroots support for your candidacy, you have no business running for president.” Keep reading: Local coverage of the announcement from the left-leaning New York Daily News, and right-leaning New York Post.

Generally, right-leaning outlets have defended Gallagher and applauded Trump’s decision earlier this month to restore Gallagher’s rank and pay, which had been reduced after his conviction. Left-leaning outlets have focused more on how the issue has pitted the president against Pentagon officials who have argued that Chief Gallagher must go through the military judicial process to maintain good order and discipline within the rank and file. – Fox News / CNN / AP

OK Boomer, Who’s Going to Buy Your 21 Million Homes?
America is on the brink of a housing glut. Baby Boomers are expected to vacate roughly 21 million homes over the next 20 years — or more than the amount of new properties sold during the past 20-year period, new Zillow data reveals. And here’s the problem: many of these properties are in Arizona and Florida, or parts of the Rust Belt, where younger people no longer want to live. Another challenge, according to Wall Street Journal, is that younger buyers may lack the “financial strength to absorb all of this new supply.” – WSJ / LI 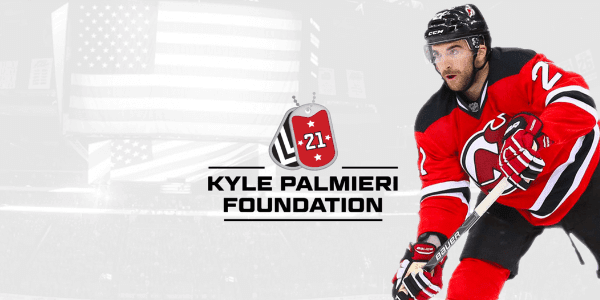 As we’ve mentioned, we could not be more excited to have officially partnered with The Kyle Palmieri Foundation for Military Family Month and Veterans Day.

Partnership Details: For every person that signs up to this newsletter, we’ll be donating $1 to Kyle’s foundation that gives back to the patriots who put their lives on the line to preserve our freedoms as Americans.

Here’s how you can help: If you enjoy this newsletter and want to support our service members and their families then please share this with as many friends as possible and tell them to sign up.

Hong Kong Voters Turn Out For Biggest Election In City’s History
Millions of people turned out to vote in Hong Kong’s district elections on Sunday — a peaceful action nonetheless seen by many as an act of protest. Background: these specific elections aren’t necessarily high stakes affairs. The best comparison would be Americans voting for community representatives. Nonetheless, the city reported that more than 3 million people voted — a turnout rate of more than 71% — exceeding the 2.2 million votes cast in the 2016 legislative elections. Big picture: amidst the chaos, the elections have been widely seen as a referendum on popular support for anti-government protests that are now in their sixth month. – NPR

Netanyahu faces first serious leadership challenge from his own party
The first public cracks in Prime Minister Benjamin Netanyahu’s Likud party appeared over the weekend, days after the country’s attorney general indicted the longtime leader on charges of bribery and fraud in three criminal cases. State of play: Gideon Saar, Netanyahu’s most outspoken challenger within Likud, submitted a request Sunday to the party’s central committee calling for a leadership vote to be held in the next three weeks. Big picture: Even if a vote were held, it is unclear whether Saar could unseat Netanyahu. “Bibi” still holds a lot of power within his own party, but the challenge highlights Israelis’ desire to avoid the polls for an unprecedented third general election in less than a year. – The Washington Post

LVMH reaches deal to acquire Tiffany for $16.3 billion
Bulgari owner LVMH has reached a deal to buy Tiffany & Co. at $135 a share, or $16.3 billion according to the Financial Times. Why it makes sense for LVMH: CNBC writes that jewelry was one of the strongest performing areas of the luxury industry in 2018 and comparable sales forecasts show that the $20 billion global market is set to grow 7% this year. Acquiring Tiffany would give LVMH exposure to the bridal and diamond category and to more U.S. luxury customers. – Financial Times / CNBC

Football Recap: College Rankings, Frank Gore, and No Calls for Kap
In college football No. 2 Ohio State gained some ground on No. 1 LSU in The Associated Press college football poll and Oregon dropped out of the top 10 after being upset by Arizona State. The Tigers remained No. 1 for the fifth straight week. In the professional ranks, Buffalo Bills running back Frank Gore became the NFL’s third-leading career rusher Sunday, eclipsing the 15,269-yard mark set by Barry Sanders. And according to ESPN, in the week since Colin Kaepernick worked out for seven NFL teams in Georgia, no teams have reached out to work him out, visit with him, or sign him. – ESPN

Political ads are tricky to define in digital era
Political ads have become a flashpoint ahead of the 2020 election Axios’ Sara Fischer writes, in part because new technologies make it nearly impossible to apply a universal definition of them to all advertising channels. Why it matters: Without a commonly accepted definition of what a political ad is, efforts to regulate them have been challenging. Experts worry that without smart regulation of political ads, free speech — a tenet of democracy — can be gamed. Zoom out: In total, about $10 billion is expected to be spent on all political and issue ads in the 2020 campaign cycle. – Axios

+ The Single Reason Why People Can’t Write, According to a Harvard Psychologist

+ The History Behind 8 Famous Tongue Twisters

+ How to Prioritize When Everything Is Important

📅 ON THIS DAY IN HISTORY

1783: Last British soldiers leave New York
On this day in 1783, nearly three months after the Treaty of Paris was signed ending the American Revolution, the last British soldiers withdraw from New York City, the last British military position in the United States. After the last Redcoat departed New York, U.S. General George Washington entered the city in triumph to the cheers of New Yorkers. The city had remained in British hands since its capture in September 1776.

These are the direct submissions we get that make this whole project worth it. Sent in from service members in Kandahar, Afghanistan…

Who was one of the first presidents to use TV for political ads?