Plus, get paid to complete Dry January.

Good morning, and happy Wednesday! This American helped save the Champagne industry — here's his fascinating story.

Plus, are you doing Dry January? This beverage company wants to pay you $1,000 to complete all 31 days.

Left: The Court Justices Do Not Seem To Be Getting Along Steven Mazie, The Atlantic

Right: The Week Everything Changed for the Biden White House Maegan Vazquez, CNN 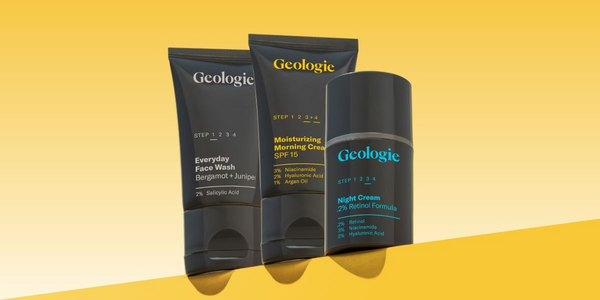 It’s a great time to freshen up your routine. Whatever it is you need help achieving, Geologie has you covered. Anti-aging? Dark circles under your eyes? Acne? They will set you up with an effective plan.

First, you just have to answer some questions. Geologie’s hair quiz is designed to figure out what products and practices will best fit your body’s chemistry. Plus, they only use ingredients powered by facts – not fads. Dermatologist Dr. Steve Xu – the company’s founder – carefully assesses each product, zeroing in on results and efficacy.

💆 Get started, learn your match, then see results → 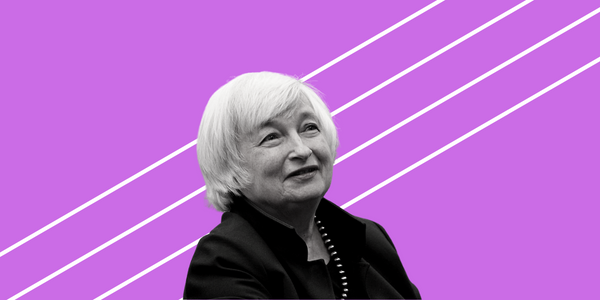 Last week, Treasury Secretary Janet Yellen told Congressional leaders the US federal government is likely to hit its debt limit tomorrow. She said this means the Treasury will have to take “extraordinary measures” in order to avoid defaulting on payments owed to bondholders.

Reporting from the Left: What is the debt ceiling deadline and will Republicans pass it? (NBC News)

From The Flag: This fight has been brewing since the GOP won the House majority, with many Republican leaders arguing government spending must be curtailed first. Meanwhile, many Democrats argue failing to raise the debt limit would cause financial chaos. Here’s more from both sides.

“The GOP is wrongly trying to blame Democrats for a debt ceiling blowup” Catherine Rampell, Washington Post Opinion: “Imagine if Republican lawmakers threatened to blow up the Washington Monument unless Democrats agreed to cut Social Security. … Pretty much the same form of extortion is happening right now, only the bomb is aimed at a different target: the global economy. And Republicans are already trying to blame Democrats for any carnage that might result. … For months, Republicans have openly threatened to take the debt limit hostage unless they get spending cuts and other pet projects. … To be clear: Refusing to raise the debt limit, or even coming close to default, would be catastrophic. … It doesn’t authorize any new spending. But it does enable the federal government to pay off existing obligations that past Congresses had committed to… The consequences of reneging on past bills could be dire.”

“Why Republican Politicians Still Hate Medicare” Paul Krugman, New York Times Opinion: “The Republicans who now control the House will soon try to slash Social Security and Medicare… by refusing to raise the federal debt ceiling. … given that it appears politically suicidal … Where is the push to gut Social Security and Medicare coming from? Ronald Reagan left the White House 34 years ago. The modern GOP seems much less animated by small-government ideology than by the desire to wage culture war. … Here’s what I think is going on: Even now, many — perhaps most — Republicans in Congress aren’t culture-war zealots. Instead, they’re careerists who depend, both for campaign contributions and for post-Congress career prospects, on the same billionaires who have supported right-wing economic ideology for decades. They won’t stand up to the crazies and conspiracy theorists, but their own agenda is still tax cuts for the rich and benefit cuts for the poor and middle class.”

One more opinion piece from the Left: Why Republicans’ debt ceiling games will likely backfire Michael A. Cohen, MSNBC Opinion

It’s the Spending, Stupid – Whether or Not the Debt Ceiling Is Raised

“The Debt Ceiling is a Farce, Not a Crisis” James K. Galbraith, MarketWatch Opinion: “In his bid to become speaker of the US House of Representatives, Kevin McCarthy apparently agreed to a demand… that he commit to ‘shut down the government rather than raise the debt ceiling.’ There is firm bipartisan agreement on what this would mean. Crisis looms. For the Republican extremists, the impending crisis is their chance to remake America. For Democrats (and a few surviving mainstream Republicans), the threat of catastrophe justifies a politically dangerous vote to raise the ceiling. For the media—left, right, and center—it’s the drama, stupid. … First, a failure to raise the debt ceiling does not override any legal obligation to spend. True, the debt ceiling is written into law. But so are Social Security, Medicare, Medicaid, interest payments, and every other mandated or appropriated form of spending. The US Treasury must follow the law. Debt ceiling or no, it cannot legally default on any obligation.”

“The Hard Reality of a Debt-Ceiling Showdown” Editorial Board, Wall Street Journal: “Something or someone has to give because the debt limit has to be raised. The US has already borrowed and spent the money, and debt held by the public is a contract. Nobody sane in Washington wants to be blamed for triggering a default… which means it almost certainly won’t happen. Republicans are right to want to stop the reckless spending trends of the last four years. … Spendthrifts should pay their debts, but they should also have their credit card pulled… This is the sensible principle that most of Washington has abandoned in recent years. It’s good for the country that someone in power wants to rein it in. … Republicans will have to pick their spending targets carefully, explain their goals in reasonable terms so they don’t look like they want a default, and then sell this to the public as a united team.”

One more opinion piece from the Right: Debt ceiling vote could save America if House Republicans are willing to stand up to Democrats Steve Moore, Fox News

Raise the Roof? Mixed Opinions and a Clear Partisan Divide

Polling conducted last month found 38% of respondents say Congress should not raise the debt ceiling, compared with 33% who say they should.

A majority of Democrats (52%) say the debt limit should be raised, while the majority of Republicans (62%) said it shouldn’t be (YouGov).

In a separate survey, 49% supported raising the debt ceiling, while 39% were opposed. Just over 6 in 10 Democrats said it should be raised, while just under 4 in 10 Republicans said the opposite (Data For Progress).

This past fall, a poll found if the debt ceiling was not raised, respondents would most worry about social security and the job market (Navigator).

💅 What are you looking to solve with a personal care routine? Bags under the eyes, acne, anti-aging, frizzy hair, and general skin health are all Geologie’s specialties. Take their quiz, meet your match, and see results. Take 40% off your first order at this link.

🌐 Staying informed about the world doesn’t have to be boring. International Intrigue is a global affairs newsletter created by former diplomats to help you enjoy understanding your world. Apolitical and jargon-free, International Intrigue will quickly become your cheatsheet to a complicated world. Join over 20,000 readers at desks across government, tech, finance, and beyond when you sign up for free today.

🔌 With Best Buy’s 4-Day Sale, you can save on TVs, laptops, and more. Whatever you’re looking for in the world of consumer electronics, Best Buy has you covered. You can find deals in wearable tech, Apple products, and video games, as well as sound bars and speakers. Give your home’s tech and upgrade this year. Get the latest deals and more.

In Paris for Peace, Art and Science of Spending, Billion-Dollar Side Hustles 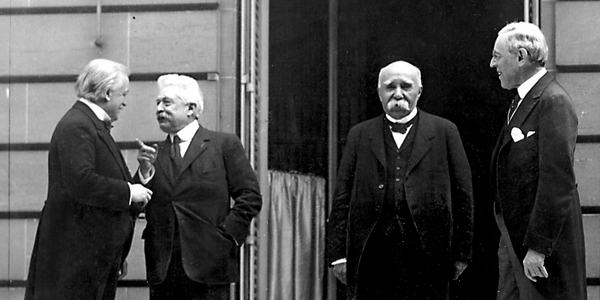 On January 18, 1919, in Paris, France, some of the most powerful people in the world meet to begin the long, complicated negotiations that would officially mark the end of the First World War.

Collab Fund: The art and science of spending money

Aleksandr Volodarsky: 11 billion-dollar companies that started as side hustles

BBC: Why comfort food varies across the world

Today I Learned Hiroshima, Japan is one of the few places outside of the US that celebrates MLK Day, due to his outspoken views on nuclear non-proliferation and disarmament.