Plus, it rained mud in Minnesota.

Good morning, and happy Navy Day! Today we fly the American flag to honor the men and women who have served the US Navy throughout its 228-year history.

Plus, this week in Minnesota, it rained mud. Here’s why…

Also, today's Flag Find uses heat and the magic of caramelization to take your beer to the next level…

Right: Herschel Walker to face new allegations from woman who says he drove her to abortion clinic (Washington Examiner)

Left: “Absolutely f-ing not”: Trump advisers reportedly scrambled to talk him out of testifying under oath (Salon)

Display Your Challenge Coins in Sylet

On this Navy Day, what better way to celebrate than with this US Navy Challenge Coin Display? These stunning, custom-made, hand-crafted pieces are constructed using mahogany and maple hardwood. Each one includes space for engraving and the bottom three stripes of the flag feature mahogany shelves where challenge coins can be displayed.

The beautiful flag design consists of a dyed blue star field and hand-chiseled stars to ensure the utmost quality. The team at Don Augie's WoodCrafts will leave you happy with the finished product. On the back are heavy-duty D-rings, making for easy hanging.

World: Chilling moment deranged Putin oversees ‘nuclear strike on the West’ during terrifying ‘Operation Thunder’ WW3 drills (The Sun) + Why fears of a Russian ‘false flag’ attack are on the rise (The Hill) 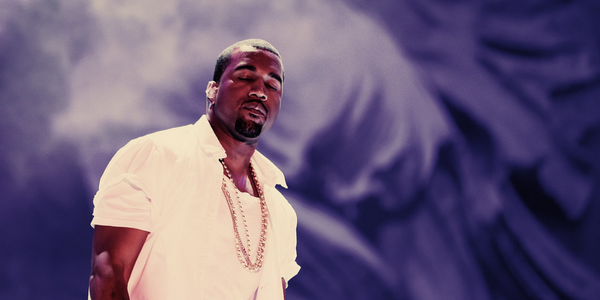 Kanye West finds himself embroiled in yet another controversy, most recently surrounding social media posts that have been deemed to be anti-Semitic. In response, Adidas severed its ties with the man who has legally changed his name to Ye, while the Gap removed items from the Yeezy collection and will no longer offer them for sale.

Reporting from the Left: Kanye West: Spotify CEO reacts to rumours rapper’s music could be removed from streaming platform (Independent)

From The Flag: Earlier this month we covered some of the recent headlines concerning West, notably his wearing of a “White Lives Matter” shirt and a subsequent interview with Tucker Carlson of Fox News. At present much of the outcry concerning West surrounds his comments that many have called anti-Semitic. Here’s more from both sides.

West Has Warped Ideas on Speech, and his Bigotry is Not Profound

“Kanye West’s antisemitism has no deeper meaning. Stop looking.” Eugene Robinson, Washington Post Opinion: “Explanations for Kanye West’s antisemitism and anti-Black conservative views have become a cultural industry unto themselves, and no wonder. The multihyphenate artist now legally known as Ye is a kind of political kaleidoscope. From one angle, his descent invites debates about what mental illness does and doesn’t do to those who suffer from it. From another, it’s about what kind of Black person conservatives are willing to embrace. … on the ‘Drink Champs’ podcast… West combined his antisemitism and self-loathing into the slander that ‘Jewish people have owned the Black voice.’ In truth, however, it is West’s voice that is being ‘owned’ and used by far-right grifters seeking to profit by stoking White populist anger against both Jews and African Americans. If that’s what it means to be free and independent, count me out.”

“The chilling problem with Kanye West’s definition of ‘free speech’” Kara Alaimo, CNN Opinion: “While men such as West, (Elon) Musk and (Donald) Trump claim to promote free speech by not favoring the moderation of problematic content, here’s what lack of moderation really does: It drives away the people victimized by abusive content such as West’s tweet. … In practice, what these so-called free speech policies really boil down to is an ugly form of censorship that scares away the voices of people who are attacked by users of these platforms. … So, when conservatives get together on social media, we can expect them to become more far right. And just as Rush Limbaugh and other conservative talk-show hosts radically altered the political landscape in the 1990s in ways that laid the groundwork for Trump’s presidency, the far-right views nurtured on these social networks could have a huge impact on our country’s politics.”

“Kanye West, Anger, And The ‘New Charter of Living’” Geoffrey Clarfield, American Thinker: “West comes by his Jew hatred ‘dishonestly,’ for it is well documented that, since the death of Reverend Martin Luther King Junior, an admirer and defender of the State of Israel and the Jewish people, medieval antisemitism has seeped into the African American community via the likes of Malcolm X and the despicable Louis Farrakhan. … Anyone who reads today’s news knows that places like New York City are experiencing an upsurge in random violence that has three roots: Critical Race Theory, a movement to defund the police, and a popular culture that demonizes ‘whiteness’ (whatever that means, but, ah…It means multi racial supporters of the Constitution, for when African Americans express these sentiments, they are accused of being white!). And so, artists (?) like Kanye West are both a cause and a symptom of the new anarchy that is permeating North American popular culture.”

“Kanye West provokes Oscar performances across social media” Jason Whitlock, The Blaze Op-ed: “Meta kicked him off Instagram. Twitter suspended his account. Revolt TV deleted his ‘Drink Champs’ interview. George Floyd’s family threatened a lawsuit. For his refusal to follow the script, the social media matrix is using its actors to justify the deplatforming and canceling of Kanye West. We’ve seen it before. It happened to Louis Farrakhan, Alex Jones, and Donald Trump. The social media matrix programmed us to view Farrakhan, Jones, and Trump as existential threats. The same thing is being done to Kanye, a mercurial rapper. At what point do we reject the programming and realize it’s an outlawing of free speech and freedom of thought and an assault on truth? You can’t find the truth without free speech. The rigorous exchange of ideas and opinions unearths the truth. The platforms Big Tech constructed for us compel dishonesty. Athletes, celebrities, influencers, and Joe Blow social media users – many of them unwittingly – are using ‘their platforms’ to lie.”

One more opinion piece from the Right: Alex Jones, Ye West, And The Collapse Of Free Speech In America Scott Morefield, Townhall Opinion

How Big of a Problem is Anti-Semitism?

Hatred of Jewish people is at least a somewhat serious problem on the internet, according to 50% of respondents in a poll conducted this month. The survey took place after West’s posts on social media that were deemed to be anti-Semitic.

A larger portion of respondents (57%) classify anti-Semitic behavior in the US more generally as at least a somewhat serious problem (YouGov).

An opinion poll highlighted in the Jewish Journal found 4 in 5 progressives believe Jewish people “have unfair advantages that need to be addressed.”

Succulent Socks, Fire in a Can, Best Beer Gift

🌵 It’s the return of our cool socks series! This time the socks take on the look of a potted plant – a cactus to be exact. But these socks aren’t dry, spiky, desert foliage — they’re comfy socks! Just like the previous editions that came packed like food, these amazing cotton blend socks are of the cacti variety. You too can wear succulents for socks by clicking here.

🔥 Think you can’t have a bonfire because you live in the city or crowded suburbs? Think again! Here we have the portable City Bonfires – fires in a can that can go anywhere. These are also USA-made products! The team at City Bonfires makes them in Maryland using non-toxic materials. Also great to have in your car or survival kit as an emergency heat source. Grab a two-pack at this link.

🍺 If you’re a beer drinker, or know someone who is, we’ve got an excellent gift idea picked out. It’s a metal fire-poking tool with a handle attached (bonus: you can swap in various keg taps as the handle). But it’s not just a fire poker – the food-grade metal rod heats up – then goes into the beer for 2-3 seconds, and voila – deliciously caramelized beer. Check it out here. 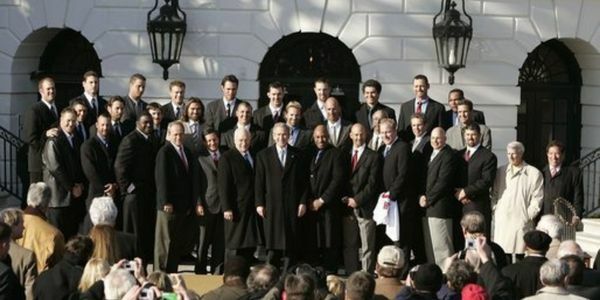 On October 27, 2004, the Boston Red Sox won the World Series for the first time since 1918, finally vanquishing the so-called “Curse of the Bambino” that had plagued them for 86 years. Above are the Red Sox with President George W. Bush during their White House visit.

Gizmodo: What If the Asteroid Never Killed the Dinosaurs?

BBC: Why It Pays to Be Grumpy and Bad-Tempered

Popular Science: What Would Happen if Earth Started to Spin Faster?