Plus, these are the busiest days to fly during Thanksgiving.

Good morning, and happy Friday! A new vaccine developed at the University of Houston could save thousands of Americans from fentanyl overdoses…

Plus, traveling for Thanksgiving? These are the busiest days to fly…

Also, American household debt recently hit a new high. Chartr just did an entire deep dive on the topic Wednesday complete with visuals and graphics. Don't miss another edition, click here to check it out.

Left: An Oath Keeper Took the Stand in Her Own Defense. It Went Badly. (Mother Jones)

Left: Mike Pence wants to have his cake and eat it too (CNN) 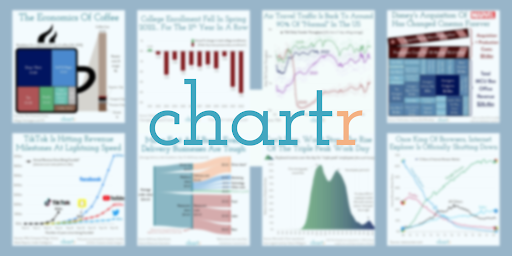 Business: Starbucks workers strike at more than 100 US stores (AP)

US: Texas bill would say a fetus can legally be a second passenger in HOV lanes (Dallas Morning News)

US: New York continues streak as nation’s No. 1 port as LA volume hits level not seen since 2009 (CNBC) 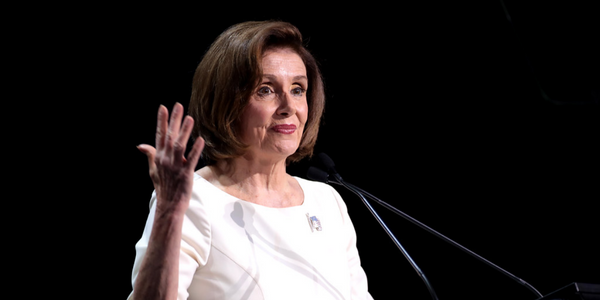 Yesterday, Speaker Nancy Pelosi announced she will step down from party leadership. She was the first woman to lead the US House and said she would remain in Congress as the representative from San Francisco when the new Congress convenes in January.

Reporting from the Right: The one president Pelosi failed to mention during dramatic floor speech (Fox News)

Reporting from the Left: Ex-Trump official: You can't help but respect the hell out of Pelosi (CNN)

From The Flag: Pelosi, a Democrat, has served as speaker since 2018 and was first elected to Congress in 1987. Here’s more from both sides as she plans her political future.

One of America’s Best Lawmakers Takes a Well-Earned Rest

“Nancy Pelosi: How she rose to the top - and stayed there” Anthony Zurcher and Staff, BBC: “Her legislative acumen, her ability to keep a restless party united when it matters, and her instinct for political theater have made her a force on Capitol Hill, as well as a lightning rod for criticism… (She) directly challenged Donald Trump throughout his presidency - famously ripping up a copy of his State of the Union address… During the January 6 insurrection, President Trump's supporters marauded through the Capitol in search of the Speaker and were photographed trashing her office and placing their feet on her desk. … Pelosi was one of the highest-profile, most outspoken opponents of the US invasion of Iraq in 2003. This stand was vindicated and paid dividends in 2006 when the Democrats took control of the House for the first time in 12 years. She was elected by her party to be Speaker of the House, becoming the first woman in that role in US history.”

“The Pelosis and a Haunted America” Maureen Dowd, New York Times Opinion: “One of the most macabre stories to come out of the Jan. 6 attack on the Capitol and democracy, ginned up by Donald Trump, was when the mob roamed the halls, pounding the speaker’s door with bloodcurdling taunts of ‘Where’s Nancy?’ Speaker Pelosi was not there, thank God. She was huddling with other top officials in a secure bunker, placing call after call for help that was slow to arrive. Luckily, she was safe, in DC with her security detail, when a man broke into her Pacific Heights home in San Francisco… In a tingly echo of Jan. 6, the man shouted at Paul Pelosi, ‘Where is Nancy?’ … ‘I cannot believe anybody would vote for these people,’ Pelosi told The Times… But a feral mood has taken hold. If you think Washington is monstrous now, just wait.”

Pelosi’s Influence and Demonization of Conservatives Will Continue

“Pelosi heading out, Pelosi dynasty to begin?” Monica Showalter, American Thinker: “Instead of passing the gavel in a great display of democratic continuity, that peaceable democratic change of power Democrats are so fond of touting these days, Pelosi's plan seems to be to resign now, citing her husband's health… But this being Nancy Pelosi, power will not be left on the table. … What better than to leave it all in the family, where it's already been for two generations so far, and continue the enterprise, bigger and better than ever? … With districts rigged now through junk-mail balloting, ballot harvesting, Zuckerbucks, and other Democrat-determined terms of elections now, nobody has to actually win elections anymore. The collection of ballots has overtaken the winning of voters, so the formation of dynasties is inevitable. … Ever the pioneer of 'firsts,' Nancy Pelosi may be the first to get the ball rolling on that ugly, undemocratic development now moving to Congress.”

“Nancy Pelosi Targets Conservatives’ Rights” Mike Huckabee, Real Clear Politics Op-ed: “President Biden, Nancy Pelosi, and the Democratic Party are desperately doing everything in their power to paint law-abiding conservatives and patriots as a significant domestic terrorist threat. … Over the past five years, we’ve seen the Democrats and their apparatchiks in the mainstream media describe basic, foundational conservative positions as ‘far-right’ and ‘extremist.’ … There is indeed a specter haunting our country that threatens to destroy American normalcy and tear the very fabric of our Republic’s democratic way of life. But that threat is not coming from President Trump, Republicans, conservatives, or the imaginary ‘right-wing extremist’ monsters that seem to lurk under Nancy Pelosi’s bed. The threat is coming from the Democratic Party, which is seeking to completely subvert American law and order and use it as a tool to suppress their political opponents.”

Survey results released this past Sunday put Speaker Pelosi’s net favorability rating at -17.4%, which is 11.3% lower than February 2019.

The number who said they “don’t know” how they feel about Pelosi has also dipped considerably since 2017. At that point, 18.9% said they were unsure, but that’s now down to 5.1% (YouGov).

Looking back to 2018, ahead of Pelosi’s second term as speaker, voters were hoping Democrats would go in a different direction. At that point, just 39% wanted to keep Pelosi as speaker, compared to 56% who preferred a replacement (Gallup).

📈 Ask any avid reader of newsletters, and they’ll tell you Chartr is one of the most unique out there. Chartr’s free, visual email sent 3x/week is packed with beautiful charts, facts and data snacks, delivering the latest insights on business, tech, entertainment, and society. Sign up in 10 seconds and take your office small talk to the next level. It’s free, and always will be. Subscribe now.

🦃 Turkey Day isn’t all about turkey. Make sure Thanksgiving spirit is on the menu, too. This festive set of utensil holders will ensure it is–well, on the table, at least. Chop chop!

🧤 This is an ad for a glove. Sort of. Really, OZERO gloves are more of a second skin, tough and warm without sacrificing mobility. Use your phone on top of a windy mountain through the sensitive touchscreen pads, or ride your bike on a rainy day with some feeling in your fingers. Don’t lose your grip. 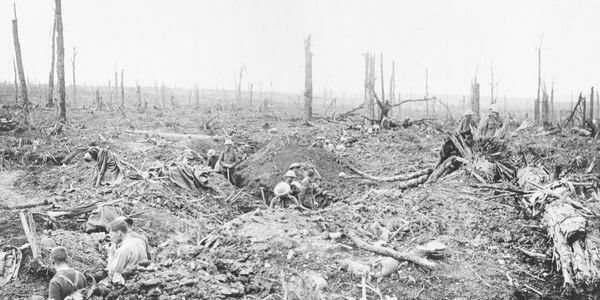 On November 18, 1916, British Commander in Chief Sir Douglas Haig called a halt to his army’s offensive near the Somme River in northwestern France, ending the epic Battle of the Somme after more than four months of bloody conflict. Above is a photograph of soldiers digging a communication trench through Delville Wood.

Life Hacker: Why You Should (Almost) Always Make the First Offer

Allure: Do You Need To Take A Multivitamin? Here's What Experts Say

Today I Learned most coffee creamers are made mostly of just water, oil, and sugar. There is no milk or cream. Some brands have casein, which is a milk-derived ingredient.