Plus, don’t call this airline.

Good morning, and happy Wednesday! The US has advanced to the World Cup's knockout round. The team says this is what they're trying to show the world...

Plus, if you call this airline's customer service helpline, you're out of luck…

Right: If Senators Care at All About Their Constituents' Religious Freedom, They Must Amend The Anti-Marriage Bill  (The Federalist)

Language Lessons For Every Learner 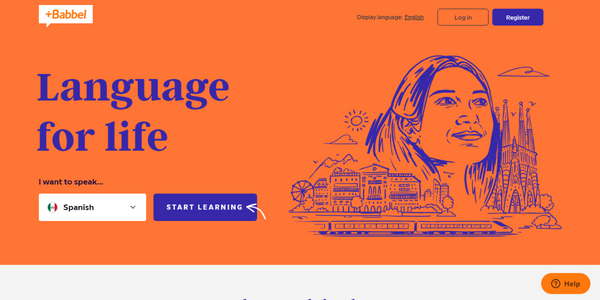 Babbel is the new way to learn a foreign language. The comprehensive learning system combines effective education methods with state-of-the-art technology. With lessons, games, podcasts, and even live classes, Babbel has something for everyone

Learn everything you need to have real world conversations - from vocab words to culture. 10 minutes a day is all it takes.

Plus, Babbel is still running their Cyber Monday Sale. Click here to get up to 55% off before it ends.

World: In China, the Protests Are Dying Down and the Arrests Are Starting (Vice)

Economy: Almost everyone expects a recession. Could the economy avoid one? (WaPo)

US: McConnell says there’s ‘widespread agreement’ among leaders on need for omnibus (The Hill) 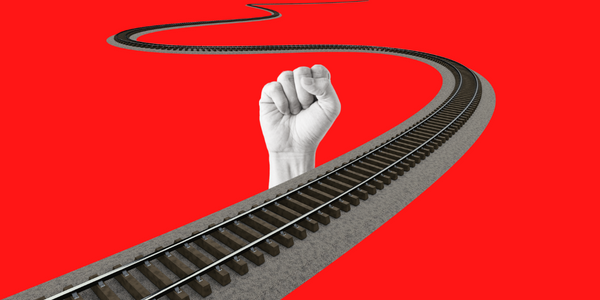 President Joe Biden has called on Congress to pass legislation that would avoid a nationwide rail strike, which hasn’t happened since 1992. House Speaker Nancy Pelosi has vowed to introduce such a bill this week. Effectively, it would enforce an agreed-upon deal that four of the country’s 12 rail unions voted down.

Reporting from the Right: Biden: 'I am confident' crippling nationwide rail strike will be avoided (Fox Business)

From The Flag: President Biden and other US officials have warned such a strike would devastate the economy and the nation’s supply chain, which has been under pressure since the pandemic began. It appears likely Congress will be able to avoid that scenario by enforcing the deal ahead of the December 9 deadline. Here’s more from both sides on how we got to this point, and what lies ahead.

“Biden pushes Congress to avoid rail strike. But how quickly can it act?” Leigh Ann Caldwell and Theodoric Meyer, Washington Post: “Pelosi and Biden said they are supportive of workers’ demands for paid sick days but that they cannot be addressed right now. … This stance puts Democrats in the awkward position of opposing the unions who voted against the agreement — which would affect 115,000 workers — creating potential  tensions between Democratic leaders and their political allies in organized labor. And it could cause divisions in the party between the most pro-union lawmakers and those whose top priority is heading off a strike. … The effect of an impending strike is already being felt. Chemical companies and essential product manufacturers have been making divergent plans to avoid rail travel. The administration and economists warned of dire economic consequences if the railroads went on strike at a time when the supply chain is slow for some parts of the economy.”

“​​Mismanagement and ‘Monster Trains’ Have Wrecked American Rail” Justin Roczniak, New York Times Op-ed: “Rail workers’ demands are not outrageous — union members have little to no predictability in their schedules and are subjected to draconian attendance policies. But the current standoff… is the result of a deliberate, half-century-long conversion of the nation’s rail system… to a fleet of land barges that are good for coal and containers — not much else. … Now, instead of engines pulling the train from the front, additional engines in the middle and the back help move even more train cars… and companies now regularly run trains that are three miles long. Our infrastructure isn’t built for these monster trains… almost always overseen by a crew of just two people, who must walk for miles if a problem is found, in all kinds of weather. The trains are difficult to control, and if weight is unevenly distributed along them, they may break apart or even derail.”

“Biden team still has work to do” Steve Forbes, Fox News Opinion: “The Biden administration took a victory lap after it helped broker an agreement… (But) workers must still vote on the deal… there is a real possibility these deals may unravel. The reason is clear: labor union leaders refuse to take responsibility for the deals they themselves negotiated. They cravenly tell members to vote their conscience… These actions defy historical precedent and undermine the very premise of reaching an agreement. The result today is that avowed socialist agitators, who recently called for the railroads to be seized and nationalized, continue to manipulate media coverage with their misleading spin. They ignore the facts of these generous agreements, claiming the deals are inadequate. This is despite the fact that union negotiators agreed to it. Six of 12 unions have already ratified deals. … Why was the deal good enough for half the unions but may not be good for others?”

“Biden’s Railroad Deal Falls Apart” Editorial Board, Wall Street Journal: “Mr. Biden convened the parties before a previous deadline in September and lobbied union leaders to get on board. Their quick buy-in delayed what could have been a midterm election disaster for Democrats… But his intervention rushed union leaders into an agreement some members were cool on, and foreclosed a chance for Congress to extend the bargaining period. … More time to sell the deal might have gone a long way because it offers workers substantial gains. Rail employees would get a 24% pay increase over five years, their biggest in 40 years. This includes an average of $16,000 in immediate back pay. They’d also retain their platinum healthcare package with a mere 15% premium contribution. … A dispute over sick leave is the biggest reason for some employees’ reluctance. … Congress may need to impose a deal and stop a strike. … Will House Democrats balk now that the election is over?”

One more opinion piece from the Right: If called upon, Congress must halt a rail strike Gerard Scimeca, The Hill Opinion

Americans tend to support unions overall, with 71% saying they approve of organized labor in a poll last month – the highest such mark since 1965 (Gallup).

But a vast majority want to see the potential rail strike averted, with a whopping 92% calling it “important” that a shutdown be avoided.

🗣️ If you want to learn a new language then Babbel is a good bet. Babbel brings a powerful curriculum right to your fingertips. The time-tested strategies have been empirically proven by academics from Yale University, City University of New York, and Michigan State University. In fact, Babbel’s language-learning method is designed to have you speaking in as little as three weeks. Click here to take advantage of their ongoing Cyber Monday sale.

🍸If you're hosting people at your house this holiday season, let Bartesian help you become an amazing mixologist. Bartesian serves premium coctails on demand, and you can use any spirit brand. With the Bartesian cocktail maker, you can experience the quality ingredients and premium pours you’d expect from a cocktail lounge in your own home – all at the touch of a button! Get their best Black Friday deal ever, now through 12/4 while supplies last. Savings of $100 automatically applied to carts over $400.

🪟 You don't have to move into some modern home to enjoy futuristic amenities. Now you can motorize your existing window shades with Ryse. Sit back, relax, and control your shades from your bed, couch, or whatever's comfortable. These are guaranteed to lift any window shade regardless of size or weight. Best of all, Ryse could reduce your energy bill by up to 24% during warmer months. Click here to take advantage of their extended Cyber Monday sale, and get up to 20% off. 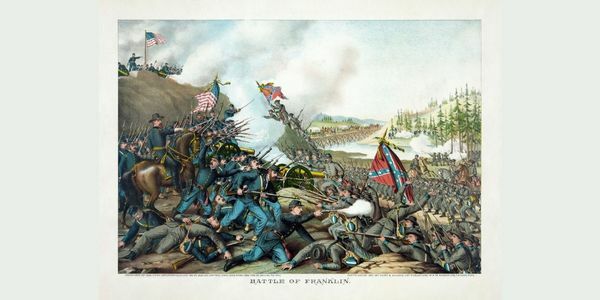 On November 30, 1864, the once proud Confederate Army of Tennessee suffered a devastating defeat after its commander, General John Bell Hood, ordered a frontal assault on strong Union positions around Franklin, Tennessee. Hood lost six of his finest generals and nearly a third of his force. Above is an 1891 painting of the battle by Kurz and Allison.

Task and Purpose: That time the Army tried to develop a missile guided by pigeons

CNN Business: Is this the last Christmas for Sears?