Plus, this party is bringing back smoke-filled rooms on Capitol Hill.

Good morning, and happy Friday! A man was recently revealed as a war hero after his medals were discovered.

Plus, this party is bringing back smoke-filled rooms on Capitol Hill.

Also, if getting in a better headspace is on your list of things to do this year, today's sponsor can help.

Left: House Dems Were Smug, But Do They Have a Plan? Christina Cauterucci, Slate 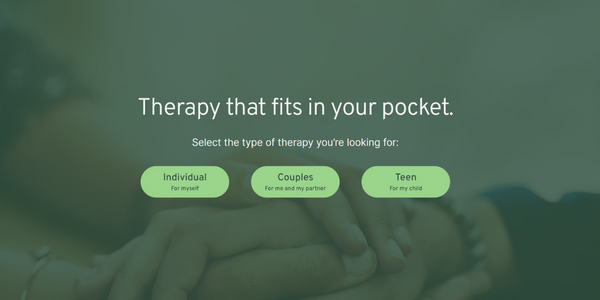 Tap into the world's largest network of licensed, accredited, and experienced therapists who can help you with a range of issues including depression, anxiety, relationships, trauma, grief, and more.

With Betterhelp therapists, you get the same professionalism and quality you would expect from an in-office therapist, but with the ability to communicate when and how you want.

Get matched with a therapist

Economy: Consumer prices fell 0.1% in December, in line with expectations from economists (CNBC)

US: Lisa Marie Presley not ‘breathing’ before rushed to hospital (Fox News)

Weather: Monterey Peninsula could become an island as epic flooding engulfs California cities. And more rain is on the way (CNN)

US: What is NOTAM? The latest on the outage that led to a nationwide ground stop (NPR)

US: Birth rates drop as women wait to have babies (CBS News) 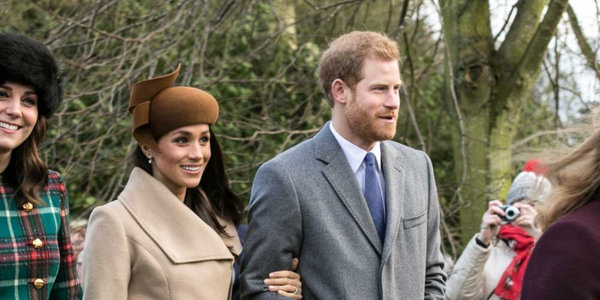 Prince Harry’s memoir “Spare” has climbed to the top of the Amazon and Barnes & Noble bestseller lists, in both the US and the UK, breaking UK records in the process. This comes amid intense focus from the mainstream media, including leaked details and pre-publication interviews.

Reporting from the Left: Spare review: The weirdest book ever written by a royal (BBC)

From The Flag: Harry’s book was released Tuesday, and chronicles his frayed relationship with the British royal family, particularly in the wake of his marriage to American actress Meghan Markle. Here’s more from both sides.

“Prince Harry's 400-Page Temper Tantrum” Brendan O'Neill, Spiked: “This is the most annoying book I have read in a long time. Even the bio on the first page is annoying. The Duke of Sussex, it says, is ‘a husband, father, humanitarian, military veteran, mental-wellness advocate and environmentalist’. … 60 percent of the flights he takes are on private jets… putting ‘environmentalist’ in his actual bio? Now that’s chutzpah. Or gaslighting. One of those. Actually, Spare is a big, fat, wordy act of gaslighting. It’s a 400-page tantrum about family and money and tiaras (I’m not joking). It’s primal therapy masquerading as memoir, where the aim seems to be less to tell the truth about what’s being going on in the deranged House of Windsor than to absolve Harry and Meghan of any responsibility for it. These two are never to blame for anything, apparently. Drama and malice just magically appear whenever they’re around. Curious.”

“Why Does America Have To Suffer Harry & Meghan?” Dominic Green, The Washington Free Beacon: “Every nation gets the royal family it deserves. Americans once had Hollywood royalty, but Hollywood has decayed into virtue-signaling and television streaming. Meghan and Harry are pretenders to the throne of American royalty for the 21st century. A second-rate actress and a spare-part prince are parodying a European past for a fanbase that cannot remember it. … Harry keeps saying that the media killed his mother, Princess Diana. He says the media have damaged his and Meghan’s mental health and complains about the ‘emotional toll.’ He says he wants to protect Meghan from Diana’s fate and that his job ‘is to keep my family safe.’ Yet here he is again, seeking public attention and feeding himself, his wife, and his two young children into the woodchipper of celebrity gossip. It makes no sense.”

The Royal Family Has Been Exposed By Someone It Hurt

“Prince Harry's 'Spare' memoir shows the power of speaking your truth” Steven Petrow, USA TODAY Opinion: “Often it’s nearly impossible to change – much less challenge – the white-washed narratives that define our lives. But Harry did just that: He called out Camilla as the ‘villain’ in his parents’ marriage; he spoke directly to the unconscious racism in his family; he described the heart-stopping coldness of his father; and… how his wife nearly took her life thanks to the ostracism she faced from the Windsors and others. You bet that changes the storyline. ​​… None of this will quiet the critics and the haters, who see both the Duke and Duchess of Sussex as seeking to hurt the Windsors and destroy the monarchy, while raking in millions. (Oh, and of course, don’t forget allegations that Harry and Meghan are two-faced in saying they seek privacy while repeatedly putting themselves in the public domain.) Maybe, just maybe, they should open their hearts and actually listen to what Harry’s saying.”

“Why Prince Harry can't stop oversharing” Peggy Drexler, CNN Opinion: “Among the gossipy allegations Harry lobs at his brother in ‘Spare’ are details of a physical altercation between the two during which William knocked Harry to the floor and left him scratched and bruised… Through these disclosures, what we’re seeing is a little brother desperate to fight back against a lifetime of feeling inferior, but doing so in the dirtiest way possible. And, well, it seems pathetic. Competition between children is common, and sibling rivalry between brothers even more so, especially when there are just two of them. Certainly, most aren’t born into families with set hierarchies that serve to remind them of their exact place. But brotherly discord has existed throughout time, inspiring countless works of art in all spheres (most of them tragedies). Harry is not special — his is one of the commonest dramas of human nature.”

How Harry Fares in Opinion Polling

Survey results published this week show just 26% of Britons hold a favorable view of Prince Harry. That’s the lowest level recorded since the question was first tracked in 2011.

Meanwhile, 64% describe their view of Harry as negative.

Younger Britons are evenly split, with 41% holding a positive view, and 41% holding a negative view. This is a considerable change from December, when 49% of the younger demographic held a favorable view, with 29% feeling the opposite (YouGov).

Help When You Need It, More Minutes of Sleep, Join the Conversation

💬 Therapy is one of the most meaningful gifts you can give to your friends and loved ones. You or your loved ones can message your therapist at anytime, from anywhere. You also get to schedule live sessions when it's convenient for you, and can connect from any mobile device or computer. Gift a membership.

💤 Calm your body, clear your mind. With Apollo’s wearable tech, you can enjoy up to 30 more minutes of sleep each night. Join their community to get expert advice on managing stress and improving sleep. Plus, you’ll be the first to know about new features, products, and exclusive offers. Right now, Apollo is offering free shipping on all orders, plus 10% off.

🗣️ We don’t mean to yell – but how about turning that resolution into reality? Babbel helps you with language learning, so you can get to language speaking. Where will you travel this year? Babbel’s mission is to get you speaking a new language, as soon as possible. Check it out now, because their 60% off won’t last forever.

Rich Thrifting, Giving Better Advice, Not All Spending is Equal 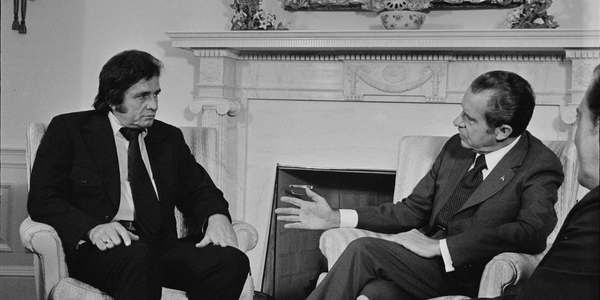 In the midst of depression and a steep decline in his musical career, legendary country singer Johnny Cash arrives to play for inmates at California's Folsom Prison on January 13, 1968. The concert and the subsequent live album launched him back into the charts and re-defined his career.

The Week: Are the Rich Ruining Thrifting?

Scientific American: How to Give Better Advice

Fast Company: Why Not All Spending Is Created Equal

Today I Learned that Florida will pay you to hunt snakes. No license or permit is required.