Plus, that’s a whole lotta dough!

Good morning, and happy Monday! We hope everyone had a wonderful Thanksgiving and fairly easy travels. Now we begin the end-of-the-year sprint, but don't worry, we'll be right there with you to finish 2022 on a high note.

Speaking of holidays, during the Christmas season, you won’t believe how many batches of Pillsbury cookies Americans bake every hour…

Right: Trump Says DOJ Should Spill All Its Secrets About Mar-A-Lago Raid After ‘Repeated Leaks’ To Media (Daily Wire)

POWERED BY THE POUR OVER

Have These Christian Millennials Fixed the News? 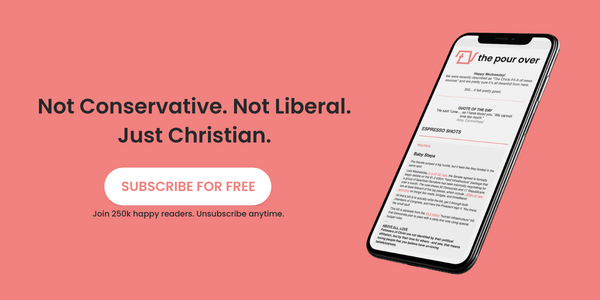 It’s called The Pour Over, and it has two goals: 1) Keep its readers informed about world events. 2) Keep its readers focused on Christ. That means providing politically neutral coverage of events and pairing it with brief reminders from the Bible.

World: US gives Chevron go ahead to pump oil in Venezuela again (Axios)

Sports: Odell Beckham Jr. escorted off plane after reportedly 'coming in and out of consciousness' before flight (Yahoo Sports) 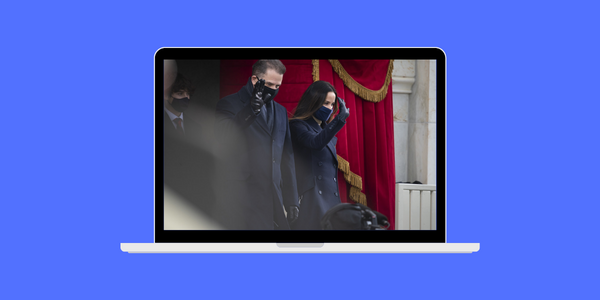 Last week the incoming Republican-led House of Representatives made it clear the investigation into Hunter Biden’s past financial dealings is a top priority. This partly stems from a laptop Biden left at a Delaware repair shop, which contained old emails and messages. Some allege Biden improperly utilized his access to President Biden (then Vice President), for financial gain.

Reporting from the Right: ‘This Is An Investigation of Joe Biden’: House GOP Leaders Vow Corruption Probe (Daily Wire)

From The Flag: Just over two years ago, when the Hunter Biden laptop story was first emerging, we delivered a balanced deep dive. Then, this past spring it reentered the headlines after the New York Times agreed that the laptop was once owned by Biden. Some say the investigation should also look at any potential involvement from President Biden. Here’s a fresh look from both sides.

Hunter Is a Means To An End: Republicans Want To Go After His Dad

“Copy of what's believed to be Hunter Biden's laptop data turned over by repair shop to FBI showed no tampering, analysis says” Catherine Herridge, Graham Kates, CBS News: “Brian Della Rocca, the lawyer for the shop owner, provided to CBS News what he called an ‘exact copy’ of the laptop data provided to federal investigators nearly three years ago. Della Rocca said he considers it ‘clean’ because it predates versions that were widely circulated by Republican operatives to attack then-candidate Joe Biden before the 2020 presidential election. The independent analysis, by two cyber investigators from Minneapolis-based Computer Forensics Services, found no evidence that the user data had been modified, fabricated or tampered with. Nor did it find any new files originating after April 2019, when store records indicate Biden dropped it off for repair. This digital forensic analysis was undertaken because the laptop data, as well as bank records, are at the center of the looming Republican-led House investigation into Biden family businesses.”

“Republicans Are Going to Keep Trying to Make Hunter Biden Happen Ben Mathis-Lilley, Slate: “Republicans will have a narrow majority in the House next year. It’s going to be Hunter Biden time all the time in Congress in 2023! … Why? This is the big question. As Insider recently wrote, it would not be quite fair to say that Republican claims about Hunter Biden’s alleged malfeasance constitute a full-fledged conspiracy theory. During his father’s vice presidency, Hunter was, in real life, paid and granted equity by Chinese and Ukrainian entities with business interests subject to being affected by the US government. … But Jordan and other Republicans are not obsessed with Hunter Biden because they believe humbly in the ideals of ethical government. Instead, they are taking cues from Donald Trump, who for several years has fixated on a number of fantastical and never-proven accusations that Hunter and Joe Biden are engaged in Deep State corruption together.”

One more opinion piece from the Left: If Hunter Biden Gets Indicted, There’s an Upside for Joe Jack Shafer, POLITICO Opinion

Make No Mistake: This Starts with Hunter, and Goes All The Way to the Top

“Media still trying to trick Americans about Hunter Biden” Jonathan Turley, Fox News Opinion: “The Biden family’s influence peddling has always been a scandal left to the eye of the beholder. For some, it was dismissed as Russian disinformation or, more recently, simply the result of a drug addicted son of the president. Neither is true, but Hunter Biden has always been an example of motivated perception, or perceptual bias, where we tend to see what we want to see… the Bidens have succeeded in a Houdini-like trick in making this elephant of a scandal disappear from the public stage. They did so by enlisting the media in the illusion. … For years, the media has continued to report President Biden’s repeated claim that ‘I have never spoken to my son about his overseas business dealings.’ … Of course, the emails on the laptop quickly refuted this claim. However, the media buried the laptop story before the election or pushed the false claim that it was fake Russian disinformation.”

“Time is running out for Joe and Hunter Biden as GOP prepares investigation” Michael Goodwin, New York Post Opinion: “Rep. James Comer of Kentucky, incoming chairman of the Oversight Committee, was blunt about his goal… ‘This is an investigation of Joe Biden’ … That’s a very big idea, which guarantees he will face very big resistance in trying to reveal the evidence and shape public ­opinion. … the biggest hurdle for Republicans will be the lefty overlords who control Big Media and Big Tech. Already the Praetorian Guards are signaling their allegiance to the president and a willingness to use their power to downplay, distort or hide the facts, just as they did with The Post’s initial laptop revelations in the final weeks of the 2020 presidential campaign. They got Joe Biden elected and they’re not likely to abandon him now. Besides, telling the truth about the president would be admitting that Donald Trump was right about something, and that is forbidden.”

One more opinion piece from the Right: The GOP’s Hunter Biden Probe Is Legit David Harsanyi, The Federalist

Majority of Republicans Back Biden Inquiry, and Potential Impeachment

Polling results released last week show 52% of Republicans and just 7% of Democrats feel the next Congress should focus on investigating Hunter Biden.

Just over a quarter of all respondents say the potential impeachment of President Joe Biden ought to be a top priority.

Along party lines, only 6% of Democrats agree that impeaching Biden is of high importance, compared with 55% of Republicans (Morning Consult-POLITICO).

✝️ The Pour Over delivers the day's biggest news in combination with brief Christian perspectives. It's your politically neutral, Christ-first, news source. Plus, it's always summarized in a way you'll both enjoy and understand. Over 240,000 readers have already signed on. Join them for free by clicking here.

🪟 It's not too late to take advantage of Black Friday savings at Ryse. Upgrade the window shades you already own with their simple, do-it-yourself setup. So how does it work? With Ryse you'll have motorized shades and blinds that connect to your smartphone. The scheduling feature can help your sleep patterns and energy bills. Grab the discounts before they're gone.

❓ How do you know when it's time to buy life insurance? You've trusted Gerber since you were a baby. Now, they've got answers to some of your most difficult financial questions. Gerber Life Agency has put together a 60-second quiz to help you better understand if life insurance is right for you. Gerber's Fabric policy is considered ideal for families with young children, for example. Take the quiz now — it only takes one minute. 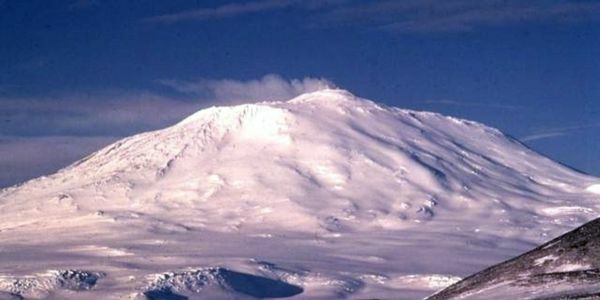 On November 28, 1979, A New Zealander sightseeing plane traveling over Antarctica crashed, killing all 257 people on board. Because of the wrong data on the flight profile, the pilot didn’t know that his descent came right as the plane reached Mount Erebus (pictured above), a 12,444-foot volcano. The plane crashed into the side of the mountain at 300 miles per hour.

The Conversation: Why You Can Smell Rain

Big Think: What’s the real reason you can’t go faster than the speed of light?

Quartz: How to Structure Your Day Better

Today I Learned the longest-running lab experiment is the Pitch Drop experiment. It demonstrates how tar is the most viscous liquid being 100 billion times more viscous than water. Only 9 drops have fallen in the 95 years since it began in 1927.