Plus, here's what you said about Southwest Airlines yesterday.

Good morning, and happy Friday! Yesterday we asked if you think Southwest Airlines will be able to win back customers after its recent hiccups. 67% said yes, 33% said no. For what it's worth, here's what an ex-Southwest pilot thinks of the airline.

Plus, here are 3 rare but powerful skills to master this year.

Also, the weekend is here. Today's sponsor, Tipxy, can help you start it on the right note.

Left: Jeffries Is the Leader of the House Right Now Joan Walsh, The Nation

American Whiskey Made in Bardstown, Kentucky

Or maybe Boondocks’ straight bourbon whiskey finished in port barrels sounds more appealing. It features a beautiful ruby and amber color, with robust, fruity, nicely-balanced warm notes. The subtle port finish is highlighted by aromas and flavors of raisins, vanilla, a touch of smoke, rounded out by an oaky mouthfeel with a long, pleasant finish.

Biden to the Border, Sheath at the Scene, Orthodox Christmas Cease-fire

Business: Peloton fined $19 million for dropping the ball on Tread Plus safety issues (The Verge)

Business: Amazon to Slash More Than 18,000 Jobs in Escalation of Cuts (Bloomberg) 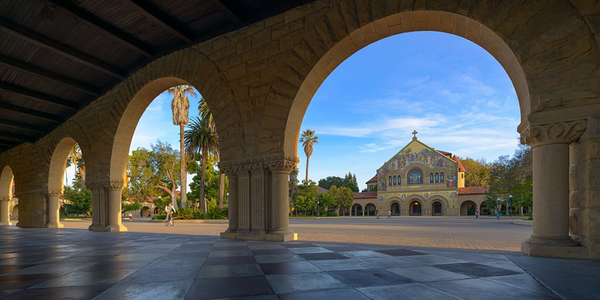 Controversy has ensued in response to the Elimination of Harmful Language Initiative, which originated within Stanford University’s IT department. A related website, which is now locked to non-university members, says the policy aims to "address harmful language in IT at Stanford."

From The Flag: The list of terms the guide seeks to eliminate is extensive and relates to things like race, disability, and other characteristics. Here’s more from both sides of the political aisle.

“BIPOC or POC? Equity or Equality? The Debate Over Language on the Left” Amy Harmon, New York Times: “Americans have always wrestled with language when it comes to describing race, with phrases and vocabulary changing to meet the struggles and values of the moment. But especially in the wake of protests for social justice in the summer of 2020, there is a heightened attention to this language, say scholars and activists, as some on the left try to advance changes in the culture through words. … For some people, though, the new lexicon has become a kind of inscrutable code, set at a frequency that only a narrow, highly educated slice of the country can understand, or even a political litmus test in which the answers continually change. Others feel disappointment, after so many protests [two summers ago] demanded far deeper change on issues like criminal justice and voting rights.”

“Internet goes berserk over Stanford ‘language guide’ that discourages use of ‘American’ and ‘survivor’” Aldo Toledo, Mercury News: “At a time when politicians and the media continue their ongoing debate over critical race theory, LGBTQ discussions in schools and other cultural issues, liberals and conservatives appear to be on the same page about one thing: This Stanford ’language guide’ goes too far. … The 13-page guide discourages the use of what it calls ableist, ageist, colonialist and culturally appropriative language among others, and urges code writers to avoid words from the obvious ‘retarded’ and ‘spaz’ to phrases that might seem more innocuous, like ‘brave,’ ‘American,’ ‘Hispanic,’ ‘cakewalk’ and ‘homeless person.’ … But ‘American’? … (the guide suggests) using ‘US citizen’ instead, partly because American ‘often refers to people from the United States only, thereby insinuating the US is the most important country in the Americas,’ ignoring the other 42 countries that make up the continent.”

Destroying Our Language Is Not Liberal Or Progressive

“The Stanford Guide to Acceptable Words” Editorial Board, Wall Street Journal: “Call yourself an ‘American’? Please don’t. Better to say ‘US citizen,’ per the bias hunters, lest you slight the rest of the Americas. ‘Immigrant’ is also out, with ‘person who has immigrated’ as the approved alternative. It’s the iron law of academic writing: Why use one word when four will do? You can’t ‘master’ your subject at Stanford any longer; in case you hadn’t heard, the school instructs that ‘historically, masters enslaved people.’ And don’t dare design a ‘blind study,’ which ‘unintentionally perpetuates that disability is somehow abnormal or negative, furthering an ableist culture.’ … ‘masked study’ is to be preferred. Follow the science. … Not to beat a dead horse (a phrase that the index says ‘normalizes violence against animals’), but you used to have to get a graduate degree in the humanities to write something that stupid.”

“Stanford's political correctness czars deem 'American' and 'guys' harmful words (no joke)” Ingrid Jacques, USA TODAY Opinion: “Because Stanford is a private university, the directive doesn’t have the same First Amendment implications as it would at a public institution, but it’s still alarming. It’s symptomatic of the wider trends in higher education to coddle students and prevent them from hearing anything that could ‘trigger’ bad feelings. … If Stanford’s IT administrators are backing this list of harmful words, it’s likely other departments are making similar considerations. And I wouldn’t be surprised if other universities were as well, given how trends spread in academia. It’s perfectly fine for Stanford to police campus language for professionalism and politeness – many organizations do. But this goes far beyond that. As wokeness pervades our society, expect to see a lot more limits placed on our daily word choices. That’s what I find most harmful.”

What Term Is Correct? And Who Decides?

Last year at this time, a poll asked Hispanic Americans what they thought of the terms “Latino,” “Hispanic,” and “Latinx.”

Opinions vary in scholarly, official, and cultural settings as to which term is most appropriate.

The majority of respondents said “it doesn’t matter” (56%), while just under a quarter preferred “Hispanic,” 15% opted for “Latino,” and just 4% chose “Latinx” (Gallup).

🥃 How do you like your whiskey? Straight up? Neat? On the rocks? Whatever your preference, make it a spirit worth sipping. That’s why we suggest the collection Tipxy has put together – with rye whiskey, bourbon finished in port barrels, and cask-strength 11-year-old whiskey – distilled by Boondocks in Bardstown, Kentucky. Try some for yourself or purchase a bottle as a gift.

💤 How much would an extra 30 minutes of sleep each night be worth? Some would say priceless. It’s worth noting then that users of Apollo’s wearable tech experience 14% more REM sleep, a 19% increase in deep sleep, and up to half an hour more sleep each day. For a limited time, get 10% off Apollo products.

👶 You’ve trusted them since you were a baby. Now, Gerber Life offers fast and affordable life insurance to protect your entire family. Is life insurance right for you? With Fabric, it only takes a 60-second quiz to find out. Follow this link – an answer is just one minute away. 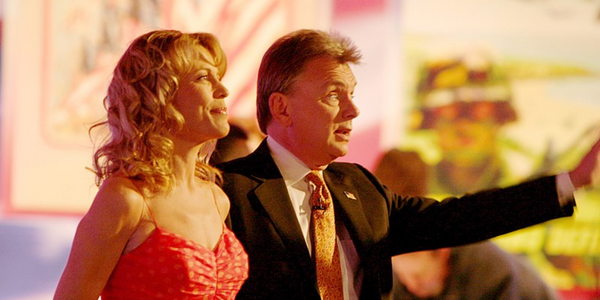 Wheel of Fortune, one of the longest-running syndicated games show in American television, premieres on NBC on January 6, 1975. Created by television legend Merv Griffin and hosted since the early 1980s by Pat Sajak and Vanna White (pictured above), Wheel is one of the most popular television shows in the world.

Pocket: The Serendipitous Science of Luck

The Guardian: The day Queen Elizabeth died: the inside story of her final hours

Popular Mechanics: There Used to Be Aliens in Our Galaxy, but They Killed Themselves Off

Today I Learned in 2004, Dutch scientists left a 'hamster wheel' in the wild, and all types of forest animals, including frogs and slugs, used it throughout the year.