Plus, Americans are willing to spend a lot on their kitchens...

Good morning, and happy Tuesday! Where are all of our railfans and train buffs? We think we found a story you might like. Amtrak recently revealed that a brand-new fleet of more environmentally friendly railcars — called the Amtrak Airo — is set to hit the tracks in 2026.

Plus, thinking about remodeling your kitchen? Here's how much the average American is open to spending on this project...

Also, today's partner Miracle Made is offering some pretty incredible deals on bed sheets and towels. Click here to get comfy.

Left: TikTok’s use of music poses a threat to artistic diversity — an expert explains why (Salon)

Left: What to know about the most important elections in 2023 (Vox)

Right: These Republicans could potentially announce presidential bids in 2023 (The Blaze)

POWERED BY MIRACLE MADE

A Move-In Bundle of Sheets and Towels

Do you know the science behind Miracle? These sheets use anti-microbial silver to prevent 99.9% of bacteria growth. With normal fabrics, after two weeks odors and stains start to develop. Your skin also faces an increased risk of acne as this happens.

But with Miracle, you’ve got minimal bacteria in that time. So, enjoy healthier skin, and reduce the amount of laundry by 33%. Try it risk-free with a 30-night trial, free shipping, and free returns. This move-in bundle includes both sheets and towels – an ideal housewarming gift!

US: 3 dead and 2 hurt after a scaffolding collapse in Charlotte (CNN)

Economy: Israel Kicks Off Year by Hiking Rates to Highest Since 2008 (Yahoo News)

Sports: Brazilians mourn Pelé at the stadium where he got his start (AP) 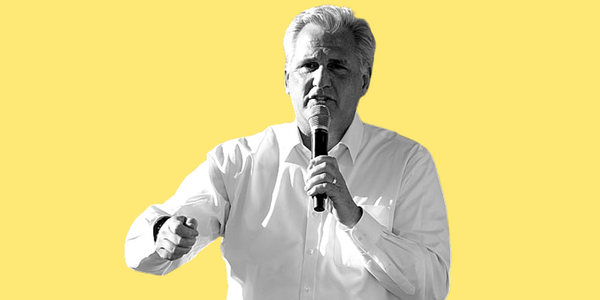 Republicans take control of the House of Representatives today as the 118th Congress begins. House Republican Leader Kevin McCarthy is attempting to become Speaker of the House, but reportedly lacks the votes needed to secure the position.

Reporting from the Right: Some House Republicans concerned McCarthy speakership would continue 'past and ongoing Republican failures' (Fox News)

From The Flag: McCarthy has offered concessions during his ongoing negotiations, including a rule change that would make it easier for him to be removed as speaker. Still, some more right-leaning members of the GOP have refused to back him, ahead of today's vote. Here are reactions from both sides.

“Challenge to Kevin McCarthy Is a Biggs Joke” Karl Rove, Wall Street Journal Op-ed: “Every House Republican is given an ‘assessment’—an amount to raise for the National Republican Congressional Committee… As minority leader, Mr. McCarthy had the largest assessment, at $30 million, or 24% of the NRCC’s $126 million midterm target. He easily exceeded that goal, raising more than $46 million for the NRCC to help the committee smash its target with $184 million raised for it by members. … Without Mr. McCarthy’s herculean efforts, Republicans wouldn’t have picked up 14 seats two years ago and another nine this year. Money isn’t everything in politics, but victory is definitely harder without it. The House GOP leader made certain his side had the dollars to win. Yet some Republicans want to replace Mr. McCarthy as speaker with Arizona Rep. Andy Biggs. Mr. Biggs’s 2022 NRCC assessment was $275,000, or 0.2% of the NRCC’s target budget. He came up short by more than $101,000.”

“McCarthy Is Not the Right Leader for the Moment” Representative Matt Gaetz, Real Clear Politics Op-ed: “The defense of McCarthy is that he isn’t an ideologue. He just wants to get along, they say, and moves with the times. … A leader would stand up to the Biden administration’s demands to send tens of billions of dollars to protect Ukraine’s border instead of ours. A leader wouldn’t wait until thousands of military service members have been kicked out due to a mandate to end it. That’s the problem with living with Frank Luntz and making all of your decisions based on polling data. You will always be late. But enough about Rep. McCarthy, now is the time for conservatives to come to terms with the fact that the Speakership is up for grabs. … There are likely dozens or even hundreds of House Republicans that I would love to support as Speaker. It’s time for them to prove their case. McCarthy has lost his.”

“A Failed Speaker Vote for Kevin McCarthy Would Be a Historical Event” Brendan Buck, New York Times Op-ed: “Electing a speaker is a responsibility given the House by the Constitution. Allowing the process to unravel into chaos would diminish the entire body and destroy Americans’ confidence in the new Congress. … Otherwise, a self-serving power play by a small group of Republicans threatens to make a mockery of the institution and further cement the notion that the party is not prepared to lead. A failed vote would badly weaken Mr. McCarthy or whoever the new speaker will be. The House is a majoritarian institution, and a speaker’s power is ultimately derived from the ability to produce the 218 votes needed to do business. If Republicans are unable to muster the votes for a speaker, it will make very clear from the outset they cannot be counted on to fulfill the body’s basic responsibilities.”

“Kevin McCarthy would do anything to be House speaker. That's the problem” Jackie Calmes, Los Angeles Times Opinion: “McCarthy should not be speaker of the House. … Yet no plausible alternative is running, and certainly no Republican who’d be a better choice than the spineless, shape-shifting McCarthy. … For now, most money remains on McCarthy. Yet since his rebuff seven years ago, he has only made it more clear that he does not deserve to hold Congress’ highest office and stand second in line to the presidency. As House Republican leader, he has been anything but a faithful steward of the institution and the legislative branch. Instead he knuckled under to a would-be autocrat-president, bending the knee even after Donald Trump lost reelection and marshaled an attack on the Capitol in an unprecedented bid to stay in power. McCarthy is, in short, a political hack who has put his own ambition for high office above the interests of the House and the country.”

Who Is Kevin McCarthy? Plus, Checking His Numbers

Polling data suggests Rep. McCarthy is mostly unknown politically, with around 50% of respondents saying they have no opinion of him.

Overall, 12% of Americans approved of McCarthy, while 34% do not. Among Republicans, around 30% approve of him, while 20% feel the opposite (Monmouth University).

🛏️ Are you sleeping on clean sheets tonight? With Miracle Made, the answer is yes. Even after two weeks, these sheets and towels fight odors, stains, and acne-causing bacteria. The key is anti-microbial silver, which eliminates 99.9% of the problem. Learn more and save 33% off the move-in bundle here.

🏌️ When snow is on the ground, it’s a great time to upgrade your golf gear. Just imagine yourself walking the fairways, with the warm sun on your face, alongside a group of buddies. That may be months away – but Callaway’s end-of-season sale is here NOW. They’ve got major discounts while supplies last, and free shipping on orders over $99.

🦅 Visit our nation’s capital and see it up close and personal! With Sightseeing Pass, you’ll choose from 15 attractions and offers, with a singular digital pass that gets you into top attractions. We’re talking HUGE savings and the ability to see Washington, DC on a budget. Check out both the day pass and flex pass to see which option is best for you.

Noriega Nabbed, How to Be Happier At Work, Incredible Castles 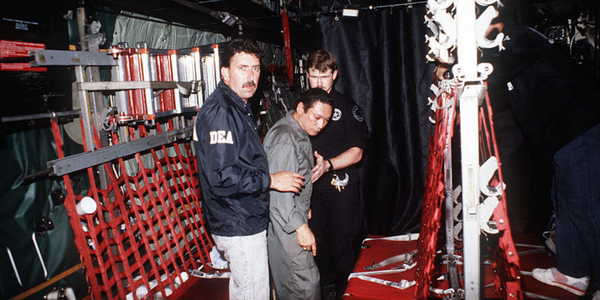 On This Day in 1990: Panama’s General Manuel Antonio Noriega, after holing up for 10 days at the Vatican embassy in Panama City, surrenders to US military troops to face charges of drug trafficking. Pictured above: Noriega being escorted onto a US Air Force aircraft by agents from the DEA on January 3, 1990.

HBR: To Be Happier at Work, Invest More in Your Relationships

Fast Company: How to Set Boundaries at Work in the New Year

Today I Learned that during WWII, German car parts producer Continental tested their rubber boot soles by using concentration camp prisoners who would march 30-40 km per day. Those who slowed down or fell were executed by the SS.