Good morning, and happy Wednesday! World War II veteran Lester Tanner passed away last week at age 99 — and, during his funeral, an American flag was given to his family in his honor. Here's his story.

Plus, we thought this video was pretty interesting. Here’s how to retire with $2 million on a $100,000 annual salary.

Also, if you love reading but feel like you’re short on time, today’s sponsor might be worth a try.

If you’re a curious person who’s always looking to learn more, Blinkist is a resource you’ll want to explore. Learn everything there is to know from books and podcasts in just 15 minutes. Through their shortcasts, it’s easy to get informed in a quick, entertaining fashion.

You’ll get the key ideas from bestsellers in minutes, not hours. And if you’re looking to expand your reading, Blinkist is also a great option. Their research shows 95% of users actually read more after signing up – and 9 in 10 say it’s helped them adopt better habits.

Be more knowledgeable. Be more successful. Be healthier. Be a better parent. Be your best self!

Climate: Global warming has reached the top of the Greenland ice sheet (Nature)

US: Mayors to meet behind closed doors to discuss migrant crisis amid tensions over buses (Fox News)

US: Santos accused of taking $3K from GoFundMe for veteran's dying dog (The Hill) 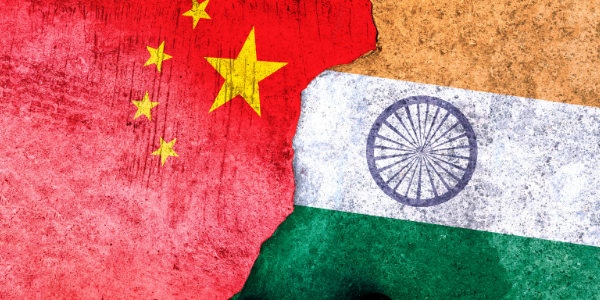 On Tuesday, China reported its population declined in 2022. This hasn't happened since 1961, during the Great Chinese Famine that killed between 15 and 55 million people. Some say India is now the world's most populous country.

Reporting from the Left: India is set to become the world's most populous country. Can it create enough jobs? (CNN)

From The Flag: Meanwhile, China is also in the midst of a near-historic economic slowdown, partially as a result of its since-abandoned zero-COVID policy. Here’s more from both sides concerning the Asian nation’s population and related economic state.

China’s Lagging Population and Economy Are a Double Whammy

“Big News About a Smaller Chinese Population” Editorial Board, Wall Street Journal: “China’s Communist Party tried for decades to engineer slower population growth, and now it has what it wished for. The country’s population declined last year for the first time in six decades… at the same time economic growth fell to its slowest pace in nearly 50 years. … This is happening even though the Communist Party dropped its one-child policy in 2016. Beijing tried for decades to contain population growth, sometimes via forced abortions and sterilizations. This caused enormous social disruption, especially as Chinese parents anxious for sons engaged in sex-selective abortions in large enough numbers to create a significant male-female imbalance. The Party only belatedly realized that slower population growth would make it harder for China to grow rich before its population grows old. Yet now that the Party wants more children, it finds the Chinese public unwilling or unable to oblige. A decline in optimism about the economy may be one reason.”

“China has begun its inevitable demographic tailspin” Andrea Widburg, American Thinker: “In 1968, Paul Ehrlich and his wife wrote The Population Bomb… premised on the Malthusian concept that a wealthy society… produces so many people that its resources fail, at which point there is a horrible, painful, and violent collapse… What neither Thomas Malthus nor the Ehrlichs envisioned… was that technology would make such great advances that well-run countries are able to feed not only their own citizens but other countries’ citizens as well. … The result of Ehrlich’s theories is that Western countries… are no longer replacing themselves and are in steep demographic decline. Although it’s not literally a Western country… China is the country that keeps the rest of us supplied with just about everything. And now, China has admitted that it also belongs on the demographic decline list, resulting from 50 years of its disastrous ‘one child’ policy, which led to the mass murder of female fetuses and infants.”

“The Problem(s) With China’s Population Drop” Paul Krugman, New York Times Opinion: “China’s population declined last year… But why consider this a problem? After all, in the 1960s and 1970s, many people worried that the world was facing a crisis of overpopulation, with China one of the biggest sources of that pressure. … So why isn’t population decline good news, an indication that China and the world in general will have fewer people placing demands on the resources of a finite planet? The answer is that a declining population creates two major problems for economic management. … The first problem is that a declining population is also an aging population — and in every society I can think of we depend on younger people to support older people. … The other problem is subtler but also serious. … a falling population — especially a falling working-age population — tends to reduce some important kinds of spending, especially investment spending.”

“China's Population Decline Doesn't Have to Be A Disaster” Daniel Moss, Bloomberg Opinion: “The retreat was the first since 1961, the final year of the Great Famine under Mao Zedong. The current moment is far less ominous. At the time of Mao’s death in 1976, the economy was an impoverished basket case. It’s now the pre-eminent global exporter and often described as the workshop of the world. … the changes China is undergoing as a result of demographic shifts won’t mark an overnight break with the past. There will likely be much attention paid to generating home-grown demand and the enhanced use of automation in the workplace. For decades, policymakers, academics and businesses have talked about the desirability of moving from an export and investment-based model to something more centered around domestic consumption. The minus headcount will put a great premium on this.”

One more opinion piece from the Left: China’s population is declining — and nothing may change that Bryan Walsh, Vox

Economists explain China’s population is not only in decline, but also aging. As more workers retire, there are fewer people paying into pensions and public health funds. What’s more, the population is disproportionately male, due to the nation’s former one-child policy.

There’s an expectation that Chinese officials will look to expand incentives offered to growing families. For example, a county in northwestern China pays cash to families with babies (CNN).

It’s not entirely clear what impact China’s declining population will have on the global economy. But, from 2016-2018, 36% of all US imports came from the Asian nation (Freight Waves).

Some say the rise of automation will make China’s population decline less relevant, in terms of manufacturing.

Summarized Smarts, Top Notch TV, How To Be Healthy

🎧 What are you most interested in? Whatever that may be, Blinkist has it covered. They’ve created abbreviated shortcasts summarizing books and podcasts. Their library has over 5,500 nonfiction books, covering topics like parenting, science, politics, entrepreneurship, and economics. Start your 7-day free trial here.

📺 Stream your top TV shows in one place. This bundle from Paramount+ and Showtime grants you access to Tulsa King, The Good Fight, 1883, and the new Halo movie. Plus, sports fans will enjoy the ability to stream NFL action and world-class boxing. Try it for free and cancel anytime – bundles start at just $11.99 per month.

🍋 Become a healthier you in just 5 minutes. Health Squeeze is a newsletter that’s designed to make learning about healthy living both easy and enjoyable. Sign up to receive breaking insights and interesting stories spanning the world of wellness, medicine, and nutrition. It’s 100% free to sign up and check it out. 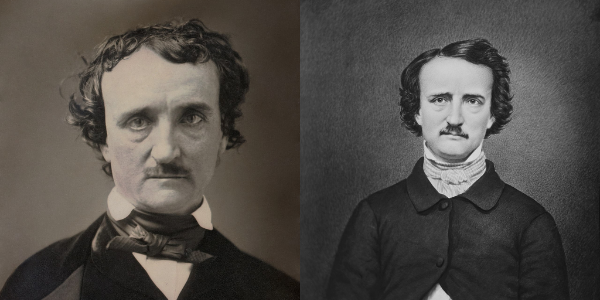 The Walrus: Fast Fashion Is Everywhere on Social Media. How Can Teens Resist?

Vox: Job interviews are a nightmare — and only getting worse

Bicycling: He Didn’t Make the Olympics — So He Used His Bike Racing Skills to Rob Banks Instead