Plus, we’ve been mispronouncing Adele’s name.

Good morning, and happy Thursday! Experts explain why the simple act of humming is so good for the human body…

Plus, mega pop star ​​Adele says we’ve been pronouncing her name all wrong…

Also, prefer your pizza cold? Today’s Flag Find will bring leftovers to the next level...

Left: The Midterms Are About Whether Clown Candidates Will Cost the GOP (Slate)

Put the “Happy” Back in “Happy Trails”

Forget the vacation from your vacation. If you’re prone to travel headaches, Faye is your painkiller. It’s travel insurance that puts the traveler first, keeping your itinerary and wallet safe from changing plans, health crises, lost luggage, and even the dreaded non-refundable cancellation cost.

Although it’s for jetsetters, Faye keeps it down-to-earth. They’ll provide you with a custom quote in under a minute, along with a simple app that keeps you updated in real-time of any changes that may affect your trip.

🛫 Happy trails to you... but first get your free quote today 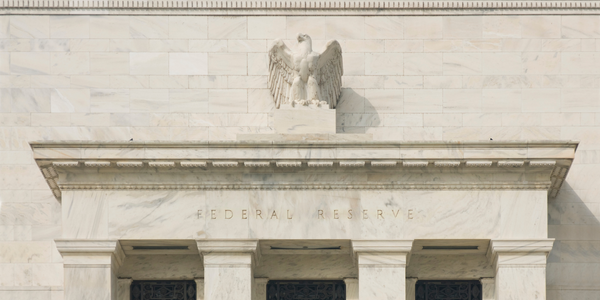 Yesterday the Federal Reserve enacted yet another rate hike, the central bank’s sixth of the year, and the fourth-straight 75 basis-points-hike. The Fed's rate decisions guide what banks and lending institutions charge each other for overnight deposits, effectively determining the “price of money”.

Reporting from the Left: What aren’t we doing to fix inflation? (Vox)

From The Flag: The Fed continues to take action in response to rampant inflation, with prices advancing at their fastest pace in 40 years. We covered the central bank’s fifth rate hike of 2022 in September. Here’s fresh commentary from both sides.

A Soft Landing Is a Pipe Dream, and Spending Needs To Slow Down

“What NASA knows about soft landings that the Federal Reserve doesn’t” Rex Nutting, MarketWatch Opinion: “Fed officials ought to reach out to another government agency that has had remarkable success in achieving soft landings… NASA’s scientists know something the Fed has forgotten: It takes a long time to send and receive messages from space, so they need to account for those delays when sending instructions to their spacecraft… It’s the same way with the economy. The signals that the Fed receives from the economy are often delayed, sometimes by months. Unfortunately, one of the main signals the Fed is relying upon right now to decide how much to raise interest rates is delayed by a year or more. … The Fed is disappointed that inflation hasn’t declined more since it began raising interest rates in March, but how could it when the signals… were sent last summer and fall?”

“It was the economy, stupid” Editorial Board, Washington Examiner: “Since February, Democrats have been laser-focused on the issue of abortion… (or) constantly talking about the Jan. 6 riot and the supposed threats to democracy posed by ‘semifascist’ Republican voters. As we suspected all along, and wrote about on more than one occasion, nobody cares about these issues. … (Now) Democratic strategists… want Democrats to acknowledge the increases in prices that come with inflation and to talk up obscure legislation such as the CHIPS Act and the bill Democrats cynically named the Inflation Reduction Act. … This still seems dubious — after all, it's a bit embarrassing to talk about inflation when you played a large role in creating it. And even if you can convince people it's not your fault, Democrats have just spent the better part of a year pretending that inflation is transitory or doesn't actually exist. How do you come back from that?”

One more opinion piece from the Right: What Republicans must do to halt inflation Jenny Beth Martin, Washington Times Opinion

The Fed Has Done Plenty, and Its Next Steps Can Be Debated

“To beat inflation, the Fed might have to trigger a recession” Editorial Board, Washington Post: “A recession would be unwelcome. But high inflation is a greater threat, and it is already here. … In poll after poll, voters say inflation is one of their top concerns. The Fed is right to be assertive. Its control over monetary policy makes the central bank the most capable inflation-fighter. Raising rates cools the economy by making investment more expensive, which in turn broadly drives down demand, bringing it in line with the economy’s capacity to meet it. Strong Fed action also signals resolve to fight inflation, persuading people not to assume — and make their spending decisions around — higher prices in the future. If such expectations took hold, the economy would risk entering a 1970s-style inflationary spiral, in which consumers buy more now in anticipation of higher prices later, fueling those very price rises.”

“Wonking Out: It’s a Lagged, Lagged, Lagged, Lagged World” Paul Krugman, New York Times Opinion: “Wages are still rising too fast to be consistent with the Fed’s inflation target, but if the economy is really set to weaken, wage growth will probably weaken too. Furthermore, you can argue that past wage growth, like surging rents, partly reflected a one-time adjustment to pandemic-related shocks, which will go away over time. So does the Fed need to do more, or has it already done too much? It’s a judgment call. There is, I’d argue, a strong case to be made that there’s considerable future disinflation already in the pipeline. But is it enough to justify a Fed pause after its next interest rate hike (which is clearly going to happen)? … ​​Over the past year, optimists like me were wrong, while pessimists were right. But past results are no guarantee of future performance.”

One more opinion piece from the Left: The Fed's rate hikes are already damaging the economy Desmond Lachman, CNN Opinion

Polling results released this week showed 1 in 4 likely voters rank the issue of rising prices and inflation as their most important issue heading into the midterms.

More than half (56%) say they have been personally affected by inflation. Of that group, more plan to vote Republican (56%) than Democrat (36%).

Despite recessionary concerns, respondents ranked “the economy and jobs” as the sixth most important issue out of the 15 listed (Economist/YouGov).

In late September we asked our readers if they were confident in the Fed’s rate hike strategy: 75% said no.

👟 Do you launder your assets? Wait. That came out wrong. Yet in the modern era, sneakers are assets, and should be cared for as such. But there are better ways to keep your kicks crisp and clean than tossing them in the dryer––like this dryer bag from Smart Design, which allows you to keep them free of dirt and scuffs. Go feet-first.

🍕 We know that you know pizza tastes better leftover. Even Dominoes does. So, own it, with a reusable, expandable container designed to fit your leftover slices. It’s microwave safe, but, let’s be real: you’re just gonna eat it cold, anyway. Bon appetit!

🛏 Look how neatly this emoji bed is tucked in. Bet you’d sleep better if you laid down in something like that. Here’s a simple tool built to alleviate the physical strain and mental stress that comes with making your bed. Rest easy. 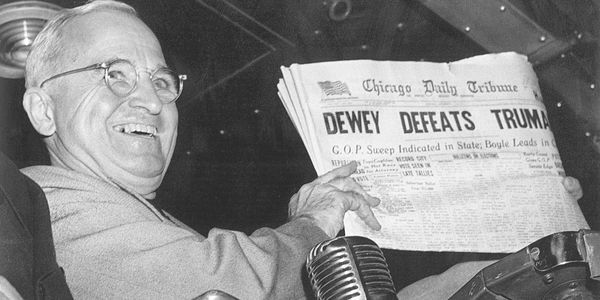 On November 3, 1948, the Chicago Tribune jumped the gun and mistakenly declared New York Governor Thomas Dewey the winner of the previous days' presidential race against incumbent Harry S. Truman in a front-page headline: “Dewey Defeats Truman.” Above is President Truman holding an early edition of the newspaper showing the erroneous presidential election headline.

MIT Technology Review: How to befriend a crow

Huffington Post: How To Locate Your iPhone, Even If It's Turned Off

CNN Travel: A huge tunnel has opened below Niagara Falls

Today I Learned that mushrooms are more closely related to humans than to plants.