Good morning, and happy Wednesday! If you’re looking for a reason to have steak tonight, the health risks may have been exaggerated…

Plus, earlier this week in Dubai, something associated with science fiction made its debut…

Also, this Flag Find is spicy – almost like wearing wasabi…

Right: As Trump Rallies Republicans Across The Country For Midterms, Where’s Joe Biden? (The Federalist)

Take a stroll through the pumpkin patch. Imagine yourself on a haunted hayride enjoying the vibrant autumn leaves. After lighting up this candle, your home or office will immediately bring to mind crisp days spent picking apples and enjoying the changing seasons.

Hand-poured in the USA with an organic cotton wick, this will burn for hours and hours so you can enjoy calm meditation. You’ll immediately detect notes of pumpkin, nutmeg, ginger, cinnamon, clove, sugar, and vanilla. Poured in small batches, these also utilize sustainable materials.

US: White House says Biden will work with Congress to 're-evaluate' relationship with Saudi Arabia (CNN)

US: Baltimore prosecutors drop all charges against Adnan Syed of Serial podcast (The Guardian)

Hollywood: Angela Lansbury, ‘Murder, She Wrote’ and ‘Beauty and the Beast’ Star, Dies at 96 (Variety) 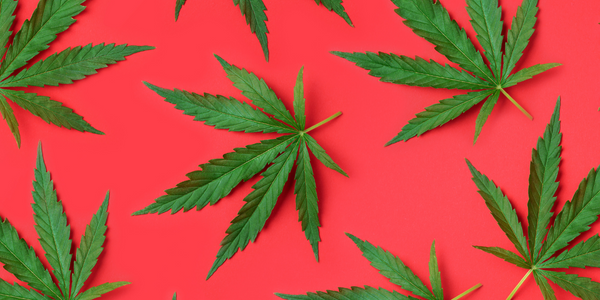 Last week President Joe Biden announced he will pardon all federal offenses for simple possession of marijuana. The President also said he’d like to see the drug removed from Schedule 1 – which is the highest classification the government can give to a dangerous drug.

Reporting from the Left: Kamala Harris on decriminalizing marijuana: 'Nobody should have to go to jail for smoking weed' (Yahoo)

From The Flag: President Biden also called on governors and local officials to follow his lead. This has renewed the debate concerning federal legalization, as 19 states have already permitted marijuana for recreational use among adults. Here’s more from both sides.

“How Weed Became the New OxyContin” Leighton Woodhouse, Tablet Magazine: “For 30 years, Dr. Libby Stuyt, a recently retired addiction psychiatrist in Pueblo, Colorado, treated patients with severe drug dependency. Typically, that meant alcohol, heroin, and methamphetamines. But about five years ago, she began to see something new. ‘I started seeing people with the worst psychosis symptoms… (and) the worst delusions I have ever seen.’ These cases were even more acute than what she’d seen from psychotic patients on meth. Some of the delusions were accompanied by ‘severe violence.’ … As billions of dollars have flowed into the new above-ground industry of smokable, edible, and drinkable cannabis-based products, the drug has been transformed into something unrecognizable to anyone who grew up around marijuana pre-legalization. Addiction medicine doctors and relatives of addicts say it has become a hardcore drug, like cocaine or methamphetamines. Chronic use leads to the same outcomes commonly associated with those harder substances: overdose, psychosis, suicidality.”

“The Marijuana Myth” Heather Mac Donald, The American Mind: “With the midterms bearing down and the post-George Floyd crime wave still underway, President Biden and his fellow Democrats face a dilemma: Continue hammering the theme that law enforcement is racist or position themselves as guardians of law and order? Innate inclination won out again last week. Biden announced that he was pardoning all individuals who have ever been federally convicted of marijuana possession… to ‘right’ the racial ‘wrongs’ that the criminal justice system has allegedly perpetrated. … This claim—equal marijuana use, unequal criminal justice treatment—has been a cornerstone of the Left’s war on cops for decades. … Even if marijuana use and abuse were spread equally among black and white populations, possessing a small amount of marijuana lands no one in federal or state prison, absent more significant criminal activity… Marijuana possession convictions are usually the result of plea bargaining down from more serious charges, whether drug trafficking or other felonies.”

One more opinion piece from the Right: Congress Should Not Legalize Marijuana Editorial Board, Washington Examiner

Voters Support Legalization, Which Is Rooted in Racial Justice

“Ending the war on marijuana is crucial for racial justice” Jennifer Rubin, Washington Post Opinion: “President Biden’s historic pardon of thousands of Americans convicted of a federal crime for simple marijuana possession is a long overdue correction in the overheated war on drugs — a failed effort that has disproportionately affected Black and Brown people and wreaked havoc in communities of color. … ​​To give you a sense of the magnitude of the problem: ‘Between 2001 and 2010, there were over 8 million pot arrests in the U.S. … Marijuana use is roughly equal among Blacks and Whites, yet Blacks are 3.73 times as likely to be arrested for marijuana possession.’ It has long been known that these arrests and convictions have tremendous and lasting costs. They can ‘negatively impact public housing and student financial aid eligibility, employment opportunities, child custody determinations and immigration status.’ That is the very definition of structural racism — something Republicans so often refuse to acknowledge exists.”

“Biden's Midterm Marijuana Gambit” David A. Graham, The Atlantic Opinion: “Joe Biden is an unlikely stoner hero. Three of his four Baby Boomer predecessors in the Oval Office had explored marijuana in their youth, but by the time they became president, they all disdained the stuff. But Biden, like Donald Trump, was a straight-edge who says he never touched marijuana and was skeptical of any liberalization of drug laws throughout his long career in politics. … You don’t get to have a long career in politics, though, unless you can tell which way the wind is blowing—and detect the aromas it carries. … Biden’s move seems timed to coincide with the midterm elections… Though some people have reservations about specific changes to marijuana laws, the decision will likely be popular. Most Republican lawmakers still don’t back loosening restrictions on cannabis, but Republican voters are happy for you to pass the dutchie to the right, or at least the center-right.”

One more opinion piece from the Left: Federal Ban on Marijuana Causes More Harm Than Good Editorial Board, USA Today

Most Favor Legalization, Opinions Split as to Drug’s Impact

In August, a survey revealed Americans are split regarding the impact marijuana has on society, with 50% saying it has a negative effect, and 49% describing it as positive (Gallup).

A month prior, a poll asked respondents for their thoughts on pardoning people convicted of nonviolent cannabis offenses. The majority (65%) expressed support for the idea, compared to 23% who were opposed (YouGov).

🍣 The sushi chef has knit some fresh socks. These socks are truly exceptional and unique. Packed in a sushi box, they make an amazing gift – designed to look like food they’re actually just colorful, hip socks. Roll your way to a great pair of socks (that don’t smell like fish) – at this link.

🍷 Introducing a cute and portable picnic table for your next outdoor wine party. Made of bamboo wood, the table is cut with 4 wine glass holders as well as a nook for the bottle itself. The set also includes cheese knives. So grab your friends, a hunk of gouda, and your favorite vino to pair with this table.

📈 Sadly, holding down a traditional job doesn’t provide much security. Imagine a different reality where you’re your own boss. Make it happen and use the team at Unemployable as your guide. Follow these five lessons to create the perfect business. Sign up here for their Personal Enterprise Playbook email course and newsletter. 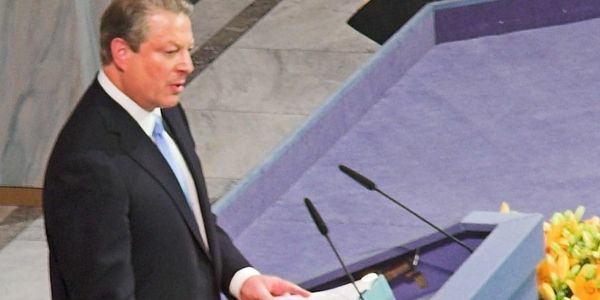 On October 12, 2007, former U.S. Vice President Al Gore and the United Nation’s Intergovernmental Panel on Climate Change are awarded the Nobel Peace Prize for their efforts to increase public knowledge about man-made climate change. Above is Gore receiving the Nobel Peace Prize in Oslo City Hall.

Martha Stewart: Everything You Need to Know About Clover Lawns, the Eco-Friendly Landscaping Trend That Calls for Just 4 Mowings Per Year

BBC Travel: The Japanese Skill Copied by the World

Boston Magazine: Is This the End of the High School Varsity Jacket?

Today I Learned The Wiggles were the highest earning band in Australia in 2013, beating out both Keith Urban and AC/DC.