Plus, quintillions of alien spacecraft.

Good morning, and happy Friday! This octogenarian doctor just ran his 45th Marine Corps Marathon to support an important cause…

Plus, scientists are arguing: is Oumuamua an alien scout spaceship?

Also, sure – this Flag Find is 134 years old – but the mystifying oracle is still providing answers…

Left: New Republican effort to feed "distrust of elections": They want to hand-count all ballots (Salon)

Left: How age-old homophobic language is being used to miseducate voters (CNN)

Right: First Mexican-born congresswoman denied membership in Hispanic caucus because she is a Republican (The Blaze)

Explore More: We’ve Got The Gear You Need

This lightweight, expandable, and versatile fishing vest is a must-have for any angler. Even though you wear it like a vest, it’s more like a pack. You’ve got a rod holder loop, large chest pocket, zippered pocket, and D rings for gear attachment.

You’ll be amazed at how lightweight and quick-drying this vest is. It also breathes better than most competitors’ vests, with a fully mesh backing that’s ideal for fishing in warmer weather. Check out the entire collection from BassDash and you’ll be sure to fish out a winner.

World: Clashes in Iran as thousands gather at Mahsa Amini's grave, 40 days after her death (CNN)

US: Jan. 6 rioter who dragged Mike Fanone into crowd sentenced to 7.5 years in prison (NBC News) 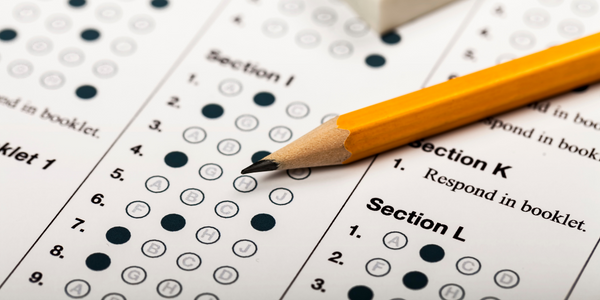 On Monday new testing data was released. It showed that math scores among fourth and eighth graders have fallen in every state since the start of the pandemic. According to the National Assessment of Educational Progress, the results represent the largest decline in math scores since 1990 – which is when these assessments first started.

Reporting from the Left: Those Grade-School Test Scores Are a Really Bad Sign (Slate)

Reporting from the Right: Catholic schools had no change in key test scores despite bombshell nationwide report card (Fox News)

From The Flag: This report also indicated that no states posted improvements in reading among fourth-grade and eighth-grade students. At the beginning of September, we covered the NAEP’s breakdown of testing data among nine-year-olds, which showed a similar decline. Here’s more from both sides.

Bad Actors Must Be Held Responsible, Educators Need To Get Creative

“COVID Devastated Education. This Is a Chance for Renewal.” Mona Charen, The Bulwark Opinion: “In some poor regions of this country, the schools are just dismal. In Detroit… about half of students are poor, (and) 6 percent of fourth graders were proficient in math before the pandemic… this year, only 3 percent are. … That is a catastrophic failure for those kids. If President Biden were wise, he’d convene a big, showy White House conference on the education deficit. He should propose a national volunteer initiative to get retirees… and anyone else with knowledge to impart to offer one or two nights a week to tutor kids in their neighborhoods. We already have the facilities—schools and libraries are everywhere. And we have a very generous populace. About one in four adults—63 million Americans—spends some time every year volunteering. If we had a big national push to get people to tutor students in need, we might just get a big response. More than that, we might also accomplish a collateral goal."

“Why Fauci Can’t Whitewash His Disastrous Legacy” David Harsanyi, The Epoch Times Op-ed: “Fauci now portrays himself as a humble public health official who had merely shared scientific advice and information… conveniently (ignoring) his fearmongering, his coaxing and lying to manipulate behavior and his partisan scheming. Governors regularly leaned on Fauci’s positions as justification for their unconstitutional shutdowns… Fauci praised them for it. Then-presidential candidate Joe Biden urged governors to ‘listen to Dr. Fauci.’ … Fauci blamed the alleged underperformance of the US under Donald Trump on the ‘disparate responses of different states versus the unified approach.’ The unified approach, of course, was the Fauci approach. … Now, in the end, it’s elected adherents of Faucism who are most culpable for the ‘deleterious’ effects of school lockdowns. Fauci merely epitomizes the authoritarian public-health mandarin who is imbued with far too much power and influence. Still, the man who once proclaimed ‘I represent science’ doesn’t get to rewrite history to erase his leading role in that disaster.”

Schools Must Improve, and a More Intense Focus Is Needed

“Learning loss is bad everywhere, and demands immediate action” Editorial Board, Los Angeles Times: “It's no surprise that educational achievement suffered after two chaotic years of school closures… (but) it's still distressing to see the desolate picture of students’ academics and ever-widening gap between low- and high-performing students… The results are hardly surprising given the unprecedented disruption… but they offer concrete proof that K-12 students need more focused attention and resources in the form of tutoring or extended instruction time, depending on specific circumstances. More than just a snapshot in time of how students are faring, the results offer clues for educators, policymakers and parents of how we can better help students. The larger declines in math could mean that students need more support, perhaps one-on-one tutoring or more teacher instruction. … Now that educators have the funds and the data to help guide them, they should use that money wisely. Our children’s future depends on it.”

“Teachers Union Bosses Must Answer for US Students’ Plunging Test Scores” Rory Cooper, Daily Beast Opinion: “Randi Weingarten, president of the American Federation of Teachers (AFT), Becky Pringle, president of the National Education Association (NEA), and their political allies, such as CDC Director Rochelle Walensky, colluded to make medical guidance fit their desired school-closure policy… Red states around the country are already enacting significant policy reforms to combat the influence of these union bosses. … The union bosses awakened a sleeping issue that was mostly discussed in theory at conservative conferences for decades, but which is now a litmus test for candidates in the new populist Republican Party. If you’re a teachers union-supporting liberal, save some of the ire directed at the GOP for the people on your own side who gave your school choice-supporting opponents all the ammunition they’ll ever need. Parents across the ideological spectrum are mad. They’re mad at what a small number of people did to millions of young kids.”

Polling conducted last month asked respondents about aspects of learning loss throughout the COVID-19 pandemic. A majority of Democrats (66%), Independents (64%), and Republicans (77%) said K-12 students fell behind as a result.

Asked about their own children experiencing learning loss during the pandemic, Democrats were more likely to say their child stayed on track (47%) as opposed to fell behind (31%), which were similar to the numbers observed in Independents.

But a majority of Republicans said their child fell behind (53%), with just over 3 in 10 saying they stayed on track (YouGov).

Speaking with Spirits, Halloween Hot Toddy, Light Up the Night

🔮 It’s time to break out the Ouija board. Is it wee-gee, or wee-ja? Either way, it’s a fun, somewhat spooky activity that’s sure to be the hit of your Halloween party. It’s been around for 134 years after all, and was originally described by the Associated Press as the “talking board.” Just ask it a question. What will the mystifying oracle reveal to you? Only time will tell.

☕ While the kids put on their costumes and go out for candy, parents can enjoy their own “treat”. This is a delicious hot toddy mix – in a glass jar – so that making cocktails for your friends is a snap. All you have to do is add vodka, bourbon, whiskey, or rum, stick it in the fridge for three days, and you’re good to go. It’s a tasty way to take the chill out of all Hallow’s Eve.

🎃 Add a piece of functional decor to your (hopefully not haunted) house! Just in time for Halloween, this plug-in light features a glass shade that depicts a spooky, carved jack-o’-lantern and a flying ghost. Unlike cheaper models, the lightbulb is fully enclosed, and the shade can be rotated to accommodate any outlet. Keep spirits at bay with this vivid visual display! 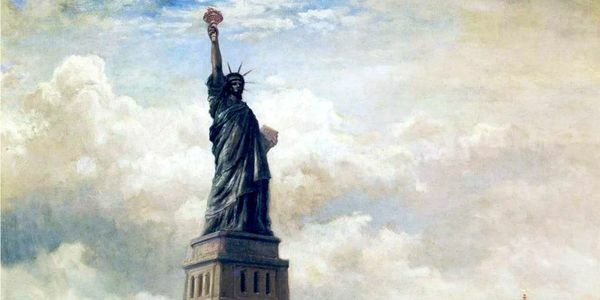 The Conversation: 8 Things We Do That Really Confuse Our Dogs

CNN: The rise of sleep tourism

Today I Learned about Osteo-Odonto-Keratoprosthesis (OOKP) or tooth-in-eye Surgery. Pioneered in the 1960s, where surgeons would put a tooth in a blind person's eye and it can restore sight. It still happens to this day.