Plus, Maui turns off the lights for its birds.

Good morning, and happy Friday! There’s tension between these two Asian nations, but caring for sick pandas helped bring them together…

Plus, this is why landmark skyscrapers now go dark overnight during peak bird migration periods…

Also, Today’s Flag Find will help you live your best life for as long as possible...

Left: Clarence Thomas was ‘key’ to a plan to delay certification of 2020 election, Trump lawyers said in emails (CNN)

Left: Brian Kemp Is a Different Kind of Threat to Democracy (Mother Jones)

Save Two Lives With One Straw

Save the turtles. Save your life. PuriFi lets you have it both ways with their Portable Water Filter Straw. If you get thirsty (as humans sometimes do) on your outdoor adventures, death-defying excursions, or backyard strolls, PuriFi will leave you feeling quenched anywhere you go.

Drinking through this reusable, eco-friendly straw automatically filters out 99.9% of waterborne bacteria. Now, you can turn natural sources of hydration, such as ponds and rivers, into your water bottle. Oh, also, it’s free. Simply cover the cost of shipping when you order through our link.

US: Obama heckled at Arizona rally while stumping for Democratic candidates (Fox News)

Economy: Bank of England expects UK to fall into longest ever recession (BBC) 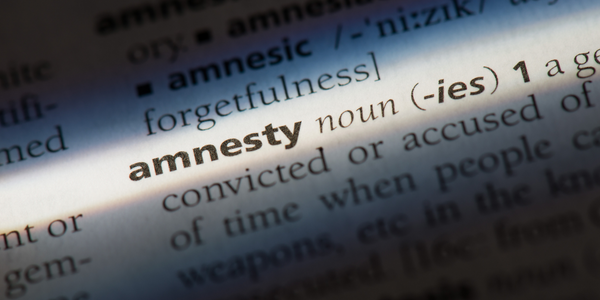 Earlier this week a piece published in The Atlantic by Brown University economist Emily Oster argued we ought to declare a pandemic-era amnesty. This would theoretically apply to how we judge and perceive steps that were taken by public officials in response to COVID-19. Many on the right have responded to the idea with outrage.

Reporting from the Left: Conservatives freak out over Fauci as economist calls for ‘pandemic amnesty’ in op-ed (The Independent)

From The Flag: We recently covered the topic of remote learning and how students were affected by lockdown policies, which features prominently in this edition of the newsletter. Here’s more from both sides on Oster’s call for amnesty.

We Need To Focus on Healing, And Realize Things Have Changed

“What the Pandemic Can Teach Us About Endings” Tala Schlossberg, New York Times Op-ed: “We all remember where we were when the pandemic began. Whether it was the last day of working at the office or the turbulent onset of remote schooling, it was clear we had entered a new and unsettling era. More than two years later, much of life has long since returned to something like pre-Covid normal — and yet few of us would say the pandemic has actually ended, much less pin down a moment when this ending supposedly happened. … there’s something unsettling about this conspicuous absence of a clear ending. After all, we depend on endings to organize and make sense of the world, from the chapters of our lives to the sweep of history. But what if we’ve grown too reliant on knowing when things begin and end? Is there an opportunity to be found in embracing an endless view of the world?”

“How we can recover ground lost to Covid-19 closures” Denise Forte and Randi Weingarten, CNN Op-ed: “In the first results since the pandemic began, the 2022 National Assessment of Educational Progress (NAEP) showed steep declines in the math and reading scores of fourth- and eighth-grade students. … although NAEP results show comparable drops in student performance in school systems that were quicker to reopen. Some critics see this as a chance to point fingers and to use kids as political pawns. We see it as an urgent call to institute short-term and long-term investments and proven strategies to support students’ emotional development and to accelerate learning, especially for Black and Latino students and students from disadvantaged backgrounds, who were underserved and behind their peers prior to the pandemic. … Safety was required to return to in-person teaching and learning. Now is the time to double down on proven strategies, using the resources we are fortunate to have.”

One more opinion piece from the Left: ​​COVID is challenging the public's acceptance of China's surveillance state Lizzie O’Leary, Slate

Forgiveness Is Needed, But Accountability Is Vital

“No Amnesty for Pandemic Tyranny” Micah Meadowcroft, The American Conservative: “The headline reads, ‘Let’s Declare a Pandemic Amnesty.’ It would be risible if it were not so galling. We are to give a pardon to the officials who, over and over, proved themselves blustering little tyrants, and worse, incompetent? Absolutely not. We are to erase the record of those responsible for leaving sick children to waste away in hospitals all alone, for separating husband from wife, for stopping families from holding the hands of the dying or gathering for their funerals? No, no, and again, no. After mandates forced people out of jobs, and the vaccine-turned-therapeutic failed to stop transmission, are we really to stop asking about its potential side effects, or the relationship between pharmaceutical companies and the FDA? Are we really to let bygones be bygones for masking and lockdowns that will set students back for a decade, that shuttered businesses across the country, that multiplied deaths of despair?”

“Now They Want a Pandemic ‘Amnesty’” Editorial Board, Wall Street Journal: “Believe it or not, American Federation of Teachers chief Randi Weingarten on Monday tacitly acknowledged that keeping schools closed during the pandemic was a mistake. … But she also now wants parents—especially if they’re voters next week—to forgive her and her political allies without seeking an apology or holding them accountable. … ‘I agree,’ Ms. Weingarten tweeted a link to a piece in The Atlantic by Emily Oster… (which) argues that Americans should forgive experts and government leaders for their mistakes during the pandemic. … That’s awfully generous to Team Shutdown, which included all of the progressive great and good and nearly all of the media. Yet it was clear by summer 2020 that children were at extremely low risk for severe illness. … But the teachers’ unions lobbied hard to keep them closed and succeeded in far too many places… The results in lost learning have been catastrophic.”

One more opinion piece from the Right: The tyranny of a Covid amnesty Mary Harrington, Unherd Opinion

A poll conducted last month asked Americans how they feel about the pandemic response of public health officials. Just under half (46%) said agencies like the CDC were unprepared for the outbreak, while 31% said the agency did as well as can be expected.

One in three say public health officials were too quick to dismiss views that challenged their scientific understanding of the situation. The same amount argued the group has not gotten enough credit for the good they caused (Pew Research).

🍊 Your health should be a given. And that’s the Health Squeeze mission: giving you the latest healthy habits, daily and free, so you can spend less time wondering if you’re living right and more time living. You might have too many emails, but you only have one life. So do your health a favor and subscribe.

🐊 If your home is your castle, you’ll need a moat. And, no, you don’t need to flood your lawn to make one. Simply scoop this sweet segmented gator statue and see your homestead become medievally protected––from woodchucks, at least. Crikey!

❄ In too deep? Sometimes bad weather can be overwhelming and make you feel buried. This snowfall-measuring lawn ornament won’t dig you out, but it will tell you, to the inch, just how deep you’re in. Dig it. 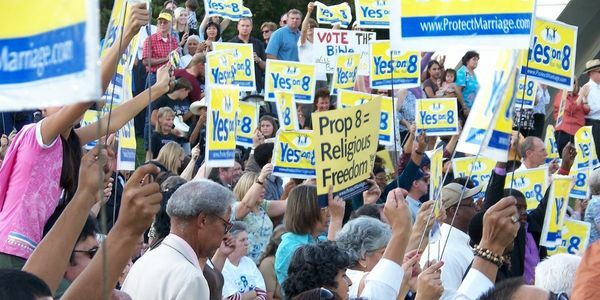 On November 4, 2008, with over 13 million votes cast, California voters approved Proposition 8, which amended the state’s constitution to ban same-sex marriage. The measure was later overturned in court. Above is a photograph of a rally for "Yes on Prop 8," held in Fresno, California.

Life Hacker: A Garment-by-Garment Guide to How Often You Really Need to Wash Your Clothes

Today I Learned cats were a common wedding gift among Vikings due to their association with the goddess of love, Freyja. Men favored women who loved cats, believing that it increased the likelihood of a happy marriage.