Plus, emulating Elon Musk’s dreams for a Mars colony.

Good morning, and happy Wednesday! This woman – saved by firefighters from the 20th floor of an NYC high-rise – says “I would have died without them…”

Plus, a Japanese startup is aiming to become the FedEx of the Moon...

Also, a five-minute quiz that can help you figure out your weight loss goals? Count us in.

Right: Democrats Are Not Going To Relinquish Power Peacefully (The Federalist)

Right: Jean-Pierre completely ignores reporter who confronts her with Biden's own words on shutting down coal plants (The Blaze)

Left: Nancy Pelosi’s frank admission about the attack on her husband (CNN)

Getting started on your health journey doesn’t have to be difficult. Noom gets rid of the exhausting yo-yo dieting, the strict food plans, and the time-consuming exercise requirements.

Their psychology-based approach helps you make behavioral changes to understand why you make the choices you do, so you can start making healthier ones. Their program comes with daily psych-based lessons, guided coaching, and group accountability to help keep you on track as you make your way through your new healthy lifestyle – and you only need 10 minutes a day. Their tracking tools are designed to ensure you hit your goals at a pace that’s comfortable for you.

Noom will help you reach your health goals, and they’ll make sure you aren’t miserable while you’re doing it. Join half a million regular people who are creating sustainable, healthy routines without starving or stressing out. Noom's course gives you the behavior change tools to forgive, practice, and (finally) stick to a plan.

✍️ Take this 5-minute quiz to find out what your body actually needs to lose weight without giving up the foods you love. Click here to get started.

US: Evacuations announced for thousands in Florida ahead of Tropical Storm Nicole (Fox News)

US: A man who flaunted private jets and luxury cars on Instagram gets 11 years in prison for money laundering (CNN)

Business: Musk reportedly considers locking all of Twitter behind a paywall (CNBC) 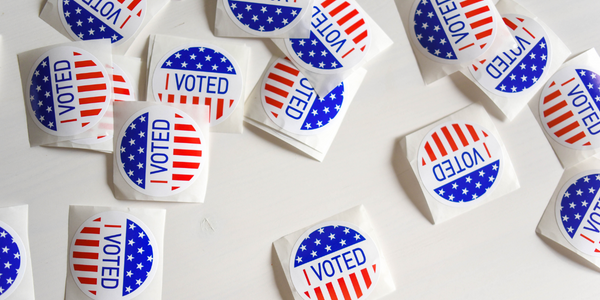 With polls closed, it could be days or possibly weeks before we know the outcome of several key midterm races. This is because some states are required by law to wait until after Election Day to open mail-in ballots, while there are ongoing lawsuits concerning some ballots and things like improper dating. Also, Maricopa County, Arizona — one of the nation's largest counties — experienced problems with its voting machines.

Reporting from the Left: Why midterms 'election night' will be more like 'election week' (ABC News)

Reporting from the Right: White House warns elections results may not be clear until ‘a few days’ after election: ‘It takes time’ (Fox News)

From The Flag: Following the 2020 presidential election, Joe Biden wasn’t declared the winner for several days, and there were legal challenges to voting results in several states. As a similar situation unfolds two years later, here’s more from both sides.

Speed Up the Counting Process, Election Integrity Demands It

“Count All the Votes on Election Night” The Editors, National Review: “In nearly every area of American life, the 21st century has accustomed us to faster service, faster delivery, and faster information. … Yet somehow, the counting of votes only seems to get slower. Worse, the glacial pace at which some cities and states count votes is ever more visible to voters. Websites and cable news can keep us glued to screens as the tallies rise, and then stop, before those counting go to bed for the night, or even sometimes subtract things that were added to the count by error. … None of this is necessary. Many other advanced democracies resolve their elections in one night. While we prefer our system to the political systems of Britain, France, or Israel… there is no good reason why our vote-counting system should be this much slower. … Some sources of mistrust in our election system are harder to repair than others, but this one is self-inflicted.”

“Does Joe Biden Know The Fix Is In?” Matt Keener, American Thinker: “Sunlight is said to be the best disinfectant—and I would propose that the best way you counter conspiracy theories is with absolute transparency. That is what this upcoming election and voters deserve:  A restoration of confidence in their vote. That is why Joe Biden’s 20-minute fear-mongering speech a week before a midterm election—a speech in which he could tout zero accomplishments of his own even as he conflated the attack on Paul Pelosi with Donald Trump, January 6, and ‘election deniers,’ all while simultaneously warning this election might take days to decide as they did in 2020—is so concerning. Biden tried to paint Republicans as extremists while hinting ahead of time that they might question this upcoming election as well. It is a heck of a warning. Is it fair to ask if it is part of their strategy? Did he just tell us their game plan?”

One more opinion piece from the Right: ​​If Republicans Win On Tuesday, Thank The Election Integrity Movement Mollie Hemingway, The Federalist

Settle In for the Long Haul, Which Reinforces the Democratic Process

“Vote counting could take time. That’s good — not a sign of fraud.” Editorial Board, Washington Post: “As Americans await the results of Tuesday’s midterm elections… ​​it is reasonable to expect another ‘red mirage’ in which Election Day votes, which lean Republican, are counted and reported quickly, while mail-in ballots, which Democrats tend to use disproportionately, take more time to tally. In 2020, Mr. Trump falsely claimed that the delay inherent in proper, careful vote counting was evidence of electoral foul play. If the Pennsylvania vote is close, things could get even messier… election officials have set aside thousands of ballots on which voters neglected to write a date or on which they wrote the wrong date. … Things could be smoother elsewhere. Georgia, for example, usually counts its votes quickly. … Americans should exercise patience — and state leaders should take it as another sign they need to fix the mechanics of democracy before 2024.”

“Why we won’t have all the results on election night” Leigh M. Chapman, Philadelphia Inquirer Op-ed: “The question I am asked over and over is: When will we have the results? It’s a fair question. We will all be eager to know the outcome of such an important election. … But the answer I must give may not be the one people want to hear. While we would all like to go to bed on Election Night knowing who won in every race, it will likely take a few days for complete unofficial results. … An accurate count is paramount and cannot be rushed. … That short interval of time does not mean anything nefarious is occurring; rather, it simply demonstrates (a) careful, deliberative process… Dishonest sources who want to sow discord and doubt and create chaos sometimes use normal, expected processing times for election results to spread misinformation and disinformation about the integrity of the election.”

Majority Trust in US Elections, With a Partisan Divide

Polling results released by Gallup last week found 6 in 10 Americans trust in the nation’s election integrity, although Democrats (85%) expressed a higher level of confidence than Republicans (45%).

In a separate poll, an even higher portion of respondents expressed confidence in the nation’s elections (80%), while the partisan divide held.

Nearly a quarter of all Republicans and 19% of Independents said they didn’t trust the accuracy of election results, compared to just 5% of Democrats who felt the same way (NewsNation/Decision Desk HQ).

✏️ Who says weight loss needs to be so difficult? Join half a million regular people dropping the pounds without starving or stressing out. Noom's course gives you the behavior change tools to forgive, practice, and (finally) stick to a plan. What does your body actually need to lose weight? Everyone is different so it depends. Take this 5-minute quiz to find out what is right for you.

🍗 Thanksgiving leftovers are as important as the main course. Carry over both flavor and spirit into Black Friday with these festive foil pans. They’ll brighten your holiday, as well as the next day, or two, or three. Gobble them up.

🛠️ Sod’s Law says, if you adequately prepare for something, it won’t happen. Well, what happens when you prepare for everything? Leatherman’s multitool is an American-made knife and jack-of-all-trades. It will prepare you for anything, so you never need to prepare again. Prepare yourself. 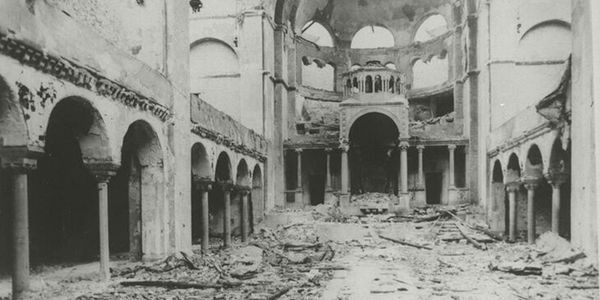 On November 9, 1938, in an event that would foreshadow the Holocaust, German Nazis launched a campaign of terror against Jewish people and their homes and businesses in Germany and Austria. The violence continued through the next day and was later dubbed “Kristallnacht,” or “Night of Broken Glass." Above is the interior view of the destroyed Fasanenstrasse Synagogue, in Berlin.

Lifehacker: The Biggest Wastes Of Time We Regret When We Get Older

Scientific American: What if We Could Live for a Million Years?

Today I Learned the Flynn Effect reveals that human intelligence increases with each generation.