Plus, your next dog may be a robot.

Good morning, and happy Wednesday! This is one of the busiest nights of the year for many bars, with friends and family getting back together ahead of the holiday. Just be safe out there…

Plus, dogs may be man’s best friend but some scientists think robots could work as alternative companions…

Left: How the right’s radical thinkers are coping with the midterms (Vox)

Wine, Dine, and Be Merry

The holidays are here, which means it's time to wine, dine, and be merry. What better way to celebrate the season than with a bottle of red or white?

We're going to keep this short and sweet: Wine.com is offering some grape deals.

You can save up to 50% on holiday-ready reds

You can even get free shipping for a full year for just $49.

🍷 Click here to find out how, and don't let these deals go to waste.

US: Supreme Court declines to shield Trump tax returns from Congress (The Hill)

Hollywood: ‘Avatar 2’ Is So Expensive It Must Become the ‘Fourth or Fifth Highest-Grossing Film in History’ Just to Break Even (Variety) 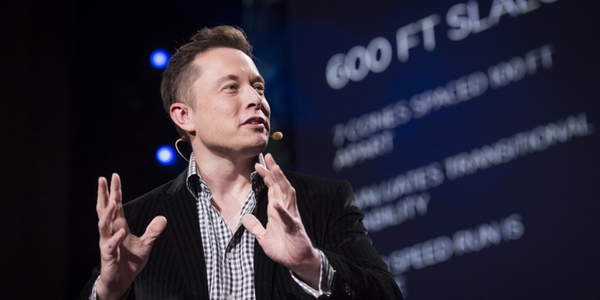 This past weekend Twitter CEO Elon Musk reinstated former President Trump’s account on the social media platform, which had been banned since the events of January 6, 2020. Recent weeks have been tumultuous for Twitter, after Musk took over and began making changes, including layoffs. Trump has said he won’t use the account, since he now posts messages to his own site Truth Social.

Reporting from the Left: The Era of ‘Stay and Fight’ Twitter Is Here (The Atlantic)

From The Flag: Musk also decided to reinstate popular accounts associated with rapper Kanye West, clinical psychologist Jordan Peterson, and parody site the Babylon Bee. This past spring we examined what would happen with Trump’s account after Musk took over as CEO. Now that it’s been reactivated, here’s more from both sides.

“Elon Musk Does the Unforgivable” Roger Kimball, Epoch Times Op-ed: “Yes, that’s right, the man the regime loves to hate, the bête orange of apparatchiks from Liz Cheney to Bill Kristol, from Nancy Pelosi to Rachel Maddow, not to mention globalists and corporatists everywhere, is once again officially a member in good standing of the ‘Twitter community.’ … Anger, outrage, and hysteria followed Musk’s decision. It was as if Edvard Munch’s painting ‘The Scream’ had been transposed into the collective psyche… (But) of all the uncertainties in the world, Musk’s management of Twitter is one thing you can be quite certain about. He means to make it a platform that encourages the dissemination of opinions from a wide range of political, moral, social, and religious perspectives… (taking) a page from John Stuart Mill. In ‘On Liberty,’ Mill famously dilated on ‘the peculiar evil of silencing the expression of an opinion’ that goes against the grain of popular sentiment.”

“Musk: 1; Woke Left: 0” Editorial Board, TIPP Insights: “It is hard to digest that it has been only four weeks since Elon Musk took over Twitter… In this period, the Left has gone wild, accusing Musk of every action as a betrayal. Some called Musk stupid and an idiot, a slander that doesn't hold up to reality. Musk, the founder of PayPal, Tesla, and SpaceX, has forever changed three major industries of our lifetime. … We said last April that a sense of elitism is what brought about Twitter's downfall. Far from being the public square it was meant to be, the platform had become an exclusive club, with strict rules governing membership, access, and dialog. … The liberals are furious that Musk is taking their favorite glass-enclosed elite club and making the platform available to the masses. The attacks on Musk continue, surprisingly, all aired on Twitter. The goal is to kneecap the microblogging site and shut down the platform.”

One more opinion piece from the Right: Elon is Doing Something Called “Whaling and Culling” at Twitter, And the Left is Having a Collective Meltdown Missy Crane, WayneDupree.com Opinion

“I Studied Trump’s Twitter Use for Six Years. Prepare for the Worst.” Brian L. Ott, New York Times Op-ed: “The situation at Twitter has been chaotic. … But nothing Mr. Musk has done and undone is nearly as concerning as his decision to suddenly reinstate former President Donald Trump’s account. Like many of Mr. Musk’s decisions as the company’s ‘chief twit,’ this one is hard to understand. Mr. Musk had previously said he wouldn’t reinstate any accounts until a content moderation council with ‘wildly diverse viewpoints’ convenes. It’s unclear if a council was ever convened; Mr. Trump’s account was reinstated after Mr. Musk conducted an online poll, something he’s historically done to get buy-in for something he’s already decided to do. While Mr. Trump has recently said he has no plans to return to Twitter, that position seems unlikely to stick given his need for attention, the challenges facing his social-media venture Truth Social and his recent announcement to run for president.”

“Elon Musk sees Twitter as a political weapon” Zeeshan Aleem, MSNBC Opinion: “Musk over the weekend reactivated Donald Trump’s previously banned Twitter account, triggering big questions about how the move might reshape Trump's 2024 appeal and how it could affect extremist activity on the platform. But one thing it immediately clarified is the kind of political actor Musk is evolving into and how he envisions Twitter's future. When Musk first expressed interest in buying Twitter, there were many theories on what motivated him. … it was unclear if he was looking to sincerely improve a site he viewed as a video game, or seeking to accumulate social power and boost his businesses' bottom line, or if he was simply an excessively bored, excessively rich man having a laugh. These explanations may still illuminate part of why he acted the way he did. But it's now impossible to ignore the emerging reality that Musk values owning Twitter as a powerful weapon for right-wing activism.”

The Poll That Got This Started, and Grading Musk on the Job

A poll was used to determine former President Trump’s Twitter fate, in which over 15 million users voted yes (52%) to reinstating the account, edging out those who preferred the ban remain in place (48%).

Along party lines, 68% of Republicans approve of Musk’s decision-making while 15% disapprove. Among Democrats, 59% disapprove and just 30% approve (Economist/YouGov).

🍷 Wine.com offers more than just the sweet nectar of the gods. They also sell glassware, curated wine sets, food, and chocolate gifts. If you have someone especially important in your life, maybe you can even consider getting them the Caymus Special Selection Cabernet Sauvignon 2017 6 Bottles in OWC. Warning: it's a pretty steep price tag.

🦶 Guess what Flag Fam? We found another screaming Black Friday sale for you today. Especially if your back is screaming for more support from your feet. This enormous selection of shoes from Orthofeet offers innovative pain relief technology. You can try risk-free, meaning you walk comfortably and pain-free or you get your money back. Click here to get that 40% off Black Friday deal.

💧 After you finish drinking your wine from wine.com, don't forget to take a LiquidIV before you go to bed. It's not a magic bullet, but it will absolutely help minimize the hangover the next morning. These packets are also great to have around the house if you've been gardening, hiking, or fishing all day. Click here to get 25% off. 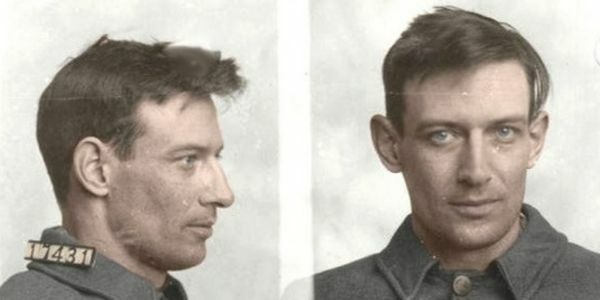 On November 23, 1959, Robert Stroud, the “Birdman of Alcatraz,” was released from solitary confinement for the first time since 1916. Stroud gained widespread fame and attention when author Thomas Gaddis wrote a biography that trumpeted the prisoner's ornithological expertise. Above is a mugshot of Stroud taken circa 1920.

InsideHook: The Story Behind Jones Soda’s Turkey & Gravy, The Soft Drink No One Likes But Everyone Wants to Try

BBC: Why indecision makes you smarter

Apartment Therapy: The 6 Biggest Pet Peeves Home Stagers Have About Your Bathroom

Today I Learned lobsters don’t die of old age due to an enzyme called telomerase, which increases the number of divisions their cells can make. This allows the crustaceans to repair their bodies and live extraordinarily long lives.