Home / 🇺🇸 How Turkey Got Its Name

🇺🇸 How Turkey Got Its Name

Plus, why do we even eat turkey on Thanksgiving?

Good morning, and happy Thanksgiving! Today has to be a top-five American holiday, right? Family, friends, food, and football? That's a lot of good "F-words" flying around. And for the soccer fans out there, this year we even get to add "fútbol" to the list. Not bad!

Since we know you're probably trying to relax today, we're switching up the format with a quick-hitting trivia post from Dan Lewis of Now I Know. How the heck did Turkey get its name anyway? Scroll down to find out and be sure to show off your new-found knowledge at the dinner table tonight.

In Case You Need Someone To Talk To 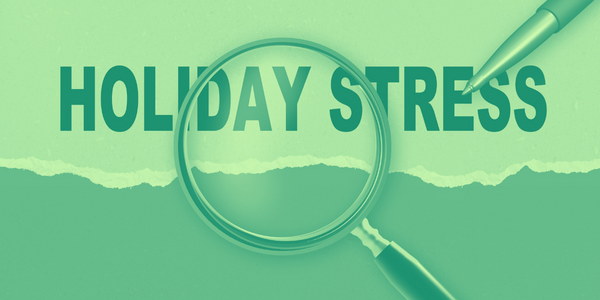 We said it once and we'll say it again, Thanksgiving is awesome, but man can it be stressful.

If you're the life of the party with your friends and family, but secretly need someone to speak to about the stress that is building up behind the scenes, BetterHelp is a great option.

Change-Up: Not all families serve turkey on Thanksgiving. Here's why some are ditching the bird for other options. (Yahoo! Life)

Sign of the Times: The rising cost of Thanksgiving (CNN)

Pardon Me? Biden Pardoned The Thanksgiving Turkeys. Read The Strange Truth Behind The Tradition (LAist)

How Turkey Got Its Name

This week, many American families will gather around the lunch or (and?) dinner table, feasting on a Thanksgiving meal centered on turkey. It’s a celebration of many things, but historically, stems back to 1621, when European settlers (“Pilgrims,” as any American elementary school children will surely tell you) marked the harvest by having a similar meal.

Turkeys are indigenous to the United States and Mexico; in fact, Europeans only first came into contact with turkeys roughly 500 years ago, upon discovery of the New World. So how did turkeys (the bird) end up being named so similarly to Turkey (the country)? Let’s follow that bird’s history from the New World to the Old.

As far as we can tell, the first European explorers to discover (and eat) turkey were those in Hernan Cortez’s expedition in Mexico in 1519. This new delicacy was brought back to Europe by Spanish Conquistadors and by 1524, had reached England. The bird was domesticated in England within a decade, and by the turn of the century, it’s name — “turkey” — had entered the English language. Case in point: William Shakespeare used the term in Twelfth Night, believed to be written in 1601 or 1602. The lack of context around his usage suggests that the term had widespread reach.

But the birds did not come directly from the New World to England; rather, they came via merchant ships from the eastern Mediterranean Sea. Those merchants were called “Turkey merchant” as much of the area was part of the Turkish Empire at the time. Purchasers of the birds back home in England thought the fowl came from the area, hence the name “Turkey birds” or, soon thereafter, “turkeys.”

Not all languages follow this misconception. Others, such as Hebrew get the origin just as wrong, but in the other direction. The Hebrew term for turkey, transliterated as tarnagol hodu, literally translates to “chicken of India,” furthering the Elizabethan-era myth that New World explorers had found a route to the Orient. This nomenclature for the bird is so wide-spread that it self-defeats the historical basis for the term “turkey” in English, as the Turkish word for turkey is “hindi.”

Bonus fact: As for Turkey, the country? The story isn’t as interesting. The word Turkey — actually, Türkiye in Turkish — can be broken up into two parts. “Türk” is a reference to people, potentially meaning “human beings” in an archaic version of the Turkish language. The “-iye” suffix most likely meant “land of.”

Someone to Speak to, Important Year-End Info, and Single Serve Wine (Count Us In)

👂 This time of the year can be super stressful. Trust us, we know. You're not alone, in fact you're far from it. BetterHelp is here if you need someone to speak to. Click here to give it a shot.

✏️ Life insurance is not the most fun thing to talk about, but goodness gracious is it important. While you're doing your year-end planning, be sure to add this to the list. And once you get there, check out Fabric by Gerber Life. They offer fast affordable coverage with prices from $7.86/mo. Is life insurance right for your family? Take this 60-second quiz to find out.

🍷 Are you really going to waste another bottle of wine? That's the question that Wander + Ivy began with. If you drink wine and your husband drinks whiskey then you know it's not fun pouring wine in the sink because you only wanted a glass. If you're looking for single-serve options, Wander + Ivy has you covered. Talk about a good glass of wine.

In 1621, the Plymouth colonists and the Wampanoag Indians shared an autumn harvest feast that is acknowledged today as one of the first Thanksgiving celebrations in the colonies. At the time the festival lasted for three days. Click here to keep reading.

Star-Ledger: How did the turkey come to be our feast bird?

Today I Learned, shortly after the Korean War, there were few refrigerators or protein-dense foods in South Korea. Koreans would barter with American troops for Spam (canned pork). As South Korea continued to develop, Spam became a staple food and is often a common gift given during Korean Thanksgiving.