Plus, the Philadelphia Chicken Man is traumatized.

Good morning, and happy Wednesday! After being freed from prison, he immediately hugged the judge who sentenced him decades earlier…

Plus, this man who ate 40 rotisserie chickens in 40 days says it felt like 'the right thing to do'...

Left: GOP puts on a show of disunity as it edges toward House majority (CNN)

Left: What Trump vs. DeSantis says about the future of the American right (Vox)

Right: The Midterms Showed How the Pro-Life Movement Can Win (National Review)

Night at the Museum, Every Night

This is no digital picture frame. It’s a digital canvas. Meural Canvas II is a gallery-sized, high-definition smart art display. Upload your favorite photos or paintings to make your memories into high art, and transform your home into a gallery.

If pictures are worth a thousand words, how much are thousands worth? There’s no limit to the photos you can upload–or, if you prefer a curated experience, tap into a pre-existing library of 30,000+ museum pieces with a Meural Membership. Plus, link it with Alexa or your voice control of choice to put the ‘art’ back into ‘smart home’.

🖼 Go ahead — show off your great taste.

Entertainment: Beyonce and Jay-Z Are Tied for All-Time Most Grammy Nominations (Variety) 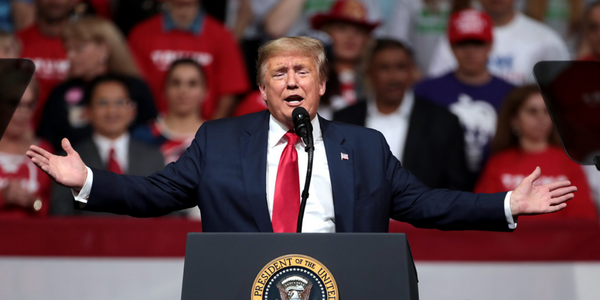 Last night former President Donald Trump announced he will seek the Republican nomination for president in 2024. If he secures the nomination and eventually wins the race he would become the first president since Grover Cleveland to serve nonconsecutive terms.

From The Flag: Speculation has surrounded Trump’s potential candidacy ever since President Biden took office in 2020. Over the summer Trump hinted he was getting ready to enter the race, while we examined a hypothetical Biden-Trump rematch this past spring. Here’s fresh commentary from both sides.

“Trump Is Weak, but the GOP Is Weaker” Paul Krugman, New York Times Opinion: “After their party’s disappointing performance in the midterms, Republican elites seem to have decided that Donald Trump is their big problem. … Will Trump secure the nomination despite elite qualms? If he doesn’t, will a man who has never shown any loyalty to his party or, for that matter, anyone but himself, sabotage the GOP out of spite? … I don’t think it’s romanticizing the past to say that once upon a time politicians who sought the presidency had to appear, well, presidential. That is, they had to display gravitas and dignity; whatever their behavior behind closed doors, in public they had to appear mature and self-controlled. Trump, however, comes across as 76 going on a very bratty 14. He veers, sometimes in consecutive sentences, between cringeworthy boasting (what kind of person describes himself as a stable genius?) and whining, between bombast and self-pity.”

“GOP’s extremism could fuel ‘Blue Wave’ in 2024” Juan Williams, The Hill Op-ed: “You are now warned. Next year there will be even more Republicans in Congress who deny that President Biden won the last presidential election. … And if former President Trump, the man who started the ‘Big Lie’ of election fraud, is back on the presidential ballot in 2024, the threat from those lies will continue to grow larger. … In the next two years, the inflated number of congressional Republican election deniers, combined with a likely narrow GOP House majority, gives Trump added leverage to demand a complete end to bipartisan deals. Trump’s plan will be to obstruct all congressional legislation. He wants the country to be politically polarized because his priority is making Biden look ineffective. … That means Trump will be busy with non-stop bullying of election deniers in Congress to get them to support him by engaging in political mischief aimed at Biden.”

One more opinion piece from the Left: Trump is adored by his followers. Dave Chappelle explained why Dean Obeidallah, CNN Opinion

As Trump Seeks Nomination, Is He Holding Republicans Back?

“Donald Trump’s Presidential Rerun” Editorial Board, Wall Street Journal: “We warned about Mr. Trump’s character in 2016, but once he was elected we covered him like any other President. We owed that to readers, and he had many policy successes: taxes and deregulation, energy security, judges, the Abraham Accords, correcting illusions about Iran, among others. But his character flaws—narcissism, lack of self-control, abusive treatment of advisers, his puerile vendettas—interfered with that success. Before Covid he was headed for re-election. But the damage from his shutdown of the economy combined with his erratic behavior in that crisis gave Joe Biden the opening to campaign for normalcy. Mr. Trump lost a winnable election. Had he accepted that defeat, he might now be poised for a comeback given Mr. Biden’s unpopularity. But Mr. Trump contested the outcome well past any reasonable limit and encouraged his supporters to march on the Capitol on Jan. 6. … The deadly riot will forever stain his legacy.”

“NeverTrump Fraternity Parties On” Roger Kimball, American Greatness: “Is Peggy Noonan back in the driver’s seat? … her Wall Street Journal column… (explained) in a subhead, ‘If (Republicans) aren’t serious about policy, they’ll nominate Trump in 2024 and lose a fourth straight election.’ … Of course, the NeverTrump speakers have been blaring that message since 2016. But someone flipped a switch, and the other bank of stereo speakers suddenly came to life, spouting the same message: The horrible ogre Donald Trump lost the midterm elections for the GOP. … Forget about ‘making America great again.’ The new mantra is ‘making globalism great again.’ Trump represented a frontal assault on that initiative. He may have helped middle-class Americans. But he cost the regime class billions. They will never forgive him. The results of the midterms and Trump’s rhetorical incontinence have emboldened the anti-Trump fraternity.”

One more opinion piece from the Right: Not Even Ron DeSantis Can Stop Donald J. Trump for President Ali Alexander, The American Spectator

On the flip side, 19% said he definitely should run, while 12% said he probably should.

Meanwhile, Florida Governor Ron DeSantis is gaining ground on Trump in the hypothetical matchup for the nomination. While 47% of Republicans or Republican-leaning Independents said they’d back Trump, 33% threw their support behind DeSantis — which is up 7% from a poll conducted earlier this month (POLITICO-Morning Consult).

🦅 If you’re not wearing this shirt already, you’re doing it wrong. Doing what wrong, you might ask? Being free. Freedoming. Because this is the quintessential USA shirt: it’s USA-made, by USA workers, and, like all of us, free. We’ve told you before, we’re telling you again. Be free!

🐭 Just cause you’re asleep during the Zoom meeting, doesn’t mean your mouse should be. This ingenious mouse wiggler will keep your status “active” on Skype, Teams, Slack, and more, whether you’re at your computer or not. Plus, it has a silent and undetectable motor, so your screen will be the only thing it keeps awake. Look, we’re here to find solutions to your problems, not to judge. Shhh.

🥘 Recipes aren’t the only thing to pass through generations. This pressure cooker was made in America, by All American, a business owned by one family, building one thing, since 1930. What does that mean? It was designed to be owned by yours, for longer. Love it now, pass it down. 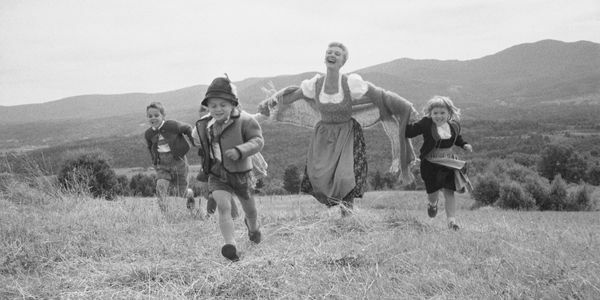 On November 16, 1959, The Sound of Music made its debut on Broadway. It was a smash success right away, featuring a creative team made up of Broadway legends as well as an enormously popular and bankable star in Mary Martin. The musical drew enormous advance sales. Above is a promotional image featuring Martin as Maria von Trapp.

Country Living: How to Properly Wash Fruits and Vegetables

Nautilus: How It Feels to Surf the World’s Biggest Wave

Today I Learned that native English speakers, when using multiple adjectives to describe a noun, have a tendency to put the adjectives in a particular order according to type.