Home / 🇺🇸 He Had a Dream

🇺🇸 He Had a Dream

Plus, why are egg prices still so high? It’s not the reason you think.

Good morning, and happy Monday! This 12-year-old started making all-natural candles to help his mom. Now he has his own shop and donates to charity.

Plus, why are egg prices still so high? It’s not the reason you think.

Also, one of the more surprising things we learned during COVID, was just how important American truckers are to our entire economy. Today's sponsor is giving our readers a chance to invest in the future of the supply chain. Click here to learn more.

Right: Why Are America's Hacks All Fawning Over Harry? Jenny Holland, Spiked

Left: Biden May Have Broken the Espionage Act. It's Too Broad Trevor Timm, The Guardian

Meet The Company Solving One Of The Biggest Problems In Logistics 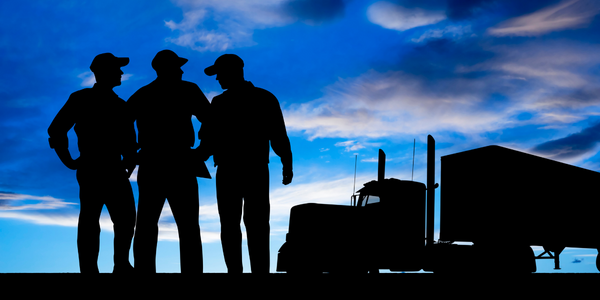 For years, this industry has suffered from gross inefficiency, unnecessary expenses, and near-monopoly control by freight brokers.

29B empty miles - LaneAxis AI spots capacity when and where it’s needed.

Revenue potential for the global marketplace is massive. Drivers receive direct loads and direct payments, eliminating the need for brokers and factoring (“payday loans”), as well as providing rebates on fuel, truck stop discounts, cheaper rates on insurance and much more.

US: Idaho murders suspect Bryan Kohberger had an ‘incel complex’ that drove him to kill: ex-FBI agent (NY Post)

US: Hunter Biden asks court to block ‘estranged’ daughter from taking his surname (The Independent)

He Had a Dream 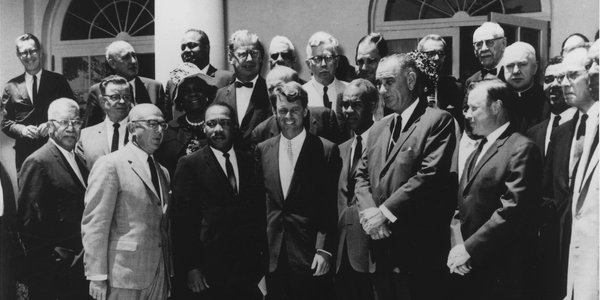 Today is Martin Luther King Jr. Day, a federal holiday first signed into law by President Ronald Reagan in 1983. It’s celebrated on the third Monday of January each year, in honor of King’s birthday, which is January 15.

From The Flag: The campaign to create a national holiday in King’s honor began almost as soon as he was assassinated in 1968. Massively influential in the Civil Rights Movement, King’s legacy of racial equality, hope, and compromise endures decades later. Here’s more from both sides.

We’ve Yet To Build Dr. King’s “Beloved Community” – But He Showed Us the Way

“In honor of Martin Luther King Jr., volunteer and help build community” Amber Martin-Jahn, Seattle Times Op-ed: “Dr. King devoted his life to advancing equality, social justice and economic opportunity for all. The pandemic and events of the last two years have shown us that these inequities Dr. King fought to eliminate still exist in our world. King’s challenge to all of us was — and still is — to recognize the important role we play in dismantling systems of oppression and racism and creating a more just and equitable society. One way to do that is by committing to serve others through service… like cleaning up public spaces, collecting essential items for organizations fighting social injustice and facilitating dialogue that explore ways to address inequity. … Much work remains to fulfill Dr. King’s dream of a Beloved Community, but together we have the power to bring communities together, help others stand against hate, build bridges, and heal divides.”

“Remembering Dr. King” Editorial Staff, Washington Informer: “(The holiday) helps Americans measure how far we’ve come and expose successive generations to the struggle, sacrifices, and achievements Dr. King and the civil rights movement garnered in order to chip away at long-standing inequities and discrimination against Black people. Black Americans have come a long way, and their progress would make Dr. King proud. But there’s so much more work left to be done. A look at the equity landscape shows that Dr. King would still be fighting for quality education for all children, access to quality healthcare, equity in homeownership, jobs, justice and peace. … Honoring Dr. King on the holiday is a must, but more significantly is continuing to discover who he was and what he stood for… we still have a lot to learn from a man who had the faith of a mustardseed and unconquerable hope for the future.”

One more opinion piece from the Left: No room for complacency in times of chaos Bertha Davis and Martha Viehmann, Cincinnati Inquirer Op-ed

MLK Jr. – An American Legend Who Defeated Racism, If the Left Would Let It Die

“Bad Imitations of MLK” David R. Carlin, American Thinker: “I view King as a truly great man. … (He) changed America for the better in two ways: one, by leading blacks to demand their rights; second, and even more important, by convincing whites that they had to rid both their hearts and their institutions of anti-black racism. He freed blacks from suffering racial injustice, and he freed whites from what is even worse, doing racial injustice. … The misfortune came when subsequent black leaders -- Jesse Jackson, Al Sharpton, Black Lives Matter, and a hundred minor demagogues -- felt that they must establish their leadership credentials by imitating King. … And so these demagogues -- ‘civil rights leaders’ as the mass media call them -- have taught American blacks, especially those of the lower classes, that their many misfortunes are the result, not of any inadequacy among themselves or in their way of life, but of the continuing unfairness of a society in which ‘white privilege’ reigns.”

“MLK Day: Equal Rights Versus Equal Results” Larry Elder, The Tribune-Democrat: “On this Martin Luther King Jr. Day, it becomes necessary to again remind us all of the distinction between equal rights, deserved by all, and equal results, deserved by none. … We have had nearly sixty years of ‘race-based preferences’ or affirmative action; ‘set-asides’ or special government contracts for blacks that stoke racial resentment; college admissions standards that make it easier for a black applicant compared to a white student… which has led to higher drop-out rates for blacks… and ‘a war on poverty’ that has resulted in a disastrous increase in black children entering the world without a father married to the mother. In 1975, then-Sen. Joe Biden said: ‘I do not buy the concept… In order to even the score, we must now give the black man a head start, or even hold the white man back... I don't buy that.’ For once, Biden was right.”

Polling data shows the majority of US adults (69%) consider King’s “I Have a Dream” speech to still be relevant today.

The majority of both Democrats (80%) and Republicans (58%) agree, although 42% of Republicans say the speech is no longer relevant.

Keep on Trucking, Give it the Boot, Books for Days

🚚 Meet the company that’s looking to make the US trucking industry more efficient. Nine in every ten products are moved on a truck, and 97% of all those operations are small, independent businesses. Lane Axis is tackling the sector’s gross inefficiency, added fees, and the near-monopoly freight brokers enjoy. You can invest and help them grow – learn how at this link.

🥾 During the winter months you need a good pair of boots. They need to keep your feet dry, warm, and protected. Getting work done in the yard? Hiking through the muddy woods? The original Muck Boot Company will have you ready for the trek. Get free shipping on orders over $50.

📚 Have you made it a New Year’s Resolution to read more in 2023? Get stocked up with titles from BAM! Books a Million. Looking for the new Prince Harry memoir? They’ve got it. Plus 50% off books and calendars. Enjoy free shipping on every order, and check out their Millionaire’s Club. 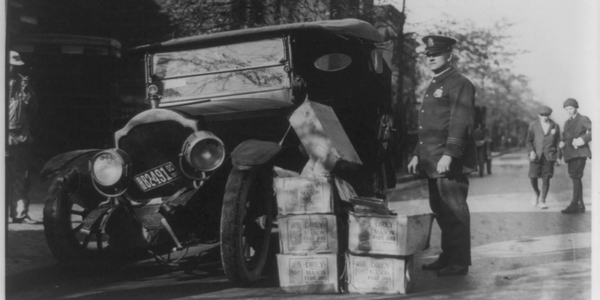 A policeman with a wrecked automobile and confiscated moonshine, 1922.

The 18th Amendment to the U.S. Constitution, prohibiting the “manufacture, sale, or transportation of intoxicating liquors for beverage purposes,” is ratified by the requisite number of states on January 16, 1919.

HBR: 5 ways to acquire new skills without going back to school

Fast Company: How ‘sponge cities’ are redesigning themselves for extreme rain

The Walrus: Why Do Kids Hate Music Lessons?

Today I Learned that a Dutch woman was denied Swiss naturalization despite having lived there for 39 years, because her 'neighbors' deemed her too annoying and not integrated into Swiss society since she often criticized Swiss tradition of hanging large bells on cows' necks.