Plus, the sun “smiled” in this NASA photo.

Good morning, and happy Wednesday! It was at the top of every climate change discussion in the 1980s… new evidence shows it is healing…

Plus, this photo of the sun is really cute, but could actually be a warning for our technologically-dependent society...

Also, do you love America? Today’s Flag Find gives a new meaning to the land of the free.

A Lock That’s Smarter Than A Doornail

It’s about time your security smartened up. August Smart Lock is a convenient and secure door knob you can control entirely from your phone.

Don’t worry about losing your keys––or your sense of security.

🔒 Be safe out there.

US: Capitol Police chief calls for more security around members of Congress (Axios)

US: Supreme Court clears way for Graham to face questioning in Georgia election probe (The Hill)

US: Migos rapper Takeoff shot dead in Houston following a dispute over a game of dice (Daily Mail)

US: Kentucky voters asked whether there’s a right to an abortion (AP) 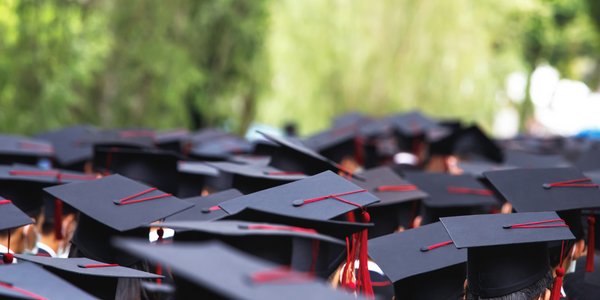 The Supreme Court is considering two cases concerning the use of race or ethnicity as a factor in college admissions. Students for Fair Admissions argues the practice is unconstitutional and violates the 1964 Civil Rights Act. But the court’s 2003 decision in Grutter v. Bollinger upheld the use of race in the admissions process.

Reporting from the Right: The Supreme Court May Kill Affirmative Action. Here’s What You Need To Know. (Daily Wire)

Reporting from the Left: What college admissions would look like if affirmative action is reversed (NPR)

From The Flag: The two cases specifically center on the consideration of race and ethnicity when evaluating student applications to both Harvard University and the University of North Carolina. Here’s more from both sides on the affirmative action issue.

SCOTUS Is About To Set Higher Education Back Considerably

“​​The Supreme Court Is Poised to Handcuff Universities” Donald E. Heller, POLITICO Opinion: “For decades, the Supreme Court has ruled affirmative action can be used to help overcome the historical gap in educational opportunity among racial and ethnic groups. That may be about to change… As a longtime college administrator, I know the practical implications would be huge for many of the more than 3,000 institutions of higher education in this country, especially those among the most elite. I’ve seen firsthand what happens in states where affirmative action has already been outlawed. … While the effect of a ruling banning the use of race and ethnicity in college admissions will likely differ from institution to institution, it is inevitable that the enrollment of Black and Hispanic students — who have been the largest beneficiaries of affirmative action — will decline at these institutions. Universities will likely attempt to find race-neutral ways to maintain their enrollments of historically underrepresented students. But there is only so much that can be done.”

“The Supreme Court Has No Reason to End Affirmative Action. They’re Doing It Anyway.” Dahlia Lithwick and Mark Joseph Stern, Slate: “What changed between Grutter and today? Racial discrimination in housing, education, and many other aspects of American life persist—no matter how badly the conservative justices wish to believe these problems have vaporized… University admissions are still wildly competitive, and underrepresented racial minorities remain at a distinct disadvantage. The most meaningful shift has been in the personnel of the Supreme Court, but it would be a mistake to chalk up Grutter’s demise to a mere change in ideology. The current majority’s grudge runs deeper; it believes that any time a person of color takes a ‘spot’ that purportedly belonged to a white person, there is grievous emotional and dignitary injury afoot that must be stopped. It hurts white people, and it evidently hurts the justices’ own feelings, too. The minor fact that they have no constitutional justification to stop it will not get in their way.”

One more opinion piece from the Left: This is the question the Supreme Court needs to ask Harvard Evan Mandery, CNN Opinion

“Affirmative Action Exposes the Secret Meaning of Equity” William McGurn, Wall Street Journal Opinion: “It’s taken too long, but the Supreme Court has finally put the progressive ideal of equity in the dock. … Much of the attention in court Monday was on diversity. Less examined was the principle of equity, which undergirds it. That’s no accident. … To begin with, its use is almost always disingenuous because its champions are betting that when the public hears the word ‘equity,’ they’ll hear it in the dictionary sense as fair and equal treatment for all. But within the progressive world, everyone understands it as a way to push some races to the head of the line while shoving others back—primarily higher-achieving Asian-Americans, in the case of college admissions. … Which points to another defining feature of equity. Its advocates hate having to define in public what it really means. That is also true of Harvard and North Carolina, which are manifestly uncomfortable spelling out just how equity operates in their admissions decisions.”

“Preening Over Preferences” Heather Mac Donald, City Journal: “In a nauseating display of vanity and duplicity, Harvard president Lawrence Bacow defended the school’s use of racial preferences… in a blast email sent to all members, past and present, of the ‘Harvard community.’ … Harvard’s ‘legal battle’ in defense of its racial admissions preferences has been waged on behalf of all of ‘society,’ according to Bacow. Adopting the cadences of high moral oratory, (he) notes that Harvard has been joined in that battle by society’s elites… According to Bacow, Harvard and other practitioners of racial admissions preferences reject a crabbed understanding of human worth, unlike the advocates of colorblind admissions policies… According to Bacow… ‘Harvard is not alone in believing that we are more than our test scores’ … No advocate of race-neutral decision-making would argue that individuals are defined exclusively by test scores. What such advocates do maintain is that individuals are not defined by race, and that the same standards of admissions should apply to all groups.”

Over Six in Ten Say Race Shouldn’t Be A Factor

Polling conducted last month found that 63% of respondents would support the Supreme Court’s decision if it banned colleges and universities from using race or ethnicity as a factor in admissions (Washington Post/SCHAR).

🦅 We're proud to be Americans. Given you’re reading a newsletter called The Flag, it’s a safe bet you are too. So, wear your patriotism on your sleeve–or, at least, your back-with this “beast” tee. It’s everything we value: high-quality, USA-made, and totally free. You read that right. The land of the free, indeed. Own it now.

🚽 Everyone uses the restroom, but not everyone has a butler. This little statue of a butler holding toilet paper might not be high art or cutting edge. But it is sure to get a giggle out of your guests. You may have missed out on the garden gnome trend, but why not kick-start a new one?

📈 Are you employable? Brian Clark, the brain behind The Personal Enterprise Playbook, would argue we all are — or should be. This free email course will equip you to prosper on your own, in case you’re ever forced (or choose) to go it alone. Forget a career. Build an enterprise. 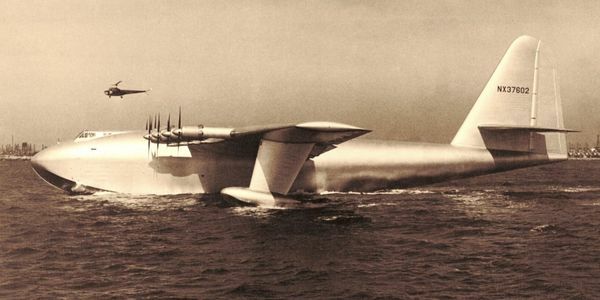 On November 2, 1947, the Hughes Flying Boat—at one time the largest aircraft ever built—was piloted by designer Howard Hughes on its first and only flight. Built with laminated birch and spruce (hence the nickname the Spruce Goose) the massive wooden aircraft had a wingspan longer than a football field and was designed to carry more than 700 men to battle.

The Guardian: The Sugar Conspiracy

Women's Health: The Best Ways To Keep Your Bananas From Turning Brown

Stylist: How Much Coffee Should You Have a Day? An Expert Explains Maximum Caffeine Intake

Today I Learned Japan is working on wooden satellites that can cleanly burn up without leaving debris when they re-enter the atmosphere.