Good morning, and happy Thursday! In Florida tales of courage and hope emerge after Ian’s destruction: like these nuns who were taken in, and this rescued American flag…

Plus, it’s the hottest election in Alaska: a dozen brown bears in a bracket.

Also, this Flag Find is like a hat for your fruit that keeps it nice and fresh…

Left:  Mike Pence looks like he is running for president. But, why? (CNN)

Left: The Court’s Three Liberals Don’t Have a Lot of Power. Here’s What They Do Have. (Slate)

Right: Trump Could Be Back On Twitter By Midterms Under Elon Musk’s Deal (The Daily Wire)

Learn Financial Strategies from the Ultra-Wealthy 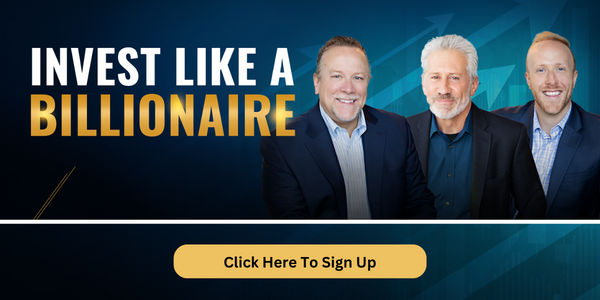 There’s something most investors don’t know. The ultra-wealthy – including billionaires, family offices, and institutions – allocate large portions of their investment portfolios outside of the stock market. This includes assets such as real estate, hedge funds, and private equity.

The average high net worth investor tends to focus exclusively on stocks and bonds. Listen to The Billionaire Podcast and dive into the world of alternative investments while uncovering strategies utilized by the ultra-wealthy. You’ll hear discussions on economics, plus interviews with successful investors as well as alternative investment experts.

World: OPEC+ to cut oil production by 2 million barrels per day to shore up prices, defying US pressure (CNBC) + Marc Thiessen: It's a 'dirty little secret' Democrats want high gas prices to 'get us to give up fossil fuels' (Fox News)

World: A barrier of fear has been broken in Iran. The regime may be at a point of no return (CNN)

World: US officials say Ukraine was behind car bomb that killed daughter of Russian nationalist: NYT (The Hill)

US: Fauci wishes he was 'much, much more careful' with pandemic messaging (Idaho News)

Business: What’s Next for Twitter: Layoffs, a Purge of Spam Accounts, and Trump’s Return (Barron's) 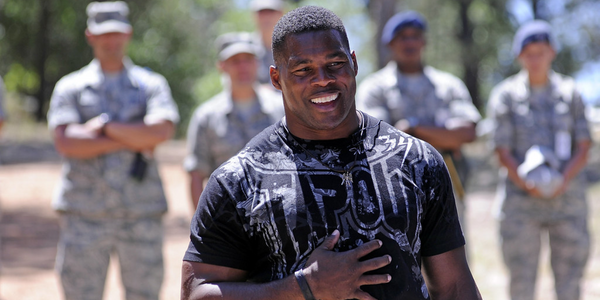 Earlier this week a report from the Daily Beast alleged that Georgia Senate candidate Herschel Walker paid for an ex-girlfriend’s abortion in 2009. Walker denies this ever happened and threatened to sue the publication.

Reporting from the Left: Is Herschel Walker's past too much for Georgia Republicans? (Yahoo News)

Reporting from the Right: Herschel Walker denies paying for abortion, gets dragged by son on Twitter (New York Post)

From The Flag: Walker, a Republican and outspoken pro-lifer, has been accused of being a hypocrite. His son Christian Walker also unleashed a torrent of criticism against his father following the news. Here’s more from both sides.

“Bombshell Abortion Charge Doesn't Dent Herschel Walker” John Gizzi, Newsmax: “In politics, under traditional circumstances, the charge that a candidate had once paid for a girlfriend’s abortion would be a killer — especially in the final month before an election. But, so far at least, that is not the case with Herschel Walker… the onetime University of Georgia football great had what his campaign called a ‘record-breaking’ fund-raising day: $182,000, $50,000 of which came in during Walker’s appearances on Sean Hannity’s TV program to answer the charges. … Coupled with the Daily Beast charge… are the sudden and unexpected salvos from the Republican hopeful’s son Christian. In tweets… the younger Walker claimed that his father ‘lived a life of DESTROYING other people’s lives. How dare you.’ … The elder Walker replied only that ‘I will always love my son.’ Supporters of his told reporters that Christian was ‘a mixed up kid’... Others pointed out that Christian had been supporting his father until two days ago.”

“Herschel Walker Allegations: Will He Drop Out of the Race?” Theodore R. Johnson, The Bulwark: “Before going further, we should acknowledge the human pain and tragedy that’s led to such a political mess. Recall all the other fabrications and unsavory behaviors that have already come to light… Walker’s lies about being a college graduate and valedictorian and about serving as a law enforcement agent; the deeply disturbing story of Walker’s playing Russian roulette; and the allegations of beating and serially cheating on his ex-wife or of secreting away children. … The Republican officials who promoted Walker for the Senate should be ashamed of putting forward this deeply flawed candidate. … Back to politics… There was a time when an ostensibly pro-life politician asking his mistress to get an abortion would be a career death knell. But Donald Trump’s presidential campaign modeled how to overcome the most sensational disclosures: have no shame, label the accusations either fake news or harmless locker room talk, (and) embrace the fallibility as a humanizing feature.”

One more opinion piece from the Right: The case for Herschel Walker Rajan Laad, American Thinker

Walker’s Campaign Is a Disaster for the GOP

“Can Herschel Walker Survive the Implosion of His Heroic Image?” Ed Kilgore, New York Magazine: “To fully understand the crisis that has overtaken Herschel Walker’s US Senate campaign in the last day you have to comprehend the heroic image he had in Georgia heading into this first run for office. … an iconic athlete who won the Heisman Trophy … Walker was quietly stolid, even humble … a reassuring figure in the early 1980s to the many white conservatives who cheered his gridiron exploits and thought of him as a ‘credit to his race,’ as the racist phrase goes. In that respect – and as a long-time friend to his first real boss, Donald Trump – Walker was the perfect Republican candidate to take on Georgia’s first Black senator, Raphael Warnock. … Even as he brushed aside primary opponents… the suspicion that Walker’s self-presentation concealed a complicated man with a closet full of skeletons continued to grow, even in Republican circles. … Walker was rated even money to win. Until this week.”

“As Herschel Walker’s son erupts, the GOP has only itself to blame” Greg Sargent, Washington Post Opinion: “Leading Republicans cannot be permitted to bury their own role in making Walker the nominee. Unsurprisingly, their active involvement in securing Walker the nomination is deeply entangled with ongoing GOP kowtowing to Donald Trump — and with continued GOP footsie-playing with the pathologies of Trumpism. Republicans are already scrambling to point fingers… To top it all off, in a remarkable eruption of anger and pain, Walker’s son Christian tweeted a torrent of criticism of his father. … The Republican response is threefold: Some are publicly insisting this is all a big nothingburger, and others are blaming Democrats, while still others privately move to pin the blame of a potential Georgia loss on Christian Walker in ugly and vicious terms. … let’s note that a meltdown of this colossal scale by Herschel Walker’s campaign was utterly predictable.”

One more opinion piece from the Left: GOP to America: Family Values Are for Suckers Matt Lewis, Daily Beast

How Important Is Abortion? And What Polls Say Now

According to analysis from the Washington Examiner, abortion was the second-most important issue among Georgia voters as of September 19. Education ranked as the top issue. That said, abortion seemed to be slipping in importance as the month wore on, registering as one of the least-researched topics as of September 26.

The most recent polling shows incumbent Senator Ralph Warnock either leading or tied with Walker. FiveThirtyEight’s average has Warnock 2.1 points ahead of Walker, RealClearPolitics’ average gives Warnock a 1.3 point lead, and the Cook Political Report identifies the race as a toss-up.

💑 Stay connected to your loved ones – even when distance keeps you apart. These long-distance connection bracelets are designed to mimic the natural vibration of your significant other. The encrypted private chat feature also lets you share intimate moments. Uses Bluetooth technology and holds a charge for days! Grab your set and gift one to that special someone.

⚾ It’s October, so baseball is on the mind! These stunning blueprints of MLB ballparks are a sharp decor option for that baseball fan in your life. All the classics are available – Yankee Stadium, Fenway Park, Dodger Stadium, Wrigley Field – as well as parks that are no longer in use like the Astrodome or LA’s Memorial Coliseum. Check out this cool gift option ahead of the holidays.

🍌 Keep your bananas fresher for longer – with Nana Hats. But how? Well, as bananas ripen they release ethylene gas. Nana Hats are silicone caps that slow the absorption of the natural ripening element – keeping the fruit fresher for longer with fewer brown spots. Check them out right here. 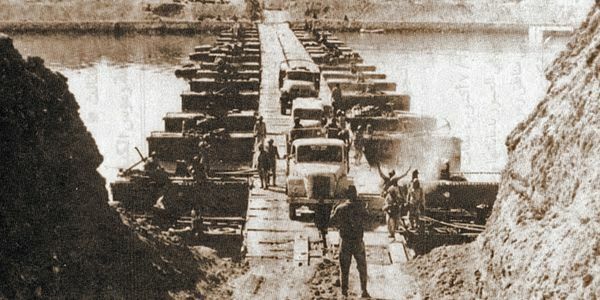 On October 6, 1973, a surprise attack carried out by Egyptian and Syrian forces against Israel threw the Middle East into turmoil, and threatened to drag the United States and the Soviet Union into direct conflict for the first time since the 1962 Cuban Missile Crisis. Though actual combat did not break out between the two nations, the events surrounding the Yom Kippur War seriously damaged US-Soviet relations. Above is a photograph of Egyptian forces crossing the Suez Canal.

Quartz: How Headphones Are Changing the Sound of Music

The Conversation: What position should I sleep in, and is there a ‘right’ way to sleep?

Today I Learned one serving of Kiwi has more potassium than a banana, more vitamin C than an orange, and more vitamin E & K than an avocado.