Plus, the NYC sky is filled with drones.

Good morning, and happy Monday! A judge asked if anyone had anything to say at this adoption hearing, and a little boy unexpectedly spoke up…

Plus, A swarm of 500 drones filled the New York City sky last week…

Also, do you work from home? Today’s Flag Find is a remote work hack that’s as quiet (and sneaky) as a mouse.

Left: The plan to save America by killing the partisan primary (Vox)

Left: The Only Way to Navigate the Election Storm Ahead (Slate) 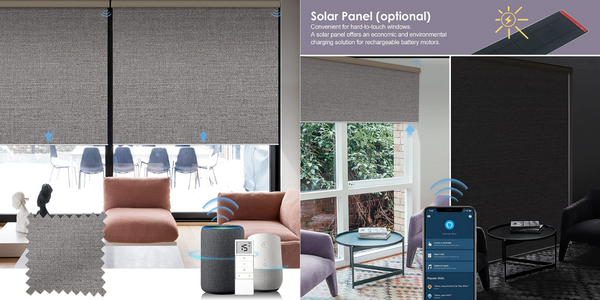 Hey Alexa! Open sesame. August Home Systems provides the only password you’ll need with their smart lock technology. Replace your doorknob with an app-controlled, smart-home-compatible lock and you’ll never have to worry about forgetting your keys again.

Share pass codes with friends and family, monitor entry from a live activity feed, or simply enjoy the convenience of a door that knows to open when you arrive and lock when you leave. Make the smart choice when it comes to your security.

🔒 Be safe out there. 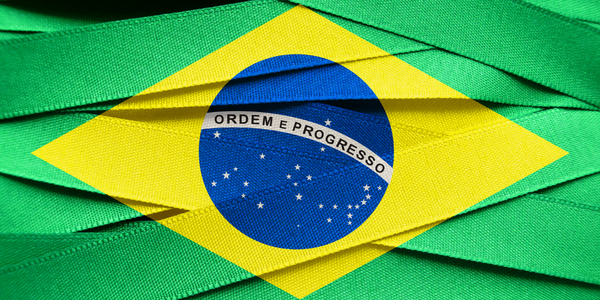 In Brazil, a tightly-contested runoff election resulted in former President Luiz Inácio Lula da Silva being declared the winner, edging out incumbent President Jair Bolsonaro. Da Silva, who is known as Lula, was imprisoned on charges of corruption and money laundering in 2018 but was later freed - after a judge ruled the court that tried him didn’t have jurisdiction. Bolsonaro has been accused of enacting policies that led to increased deforestation of the Amazon.

Reporting from the Left: With Bolsonaro tamed in defeat, Brazil steps back from brink (POLITICO)

From The Flag: Lula is considered left-leaning and was part of Latin America’s so-called “pink tide,” or political turn left, when first elected in 2003. Bolsonaro has agreed to the transition of power but did not concede defeat, after his supporters blocked roadways in protest last week. Here’s more from both sides.

“Did Brazil Have a Fair Election?” Augusto Zimmermann, Epoch Times: “Brazil has a Superior Electoral Tribunal (TSE) where its electoral judges create rules, decide on disputes, and even supervise the finances of electoral campaigns. … Curiously, some of these top electoral judges campaigned openly and ferociously against one of the candidates—President Jair Bolsonaro. On February 19, for example, the then president of the electoral tribunal, Luis Roberto Barroso, spoke at the Texas University Law School on the rather peculiar topic of ‘Ditching a President.’ … Further, on August 1, 2021, millions of people took to the streets of major cities in Brazil to protest against the apparent lack of transparency in the electronic voting system. … an opinion poll carried out by DataPoder360, released on June 15, 2020, revealed that the vast majority of Brazilians consider the performance of the judiciary regular, bad or horrible. … (This) demonstrates declining confidence in the courts and increased cynicism about the realisation of the rule of law in the country.”

“Lula’s victory is a triumph for Brazilian democracy” Tim Black, Spiked: “In the end, it proved to be a narrow victory for Luiz Inácio Lula da Silva… But as slender as Lula’s winning margin has turned out to be, the election itself is a resounding triumph for Brazil’s democracy. In the run-up to both this weekend’s presidential run-off and the first round of the contest earlier this month, pundits and politicos across the West warned constantly that an insurrection could be imminent. … Predictably, they claimed that Bolsonaro would likely launch a version of Donald Trump’s ‘January 6’ – the chaotic Capitol riot that has since been mythologised as a failed insurrection. … Bolsonaro has effectively served as a proxy for everything that right-on centrists loathe about populism in their own countries. They conjure him up as the embodiment of all that they consider evil. He is a climate change-denying destroyer of the Amazon rainforest; a transphobic misogynist; and, perhaps worst of all, a proxy-Trump.”

One more opinion piece from the Right: ​​What the election in Brazil can teach America Cal Thomas, Tribune Content Agency Opinion

“Brazil bids farewell to its ‘Trump of the Tropics.’ Now the hard work begins” Arick Wierson, CNN Opinion: “It was a nail-biter of an election… Lula’s victory marked a sharp rebuke of Bolsonaro’s irreverent and often-times controversial governing style… like Trump, (Bolsonaro) was widely criticized for his handling of the coronavirus which resulted in nearly 700,000 deaths in the country, according to the World Health Organization. Moreover, Bolsonaro’s aggressive anti-LGBT agenda, decidedly anti-environmental policies and authoritarian tendencies made him something of a pariah in the international media. … fears that Bolsonaro might not accept the results or even stage a coup are quickly dissipating as even pro-Bolsonaro conservative media is accepting the results. That’s the good news. The bad news is that, now come January 1, when Lula is sworn in for his third term as President, he will have to find a way to govern a country that is deeply divided and highly mistrustful of the other side.”

“After Two Tense Days in Brazil, the Path Is Clearing for Lula’s Comeback” Jon Lee Anderson, The New Yorker: “Few political encores of modern times have been as epic as that of Brazil’s maximum politician, Luiz Inácio Lula da Silva, who celebrated his seventy-seventh birthday last week. … In a manner that felt reminiscent of Joe Biden’s conciliatory words after beating Donald Trump, in 2020, Lula alluded to Brazil’s bitter divisions by saying… ‘There aren’t two Brazils. There’s just one.’ (His supporters in the room applauded, but everyone knew that it wasn’t true.) … He proclaimed that ‘authoritarianism and fascism’ in Brazil had been defeated, and that democracy had returned. … Just as Trump began referring to Democrats as ‘socialists’ during his time in office, Bolsonaro, his unabashed protégé, has routinely vilified Lula’s followers in the left-of-center Workers’ Party as ‘communists.’ … As Lula spoke in Monday’s predawn darkness, his supporters, their arms raised in the air, laughed and shouted, and many cried with emotion.”

One more opinion piece from the Left: What Bolsonaro’s Loss Reveals About the Limits of Populism Yascha Mounk, The Atlantic

In his first speech as President-elect, Lula vowed to protect the Amazon Rainforest. But voting results show Bolsonaro won in a majority of the 256 municipalities that make up the Arc of Deforestation, where 75% of the Amazon’s deforestation has occurred.

In eight of the 10 Brazilian municipalities that experienced the highest rate of deforestation last year, Bolsonaro won (Mongabay).

🐭 Just cause you’re asleep in the Zoom meeting, doesn’t mean your mouse should be. This ingenious mouse wiggler will keep your status “active” on Skype, Teams, Slack, and more––whether you’re at your computer or not. Plus, its motor is silent and undetectable, so your screen will be the only thing it keeps awake. Look, we’re here to find solutions to your problems, not to judge. Shhh.

🐶 “Tastes like dog food” shouldn’t be an insult. These rawhide-free, 100% beef chew sticks will strengthen and satisfy your dog’s joints, teeth, gut, and taste buds. Don’t ask how we know. All we’ll say is, if you had to share a meal with your furry friend, you could do a lot worse. Chow down.

🧤 This is not an ad for a glove. Just a pair of shoes that will fit you like one. Quilted and insulated, these are primed to be your next house slippers––even if you call the great outdoors your home. Keep warm. 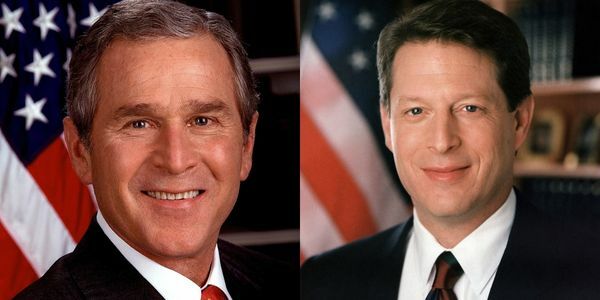 On November 7, 2000, the presidential election resulted in a statistical tie between Democrat Al Gore and Republican George Bush. The results in Florida were unclear by the end of election night and resulted in a recount and a Supreme Court case, Bush v. Gore, which ended the dispute in favor of Bush a month later. Above is Bush (left) and Gore (right).

Wired: The Most Vulnerable Place on the Internet

Harvard Business Review: Relax, Turn Off Your Phone, and Go to Sleep

Today I Learned About 7000 years ago, bananas were not the seedless, fleshy fruits we know today. The flesh was pitted with black seeds and nearly inedible.