Plus, why are so many babies born around 8am?

Good morning, and happy Thursday! Get a load of this: here’s a list of predictions made in 1923 about 2023.

Plus, why are so many babies born around 8am? Here’s a closer look a human birth patterns.

Also, if you follow the markets and enjoy learning about interesting trades, today’s sponsor, Raging Bull, is probably right up your alley.

Right: Lizzo describes cancel culture as 'appropriation,' says it is being 'misused and misdirected' Alex Nitzberg, The Blaze

Left: If Democrats Want to Win 2024, They Need to Punch Back Hard Mark Green, The Nation

Left: This College Helped a Prominent White Nationalist Leave the Movement. Here’s What He Thinks About DeSantis’ Plan For It Molly Olmstead, Slate 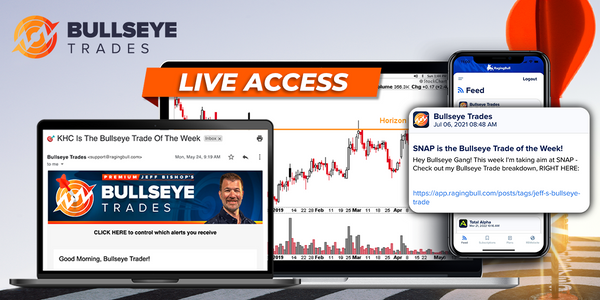 Jeff Bishop is a literal stock-picking genius. He has been making great trades for over 20 years, and this is your opportunity to get access to his #1 trade idea every single week, along with his complete game plan for how he wants to attack this stock with his exact entry/exit targets and even the exact option contract & price he is looking to buy it at. Best of all – everything is in your inbox before the market opens each week! 📬

It is the most transparent, reliable tool you will find for becoming a sharper, better-educated trader.

Find out why 22,368 traders like you have made the move to join Bullseye Trades 🎯

👉 Just enter your email here, and you can instantly unlock access to everything Bullseye has to offer.

Pro tip: Be sure to enter your mobile number to get fast-breaking trade ideas during the week! 📱

Entertainment: Jeff Beck, British guitar legend who rose to fame as an influential rocker in the 1960s, dies at 78 (NBC News)

US: Amtrak passengers stranded for 29 hours feared they had been kidnapped (The Guardian) 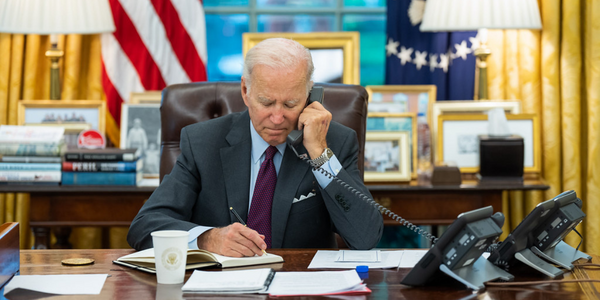 On Monday, President Joe Biden’s attorneys confirmed they had discovered classified documents from his time as vice president, stored at a private office he used in Washington, DC. Those documents were reportedly turned over to the National Archives in November of last year.

Reporting from the Right: Biden 'surprised' to learn of classified docs at Penn think tank: 'I don't know' what's in them (Fox News)

From The Flag: This past summer, the DOJ conducted a raid at former President Trump’s South Florida home, after classified documents were discovered there. With a special counsel probing that situation, many have called for a similar inquiry regarding these documents. Here’s more from both sides.

Biden’s Case Is Much Different, In Scope and Intent

“Biden Document Revelations Are a Gift for Trump” Stephen Collinson, CNN: “Fairness and respect for the law dictate that Biden should answer many of the same questions that Trump is facing, regarding whether he was entitled to the records, why they were not previously turned over, whether they were securely stored and how they ended up in his office in the first place. Critics will also wonder why Biden didn’t immediately disclose the discovery of less than a dozen documents last fall to the public, given the huge sensitivity of the Justice Department probe of Trump on a similar question. And the president will be sure to face accusations of hypocrisy given his sharp criticisms that Trump did not take the proper steps to secure classified documents at Mar-a-Lago. Still, even if there are adequate answers to these issues, any distinctions in the severity of the Biden and Trump documents will be obliterated… with conservative media likely to draw false equivalencies between the two cases.”

“In the case of the classified documents, it’s more serious for Trump than Biden” Hugo Lowell, The Guardian: “Donald Trump’s retention of documents marked classified at his Mar-a-Lago resort has aggravating factors that might support his criminal prosecution unlike the discovery of some documents also marked classified stored at Joe Biden’s former institute from his time as vice-president, legal experts said. … The criminal investigation into Trump touches on at least two of those elements – obstruction, where a person conceals documents with an intent to impede a government agency, and the volume of classified materials at Mar-a-Lago – unlike the Biden case, which appears to touch on none. … The Trump documents case also significantly differs from the Biden documents case over the sheer quantity and scattered nature of classified materials that were potentially exposed in such a way as to support an inference of intentional misconduct, the legal experts noted.”

One more opinion piece from the Left: Biden isn’t on the same legal planet as Trump when it comes to classified docs Jordan Rubin, MSNBC Opinion

How Convenient: As Biden Bungles, The Trump Witch Hunt Tumbles

“Biden’s Classified Document Stash” Editorial Board, Wall Street Journal: “Whatever gods are scripting America’s political drama these days, they sure do have a sense of humor. … Not even George Santos could make up this plot twist. The documents discovered in Mr. Biden’s possession include ‘intelligence memos and briefing materials that covered topics including Ukraine, Iran and the United Kingdom,’ CNN reports. … Mr. Biden as Vice President had no authority to declassify documents on his own, unlike the President. He also isn’t covered by the Presidential Records Act provision that gives former Presidents access to documents from their presidential years in cooperation with the National Archives. … None of this is to say that Mr. Biden should be prosecuted, despite the Justice Department investigation. But it is a sauce for the gander political moment, and it certainly does bear on whether Justice can fairly prosecute Mr. Trump for similar mishandling.”

“Biden’s ‘think tank’ received $54.6 million from anonymous Chinese donors” Rajan Laad, American Thinker: “Almost every media pundit focused on the mishandling of classified information, but there was another shocking revelation in this story that went largely ignored. It began with the astounding disclosure that Joe Biden, who is among the least thoughtful men in the US, founded and runs a think tank. … Well… the primary purpose of the ‘think tank’ was exposed by Breitbart News, citing the New York Post. … (Chinese Communist Party) linked individuals or entities donated more than $54 million to the group between 2014 and 2019. … among the donors was real estate developer Xu Xeuqing who generously donated $3 million to Biden’s ‘think tank.' In 2011, Xu faced corruption allegations in China; however he wasn’t charged with a crime, which experts suggest is proof of his close relationship with the CCP.”

Snowden Speaks Out – How Should Classified Document Rules Be Enforced?

Edward Snowden, the former NSA employee and subcontractor accused of leaking state secrets in 2013, has chimed in on the classified documents issue.

On Twitter, he said Hillary Clinton, former President Trump, and President Biden have violated rules regarding such documents.

He suggested the system ought to be questioned, adding it protects elites who commit violations, while punishing lesser known offenders.

Run With the Bulls, New Wave Wallet, Welcome to Miami

📊 Sign up to receive one options trade, every Monday. Bullseye Trades is brought to you by a 20-year trading veteran who studies his top trading options and then narrows them down to one, single tip. Jeff Bishop has developed a sterling reputation and helped launch trading careers. Subscribe to his alerts now at this link.

💵 This slim and secure military-grade wallet will leave you protected. It’s sleek, stylish, and tough – with RFID technology that blocks hackers and scammers from stealing your personal info. The StealthX RFID wallet is made with highly durable carbon fibers, so it’s lightweight. Check out this exclusive offer for readers of The Flag.

🏝️ Looking to get away this winter? Maybe you’re eyeing MLK Day to spend a long weekend somewhere warm? We’d like to suggest Miami. With Sightseeing Pass you’ll get access to over 60 attractions and offers, with big-time savings and ticket-free entry. There are two great pass options to fit every budget.

US Needs More People, Tell Me About the Time You Failed, Odd Friendships 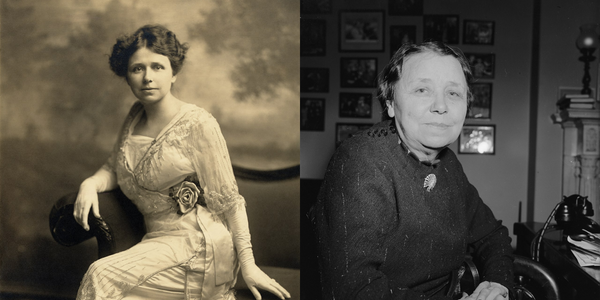 On this day in 1932 Hattie Ophelia Wyatt Caraway, a Democrat from Arkansas, becomes the first woman to be elected to the U.S. Senate.

HBR: How to answer the ‘tell me about a time you failed’ in a job interview

Wait But Why: 10 types of odd friendships you’re probably part of

Today I Learned public toilet seats are U-shaped because the American Standard National Plumbing Code writes that they must have a gap at the front.