Home / 🇺🇸 Biden to the Border

🇺🇸 Biden to the Border

Plus, mistaking manatees for mermaids... 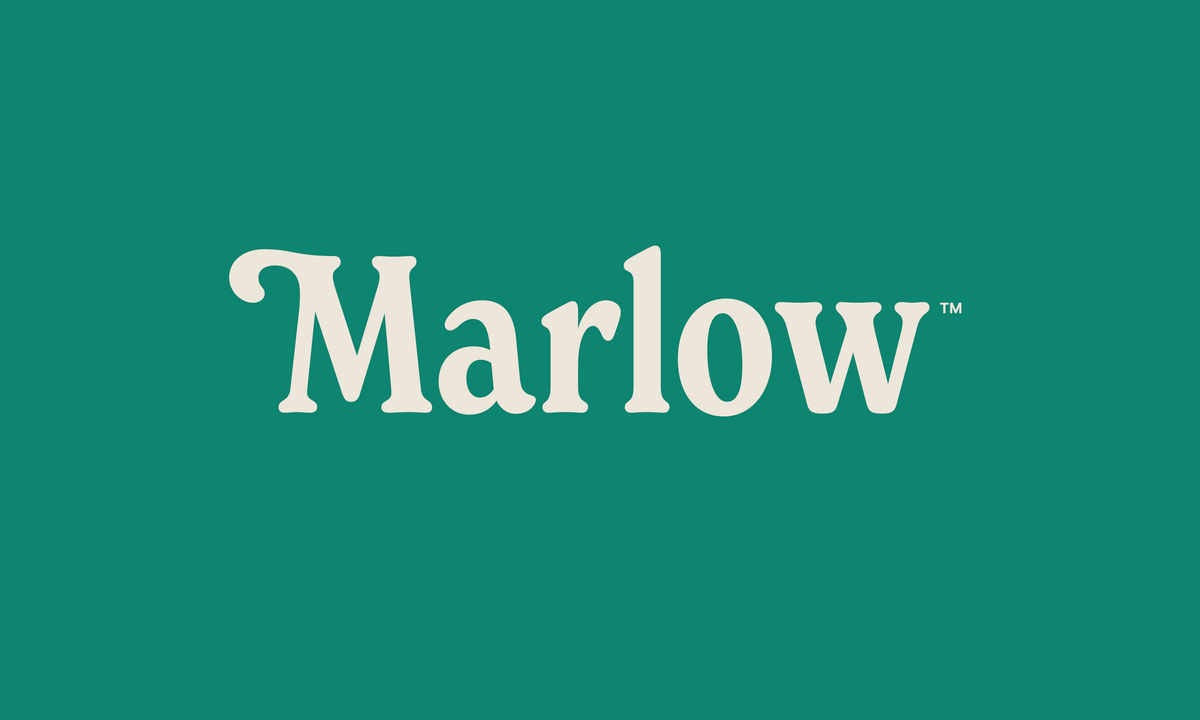 Good morning, and happy Monday! The GMC Hummer EV SUV is set to enter production this year, and the first of the electric trucks off the line will be raising money for a good cause.

Plus, this airline is offering free WiFi starting February 1st...

Also, today's sponsor, Marlow, is hooking our readers up with the perfect pillow for side sleepers.

Left: Will 2023 be the year Donald Trump is indicted? Andrew Prokop, Vox

Right: Buttigieg on if DOT Was Aware of Southwest Tech Issues in Advance: I Don’t Run Their System Ian Hanchett, Breitbart

The Pillow for Side Sleepers 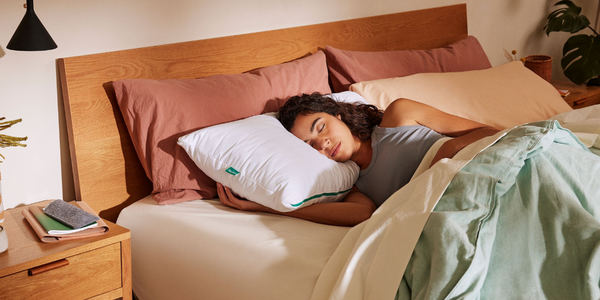 The ideal sleeping position is on the side, but without the proper support, a good morning is not in the forecast. With an adjustable design, the Marlow Pillow adapts to give side sleepers the support they need. It's made with a proprietary fill of memory foam and polyester fiber made using NASA technology and a unique zippered design for easy adjustability, allowing users to find the exact loft profile that fits them.

At the same time, cooling-infused memory foam and ventilated zipper gussets help create better airflow and regulate your body temperature, so you stay cool during the night, while its antimicrobial shell repels unwelcomed guests like dust mites and bacteria.

The pillow has been perfected over eight years with numerous research, surveys, and prototypes, but to ensure satisfaction, it's also backed by Brooklinen's best-in-class customer service and a risk-free warranty.

US: California braces for more storms as thousands are still without power (NPR)

US: After chaotic week, McCarthy faces new battle as House votes on rules package (The Guardian)

Pandemic: What we know about the XBB.1.5 COVID variant sweeping the Northeast (The Hill)

World: Andrew Tate ‘tweets about being attacked after reports he was rushed to hospital from Romanian jail’ (The Sun)

Biden to the Border 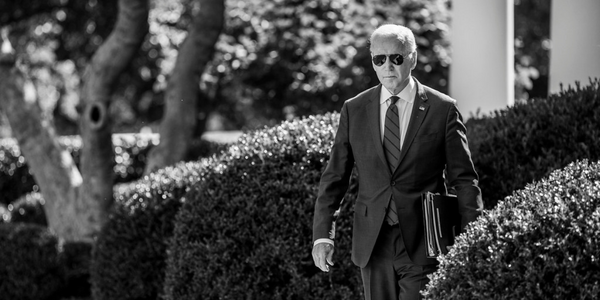 Reporting from the Left: Biden focuses on El Paso in his first presidential trip to the US-Mexico border (ABC News)

From The Flag: Biden has disclosed that Mexico agreed to accept the return of up to 30,000 migrants a month from each of Venezuela, Nicaragua, Haiti, and Cuba, provided those individuals entered the US illegally. Here’s more from both sides.

The Democrats Have Created a Border Monster, and Have No Plan To Fix It

“Biden Discovers the US-Mexico Border” Editorial Board, Wall Street Journal: “One sign that President Biden plans to run for re-election is that he’s finally noticing there’s a problem at the US-Mexico border. … Mr. Biden’s problem is that his political and policy signals that the border is essentially open have created a magnet for migrants that will grow after Title 42 goes away. Border patrol encounters soared to 2.2 million in the last fiscal year from 405,036 in 2020 and are on course to be higher this year even with Title 42 in place. And that doesn’t include the migrants who are never caught. The President’s political problem is that all of this is straining the border region and increasingly cities where the migrants are heading… Democratic mayors are furious. So now the President is at long last trying to address the problem… Count us skeptical that any of them will do much good.”

“There's Nothing Compassionate About Dems' Border Crisis” Adam B. Coleman, New York Post Opinion: “True compassion shows itself in action, not just rhetoric. Yet the Democratic Party, which routinely portrays itself as politically paternalistic to the less fortunate, often acts like a parent suffering from Munchausen by proxy as it fosters the hellish circumstances it claims to want to banish. As the Supreme Court considers the legality of keeping Title 42 in place, Americans living in border states are bracing themselves for when the law is lifted, wondering how much more they can withstand as the tidal waves of the less fortunate continue to rise. In cities like El Paso, Texas, the streets are beginning to resemble Skid Row as Border Patrol releases hundreds of processed migrants with nowhere to go every day. More than 1,000 migrants crossed the Rio Grande in a four-hour period one recent Sunday.”

One more opinion piece from the Right: Most People Don't Know How Bad the Border Crisis Is Byron York, Washington Examiner Opinion

Trump’s Legacy Is On Display, But Congress Should Have Already Fixed This

“How to respond to an expected surge at the border” Editorial Board, Washington Post: “No magic solution is available for a mess decades in the making… Earlier efforts to fashion a comprehensive immigration overhaul have met with repeated failure. So, lawmakers on Capitol Hill are scrambling to fashion a fix that would tighten border enforcement and also provide a pathway to legal status for ‘dreamers,’ migrants who were brought to this country as children… The administration needs to expand other legal pathways for migrants to enter the country, not least to help meet the economy’s need for workers. The Labor Department reported 10.3 million job openings at the end of October, amid an ultralow unemployment rate of 3.7 percent. Plenty of US companies would be happy to have more legal employees. And increasing lawful pathways could put at least some smugglers who prey on desperate migrants out of business.”

“Congress Has Once Again Failed Immigrant Youths” Greisa Martínez Rosas, New York Times Op-ed: “Imagine what it’s like to live in a state of perpetual uncertainty — at any moment you could lose your job because you no longer have the right to work legally. Picture families ripped apart — a mother sent back to a country she barely remembers, forced to leave her child behind. … As someone who is protected by DACA, I think a lot about this. During this lame duck session of Congress, while Democrats still control both chambers, there was an opportunity to keep this scenario from becoming a reality. … But negotiations to include it in the 2023 omnibus appropriations bill failed. This might’ve been the last chance to save DACA. The program remains under attack and could be undone by the Supreme Court as early as next year, ripping away work permits and protections from deportation for hundreds of thousands of young people.”

What Data Says About the Immigration Debate

Polling data suggests the American public is fairly evenly split regarding their feelings toward immigration. Around 30% believe immigration harms the country overall, while 35% feel the opposite, with the remaining group uncertain.

The group that says immigration makes the country worse off tended to support former President Trump (77%) as opposed to President Biden (21%).

Half of the people who said they were unsure of immigration’s impact didn’t vote in 2020 (LA Times/YouGov).

Fluff Your Pillow, Protect Your Property, and Cook With Confidence

😴 Is your pillow providing you maximum support and comfort? The Marlow Pillow is here to usher you into dreamland. It’s fully adjustable, featuring NASA technology, cooling fibers, and an antimicrobial shell. So say goodbye to the sleepless nights. Ring in the New Year with up to 40% in savings, plus an additional 10% off at checkout.

🏠 Scammers are coming for your home’s equity. It’s a financial crime that’s unfortunately becoming all too common. Fraudsters and cybercriminals are taking out loans against unsuspecting homeowners' equity, and leaving them in debt. But you can stay protected for just pennies a day. Home Title Lock provides complete protection and FREE access to their monitoring team.

👨‍🍳 Replacing or upgrading your kitchen appliances this winter? By creating an account with KitchenAid, you’re eligible for special savings on select products. They’ve got major appliances like ovens, refrigerators, and dishwashers – plus countertop appliances including stand mixers, food processors, and espresso makers. Refresh your cooking space while creating a look you’ll love with KitchenAid. 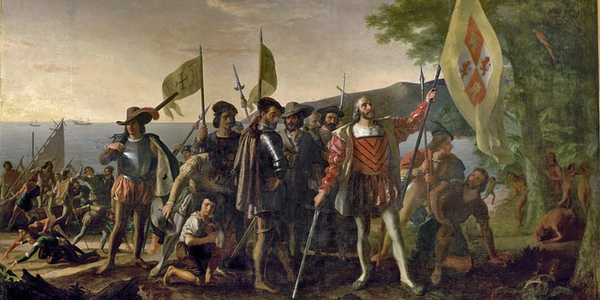 Landing of Columbus (1846) by John Vanderlyn.

On January 9, 1493, Christopher Columbus, sailing past the island today called Hispaniola, sees three “mermaids”. In reality, of course, they are not sea people, but rather, sea cows, or manatees. Columbus proceeds to describe them, aptly, as “not half as beautiful as they are painted."

VICE: I Have a Paralysing Fear of Falling Asleep

Wired: Why Do You Get Sick in the Winter? Blame Your Nose

FiveThirtyEight: Georgia Is A Clear Title Favorite — But The Odds Haven’t Mattered To TCU Yet

Today I Learned that neuroscientists have created a device for the blind that allows them to “see” using electrical pulses on the tongue. Light is turned into pulses that eventually can be interpreted as vision by the brain.