Plus, the boy bit the snake in self-defense.

Good morning, and happy Thursday! This New Jersey man is walking across America, to raise awareness for the “unacceptable” number of homeless veterans…

Plus, after receiving a “dry bite,” this boy from India pulled a reversal to defeat a venomous cobra…

Also, this Flag Find will help you avoid something everybody hates: having cold hands...

Right: Schumer Wants Amnesty For ’11 Million Or However Many’ Illegal Aliens Are In The US (Daily Wire)

Right: Why Trump will lose this time (Washington Examiner)

Left: So, Is Trump Really Toast, or What? (Slate)

POWERED BY THE FLAG

Get Ahead of Your Holiday Shopping

The holidays are almost here, which means it's time to start thinking about the gifts you need to get your family and friends. Allow us to assist this year with our "dad hat" that comes in black and navy blue.

Yes, it's technically called a "dad hat" but it will look great on mom too. As a matter of fact, it will look great on your brother, sister, best friend, and dog. Okay, maybe not your dog, but who are we to judge? Scoop one up for the whole family and make sure they have some fresh Flag Swag to start the new year.

US: Senate votes to advance same-sex marriage bill (The Hill)

Business: Elon Musk gives ultimatum to Twitter employees: Do 'extremely hardcore' work or get out (CNN)

US: Rising food costs take a bite out of Thanksgiving dinner (AP) 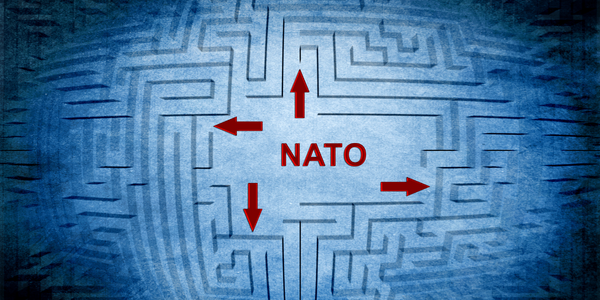 On Tuesday a Russian-made missile landed in Poland, not far from its border with Ukraine, killing two people. This immediately led to questions as to how NATO would respond, given Poland is a member nation. But now it seems the missile strike could have been fired accidentally, as part of Ukraine’s defense system.

Reporting from the Right: Missile That Struck Farm In Poland ‘Unlikely’ To Have Been Fired By Russia: Report (Daily Wire)

From The Flag: Article 4 of the NATO treaty calls for a formal conversation with a member state if it is threatened militarily, while Article 5 states that an attack against a member state is an attack against them all. Meanwhile, members of Congress are pushing for more funding to be sent in support of Ukraine’s war effort, a topic we covered this past spring. Here’s fresh commentary from both sides.

Time To Beef Up Our Defenses, Which Poland Is Also Doing

“Missile Defense Is More Urgent Than Ever” John Bolton, Wall Street Journal Op-ed: “Russia’s military desperation in Ukraine has reportedly led it to supply Iran with captured US and UK weapons in exchange for drones and to purchase arms from North Korea. It is a small step for Russia from violating these international taboos to offering military assistance to rogue-state allies. Given China’s historical support for nuclear and missile proliferation and its enormous demand for oil and gas, you can imagine Beijing’s doing the same. And, unfortunately, it’s true that current U.S. missile defenses would be woefully inadequate to defend against significant ballistic missile strikes. But Washington must make enhancing our missile defenses a priority. … China and Russia pose a growing nuclear danger too. Both have made increasingly belligerent references to nuclear arms and offensive war. Yet the limited defenses America has built up have been consistently inadequate and are now simply not fit to meet that threat.

“Central Europe re-arms in face of Russian threat” William Nattrass, Unherd: “Speaking at a military aviation plant on Monday, Polish Prime Minister Mateusz Morawiecki presented his nation with ‘a simple choice.’ ‘We can either fall victim to Russian domination and captivity,’ he warned, ‘or we can build up our defense potential quickly, together with our closest allies such as the USA, Great Britain and other NATO countries.’ … But it isn’t just Poland where defense spending has taken on a new sense of urgency. Across the border in the Czech Republic, there’s an impetus to reverse years of neglect… As major suppliers of arms for Ukraine, both countries recognize a short-term imperative for increased spending. … As elsewhere in Europe, this shortfall is partly attributable to a long-standing disregard for defense. … Yet there are signs elsewhere — most notably in Germany — that old Central European aversions to defense investments have faded since the war began.”

One more opinion piece from the Right: Does the Moment Call for NATO’s Article Four or Article Five? Jim Geraghty, National Review

The West Is On Edge as Poland Pulls for Ukraine

“Western leaders on high alert after explosion in Poland kills 2” Andrew Desiderio and Alexander Ward, POLITICO: “Senior US officials have for more than a month discussed the possibility that the war in Ukraine would spill over into neighboring countries… (and) conducted military planning exercises to game out such a scenario… The next few hours and days after the initial report of the strike on Poland will be critical, as NATO members anxiously await the cause of the explosion. ... Since before Russia’s full-scale invasion of Ukraine on Feb. 24, Biden has been adamant that US troops will not fight in any conflict in Ukrainian territory. He has also held back on providing certain types of weapons to the Ukrainians out of concern that they could be used to strike inside Russian territory and widen the war. Biden and other NATO leaders have repeatedly warned Russia that it must not target countries in the military alliance, and to date the Kremlin has been cautious about avoiding such direct conflict.”

“I Went to Ukraine, and I Saw a Resolve That We Should Learn From” Nicholas Kristof, New York Times Opinion: “(As) some Americans and Europeans seek to trim assistance for Ukraine… take some inspiration from Ukrainians themselves. … Stymied on the battlefield, Russia is trying an alternative strategy: firing missiles to terrorize civilians and destroy the power grid and water supply. … a war crime, (this) aims to inflict such brutal suffering on ordinary Ukrainians that they will want to cut a deal with Putin. It isn’t working. Ukrainians aren’t wavering the way some Americans, French and Germans are. … Many Americans and Europeans think that the West is doing Ukraine a favor by providing weaponry, but it’s actually Ukrainians who are offering themselves as a human shield… US military planners have long worried about a Russian attack on Baltic countries in NATO. But at enormous cost in lives, Ukraine has so degraded Russia’s armed forces that the risk of that today is far lower.”

One more opinion piece from the Left: Why Poland may have most to gain from a Russian defeat in Ukraine Anna Gromada and Krzysztof Zeniuk, The Guardian Opinion

Ukrainian Resolve in the Face of Airstrikes, and Stress in the US

Polling conducted last month in Ukraine found 86% of respondents opposed entering into negotiations or slowing the counteroffensive against Russia. This is despite escalating airstrikes against civilian targets and rolling power outages in Kyiv and other cities (Kyiv International Institute of Sociology).

👟  Thump. Thump. Thump. Is that a sledgehammer from the neighbor’s yard or your muddy sneakers in the dryer? Hopefully the former, because at least a sledgehammer isn’t dealing damage to your property. Tossing shoes in the dryer can damage them and the appliance, however. So avoid both–and the migraine–with a handy dry bag, which attaches to the door and keeps your shoe from kicking it down. Win the Whitest Sneakers Award.

🔥 “We Didn’t Start the Fire” is a bop–but it’s no replacement for a proper campfire singalong. So start the dang fire already, whether it's in the rain, snow, or a cyclone–with a UCO stormproof match kit. Burn on… and on… and on…

🙌 But fire’s not the only way to keep warm. And you can’t carry it with you, at least not without getting burned. So leave the fire and take the warmth with this rechargeable hand warmer, a sustainable and cost-effective alternative to disposable ones. Fight the cold. 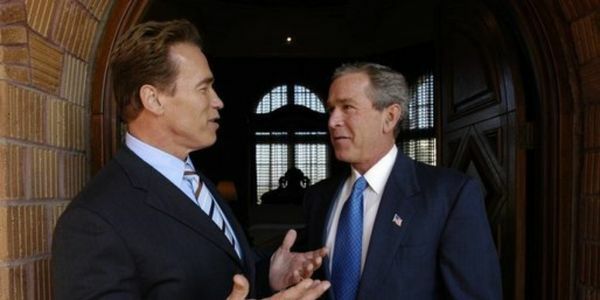 On November 17, 2003, actor and former bodybuilder, Arnold Schwarzenegger was sworn in as the 38th governor of California at the State Capitol in Sacramento. Above, governor-elect Schwarzenegger meets with President George W. Bush on October 16, 2003.

Popular Science: UFO Conspiracies Can Be More Dangerous Than You Think

CityLab: The Case for Rooms

Today I Learned sleep helps clean our brain. Or in the words of the journal Science, “Observations showed that when mice sleep, channels between neurons in their brains expand, allowing cerebrospinal fluid to flush out detritus, such as proteins that in human beings are associated with Alzheimer’s disease.”