Plus, we finally know why we grow wisdom teeth as adults.

Good morning, and happy Tuesday! Colby McFadden found the remains of an American flag when he responded to a fire at Larry Hickson's home. The two veterans then bonded over their shared respect for Old Glory.

Plus, this is how much of what you read on the internet could be generated by artificial intelligence by 2025.

Also, read more about one of the fastest-growing cyber crimes in America, plus how to protect yourself.

Right: Will Biden Think Twice About Running for Reelection? Joe Concha, The Hill

The Leader in Home Title Protection 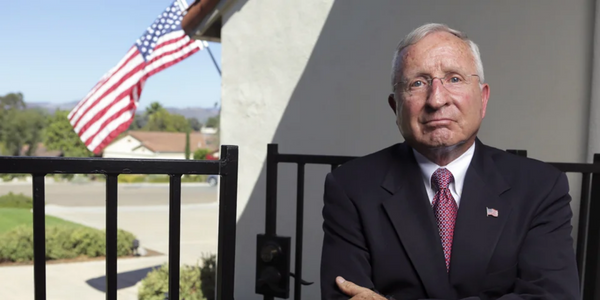 Cybercriminals are coming after your home's equity. The FBI says it's becoming an increasingly common source of fraud: scammers take out loans in your name and leave you in debt. Most victims aren't even aware there's a problem until collection notices start appearing in the mailbox.

Home Title Lock is here to protect your most valuable asset. Their team will monitor your home's title 24/7 and alert you to any suspicious activity. Plus, they've got a full team of resolution experts should you be victimized. Your home's title proves your ownership, but it's also easily found online. Stay safe for just pennies a day.

US: Man wearing a Jesus Saves t-shirt at Mall of America is ordered to take it off or leave (Daily Mail) 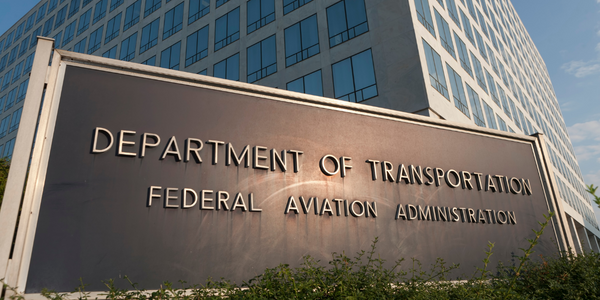 Last Wednesday, the FAA was forced to temporarily ground all US flights due to a system outage. This involved the FAA's Notice to Air Missions (NOTAM) which alerts pilots of safety hazards. To date, investigators have said this doesn’t appear to have been the result of a cyberattack.

From The Flag: It’s been a challenging past month for the airline industry, after storms heavily impacted holiday travel – notably causing Southwest Airlines’ operations to meltdown. This latest fiasco puts additional scrutiny on the entire industry and Transportation Secretary Pete Buttigieg. Here’s more from both sides.

Buttigieg Was Happy To Blast Southwest, But Ignored His Own House

“Pete Buttigieg’s Big Airline ‘Glitch’” Editorial Board, Wall Street Journal: “Only a couple of weeks ago, Transportation Secretary Pete Buttigieg roasted Southwest Airlines for problems that led to thousands of canceled flights. Yet Mr. Buttigieg was no model of contrition Wednesday after airlines were grounded nationwide by a mega-meltdown at the agency he oversees, the Federal Aviation Administration (FAA). ‘This is an incredibly complex system,’ Mr. Buttigieg said. ‘Glitches or complications happen all the time.’ … But a systemwide crash is not a glitch. At first the FAA resorted to a telephone hotline to keep planes flying, but this backup quickly became overwhelmed. … Some airlines, including JetBlue and Delta, believed that operations could continue despite the Notam outage, according to a Journal report. Pilots say the alerts often are irrelevant and unintelligible, and JetBlue reportedly developed a backup system because of a past Notam outage.”

"Pete Buttigieg Is Terrible at His Job" Chadwick Moore, The Spectator: “Almost a year ago, the Federal Aviation Authority, under the helm of transportation secretary Pete Buttigieg, announced that the aviation briefing known as NOTAM, or Notice to Airmen, would undergo a name change. … NOTAM, Mayor Pete’s Department of Transportation declared, wasn’t gender inclusive and… it should henceforth be referred to Notice to Air Missions, not Airmen. While Mayor Pete preoccupied his department with scrubbing the bigotry out of an acronym, it never occurred to the Biden administration’s Chief Diversity Hire that the system itself might need some tending-to. … (The) FAA system failure came just weeks after Southwest Airlines ruined Christmas when its outdated computer system led to thousands of canceled flights — something that the transportation secretary brazenly mocked… As he wagged his finger at the airline, Mayor Pete was oblivious that his own computers might need a tune-up.”

The Airline Industry Will Keep Crumbling Without Proper Regulation (and Funding)

“The FAA Meltdown Proves It’s Time to Finally Fix Air Travel” William J. McGee, New York Times Opinion: “Since the late 1970s, this country has not seen its industries as in need of governance, and so has allowed them to flounder and flail. We have neglected to adequately fund or respect our administrative agencies. The airline industry and air transportation system are ground zero for this disastrous governing philosophy, which has endured across multiple presidential administrations, under both Democrats and Republicans. Much of the rest of the world — Europe, East Asia and the Middle East — uses more sophisticated, accurate and reliable satellite-based systems for tracking air traffic. Here, we are mired in a political fight between airlines and lawmakers over who will pay for the Next Generation Air Transportation System, or NextGen, which is badly needed to modernize our air navigational system‌‌. So NextGen has been adopted in a partial and piecemeal fashion.”

“FAA is years away from upgrading the system that grounded all US flights” Pete Muntean, CNN: “Transportation Secretary Pete Buttigieg has held multiple meetings with top FAA officials since Wednesday’s meltdown and ‘has made it very clear’ he wants the NOTAM database updated much faster than the FAA’s planned timeline… In its budget estimate for 2023, the FAA requested $29.4 million for its Aeronautical Information Management Program, which includes the NOTAM system. Describing the system, the administration said it needs to ‘eliminate the failing vintage hardware that currently supports that function in the national airspace system.’ Meanwhile, the FAA is stuck addressing new technology, including drones and electric helicopters, with its outdated technology… ‘We need to bring equipment online a lot faster than we are,’ the source said… Airlines, fielding their own share of government criticism for schedule collapses, have also sounded the alarm about a lack of funding, limited staffing, and outdated FAA technology.”

Time Flies: How (and Why) Airlines Make Flights Longer

Schedule creep, also known as “padding,” refers to the fact that flight times have gotten longer over the years.

In the 1960s it took five hours to fly from New York to Los Angeles, but that same trip now takes six hours or longer – even though the airports are no further apart.

Airlines have extended flight times to account for potential delays, meaning if your NYC to LA flight only takes five and a half hours, you feel like it made great time (BBC).

🏠 Your home should be secure – inside and out. The latest cybercrime involves fraudsters taking out loans in your name, robbing your home’s equity, and leaving you in debt. Home Title Lock is here to stop that from happening, through constant monitoring and a team of experienced resolution experts. Protect your home’s equity and title with Home Title Lock for just $19.95 per month.

🎧 Do you want more knowledge in less time? It might be impossible to fit more reading into your schedule, yet you remain curious to learn more. Even listening to long podcasts can be daunting. But with Blinkist you can understand books and podcasts in 15 minutes, through their shortcasts. Start your free trial today.

🌱 As part of a healthier routine this year, go with clean protein, probiotics, and pure greens. Think of it as starting fresh with Ora Organic. They’ll help you adopt a plant-based lifestyle, easily and nutritiously. Try them out now with 20% off flexible subscriptions, and a risk-free guarantee. 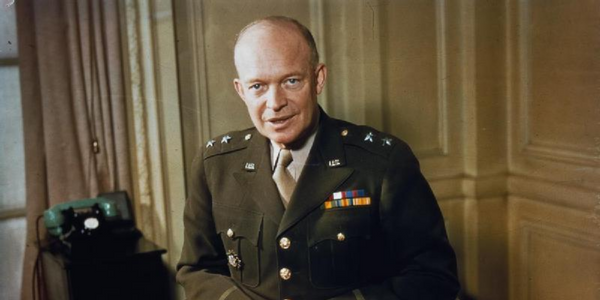 On January 17, 1961, Dwight D. Eisenhower ends his presidential term by warning the nation about the increasing power of the military-industrial complex. Click here to watch his speech.

NPR: Buying a home became a key way to build wealth. What happens if you can't afford to?

Conde Nast Traveler: 10 most unique marathons around the world

Popular Science: We Finally Know Why We Grow Wisdom Teeth as Adults

Today I Learned that Joe Jackson would hold a belt as the Jackson 5 rehearsed, ready to strike his children if they stepped out of line. Michael Jackson was terrified of his father. “I have thrown up in his presence because when he comes in the room and this aura comes and my stomach starts hurting."