Plus, her appendix went missing.

Good morning, and happy Friday! On Sunday, flags should be at half-staff, in honor of firefighters that were lost in the line of duty…

Plus, mysterious medical issues. Bizarrely missing body parts. This podcast host asked — could the woman have been abducted by aliens?

Also, this Flag Find is best enjoyed hot while reading the morning news…

Why not bring the power of modern technology into your garden? In this case, take advantage of AeroGarden’s Amazon Alexa-enabled indoor garden. It’s made from stainless steel and features a dimming grow light as well as a 3-step water indicator.

Take the mystery out of growing herbs, tomatoes, and tea leaves. There’s truly an endless number of possibilities with this item from AeroGarden, and since there’s no soil – there’s no mess either. Enjoy fast growth and big harvests thanks to smart garden technology.

🌱 The world’s leading countertop garden is just a click away →

US: GOP Sen. Ben Sasse expected to resign from Senate to lead University of Florida (Yahoo)

Business: How Can I Break Into Venture Capital From a Nontraditional Background? (The Hustle)

Sports: Brittney Griner has suffered to "the max" in Russia, wife says (Axios)

Business: The Elon Musk vs. Twitter trial is on hold until October 28th (The Verge) 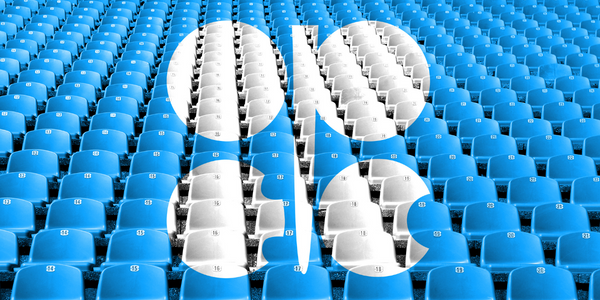 On Wednesday the Organization of the Petroleum Exporting Countries and its oil exporting allies (collectively referred to as OPEC+), announced they would be cutting oil production by 2 million barrels per day. This is expected to raise gasoline prices due to the constraint on supply.

Reporting from the Right: Energy industry says Biden made US vulnerable to OPEC+ production cut: 'Prices are going to go up' (Fox Business)

Reporting from the Left: Putin and the prince: fears in west as Russia and Saudi Arabia deepen ties (The Guardian)

From The Flag: News outlets have routinely described this as an “October surprise” ahead of the midterm elections, and the political fallout has the potential to be significant. We covered when the average price for a gallon of gas exceeded $5 in June, all while prices had been falling in recent weeks. President Biden also visited Saudi Arabia in July in an attempt to convince Crown Prince Mohammed bin Salman Al Saud to increase oil production. Here’s the latest commentary from both sides.

“Putin Finally Finds a True Friend in Saudi Arabia” Mark Gongloff, Bloomberg Opinion: “The kingdom chose Putin over President Joe Biden in slashing OPEC+ oil production targets by 2 million barrels a day to prop up oil prices… This decision seems rational in some ways: Expensive oil will fill Saudi coffers and keep Russia in artillery shells and torture devices, while hurting Biden politically. … In other, more important ways, it’s self-defeating. Higher oil prices will keep central banks raising interest rates, hurting the global economy and crushing demand for oil. Meanwhile, OPEC+ customers now have 2 million new reasons to seek energy alternatives. … But all that good news is further in the future. The trouble right now is that the world’s precious energy fluids are being held hostage… Biden may be trouncing Putin in the war for global hearts and minds… but that only makes him more liable to lash out. Energy is one of Putin’s sharpest weapons.”

“Likely gas price hikes could hurt voters – and Democrats’ chances in November” Stephen Collinson, CNN: “More pain at the pump would be a major blow to Democrats weeks from the midterm elections and bring President Joe Biden’s boasts about getting the price per gallon down from record highs in June back to haunt him. And it could further hike the cost of living, a pivotal issue in the battle to control Congress on November 8. … Soaring gasoline costs – a visceral indicator of economic pressure for millions of Americans – would offer Republicans a golden opening to dig deeper into their messaging about life being harder under Biden and potentially revive hopes of a red wave in November. ​​Ministers of the OPEC+ group meeting in Vienna… (ignored) an extraordinary lobbying effort by the Biden administration, which one US official told CNN was akin to ‘having a spasm and panicking.’ The reaction in Washington underscored the potential political calamity… with Democratic control of the House of Representatives and Senate hanging by a thread.”

Gasoline Is About To Get More Expensive, and Democrats Are Out of Time

“OPEC’s October Oil Surprise” Editorial Board, Wall Street Journal: “The Administration has released 200 million barrels or so from the Strategic Petroleum Reserve over the past year and about one million barrels a day in recent months. … But oil traders aren’t naifs. They know the releases will soon end and the Administration will also have to start refilling the reserve, which is at its lowest level since 1984. … To refill the reserve, the Administration may soon have to buy oil at a higher price than it has been selling it. Sell high and buy higher wasn’t supposed to be the strategy, Mr. President. A smarter strategy to reduce US energy prices would have been to encourage more domestic production. … Democrats blame oil drillers for prioritizing profits over production, but companies must consider the long-term return on investment. The Biden policies have created substantial regulatory uncertainty, raised production costs, and directed capital to green energy.”

“OPEC humiliates Biden once again” Editorial Board, Washington Examiner: “For decades, left-wing Democrats have been advocating higher gas prices — after all, there is no stopping global warming as long as there's $2 gas. But now the tables have turned. Gas prices are high and climbing again, and Democrats are in a panic. There's an election coming up in a month — didn't you hear? … Part of the blame lies with Biden himself, between his anti-fossil fuel policies and his predictably inflationary post-COVID spending. Part of the blame lies with the Russian invasion of Ukraine — but not that much of it. Gas prices had already shot up by $1.25 per gallon before President Vladimir Putin went to war. … Biden was once credibly described as the world's wrongest man on foreign policy . Although that probably overstates the case, there is no question that he has driven away allies and shown weakness toward America's enemies.”

Parsing the Political Fallout, and How Oil Impacts Biden

That contrasts with recent trends in polling. From July to September the number of people who expected gasoline prices to rise in six months declined by 10 points (Economist/YouGov).

The same poll asked if Europe’s energy crisis will impact the US, 7 in 10 Republicans as well as 6 in 10 Democrats said “yes” (TIPP/Insight).

🥠 These fortune cookies are sure to bring a laugh – but they’re NSFW. That means “not safe for work” – and the reason is these cookies could be fairly described as “offensive”. Not the flavor! They’re delicious. But what could be called “anti-fortunes” are printed on the messages inside — which might ridicule and offend… all in good fun! Snag some cookies today.

🍸 Your party guests will love this margarita craft cocktail mix. Made by Lush Wine Mix, you simply add tequila (or white wine) and ice. Also includes what you need to easily make simple syrup for cocktails. A portion of the proceeds go toward families struggling with hunger. Click here while searching for your lost shaker of salt.

☕ For the coffee lover in your life. This gift set includes ground beans aged in whiskey, bourbon, and rum barrels. Cooper’s Cask Coffee is small batch, artisan roasted coffee. These are masterfully crafted blends you won’t find in retail stores. Check out the four different types of coffee and their flavor profiles at this link. 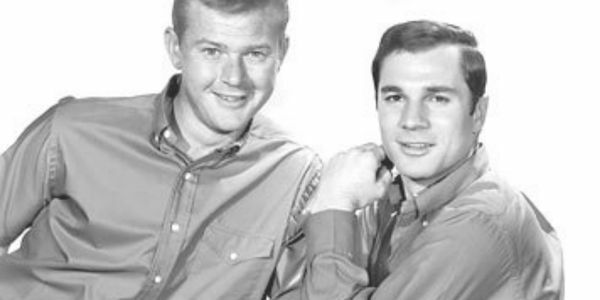 On October 7, 1960, the first episode of the one-hour television drama "Route 66" aired on CBS. The program had a simple premise: It followed two young men, Buz Murdock (George Maharis pictured right) and Tod Stiles (Martin Milner pictured left), as they drove across the country in an inherited Corvette doing odd jobs and looking for adventure.

The Conversation: Chess: how to spot a potential cheat

Saveur: How to Use Up Fresh Herbs Before They Go Bad

Today I Learned that Roly-Polys or Pill Bugs are terrestrial crustaceans and are closely related to lobsters, crabs, and shrimp.