Plus, the word of the year.

Good morning, and happy Tuesday! After finding the biggest diamond of his beachcombing career, this Florida man says karma is real…

Also, this company is making property ownership as easy as buying a stock…

Left: Is this really the best argument for Kevin McCarthy as speaker? (CNN)

Left: What’s going on with Kanye West, from antisemitism to the Mar-a-Lago dinner (Vox)

Right: If Senators Care at All About Their Constituents' Religious Freedom, They Must Amend The Anti-Marriage Bill  (The Federalist)

This Startup Is Leading A Real Estate Investing Revolution 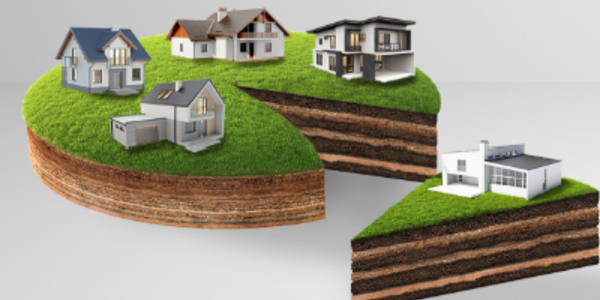 Investors have long eyed the real estate market as an income stream, but massive barriers to entry have kept the everyday investor out. Too expensive. Too stressful. Too inaccessible.

That’s all changing thanks to reAlpha.

reAlpha is making property ownership as easy as buying a stock. What’s more is that reAlpha’s giving early investors the opportunity to own shares in their entire platform as they revolutionize access to the $1.2T vacation rental economy.

Plus, having just closed a $200M financing deal (one of the largest in industry history) and a $40.8M equity deal to acquire properties in top markets, reAlpha’s on track to build a seriously massive portfolio given the pending housing price dip.

Today, you can invest in reAlpha at the cutting edge of real estate disruption for as little as $1,000.

Learn more about reAlpha's shareholder offering and invest before the opportunity ends Dec. 8.

US: "Collapse" in home prices is coming, experts say (Axios)

US: White House reveals Christmas decorations with 'We the People' theme (NPR)

This past weekend protests broke out in China in response to Beijing's “zero COVID” policy. People took to the streets in major cities across the country, and clashes with the police ensued.

From The Flag: Residents are becoming increasingly frustrated with the Asian nation’s harsh COVID-19 rules, which have also upended China’s economy – the world’s second-largest. In April we looked at lockdowns as they were unfolding in Shanghai. Here’s more from both sides.

“China’s Revolt Against Zero-Covid” Editorial Board, Wall Street Journal: “China’s Communist Party runs the world’s most extensive surveillance and police state, so any public protest against its policies takes courage and runs great personal risk. … They reveal the public’s deep frustration after three years of the world’s most restrictive Covid policies that have shut down entire cities for weeks and months on government orders… The trigger for the protests seems to have been an apartment fire in Urumqi, in Xinjiang province. Fire trucks reportedly had difficulty getting access to put out the fire, which killed 10. Xinjiang has been under its most recent Covid lockdown since August… Local protests aren’t uncommon in China… But these protests are notable for criticizing a national policy and Communist government excesses. Video from Shanghai even showed Chinese shouting ‘Xi Jinping, step down!’—referring to the head of the Communist Party… Even saying those words aloud could land them in prison.”

“Will China’s anti-lockdown protestors succeed?” Bill Hayton, Unherd: “Less than six weeks after Xi Jinping doubled down on his Zero Covid strategy, a swelling sea of discontent is finally breaking on its rocks. … It hardly needs stating that this is a delicate moment for the Communist Party. Giving the protestors what they appear to want — a relaxation of Covid controls — will almost certainly lead to a massive wave of death across the country. The impact of many Covid variants on a poorly vaccinated population of 1.4 billion, and the medical services that sustain them, will be catastrophic. But not giving the protestors what they want will also cause the pressure on the system to increase. Prospects for many young people in China are bleak. Official youth unemployment stands at 18%, with hundreds of thousands of Chinese parents voting with their wallets and sending their precious offspring to study abroad. As growth continues to slow at home, even those studying at elite institutions feel pessimistic.”

“Xi unlikely to tolerate dissent as momentous protests shake China” Patrick Wintour, The Guardian: “Just five weeks after being elected to a historic third term, President Xi Jinping suddenly faces cracks in the facade of unchallenged authority… For groups of protesters, apparently without central coordination, to take to the streets across China and to social media, and for some then explicitly to call for Xi and the Communist party to stand aside, is a seismic shock. … One of the difficulties for the government is that compliant local officials, worried about retribution from above if an outbreak occurs, have imposed stringent controls, and yet have no real power over a centralised policy that offers no timetable for the cycle of lockdowns and protests to end. The sight of maskless spectators from around the world enjoying football in Doha (Qatar) is even more galling for a country that, it seems uniquely, cannot after three years live with the virus.”

“In zero-Covid China, a different death toll emerges” Matthew Bossons, CNN Opinion: “While I fully agree that China’s hard-line approach to Covid-19 containment has saved lives, the policy’s impacts are beginning to seem worse than the disease. Economically speaking, all is not well in China, and the situation is at least partially to blame on China’s uncompromising stance on Covid-19. … China’s anti-virus measures are becoming increasingly difficult to defend as implementation becomes inconsistent and, at times, downright illogical. … Most troublingly, I suspect China is on the verge of an explosive mental health crisis caused — or exacerbated —- by the isolation and uncertainty… Demand for counseling services is up, and a nationwide survey conducted across China in 2020 found that nearly 35% of respondents were dealing with psychological distress amid the pandemic. During Shanghai’s marathon two-month lockdown this year, phones were reportedly ringing off the hook at the offices of mental health specialists. In my apartment complex, two people tragically took their lives.”

How Chinese Life Has Changed

Nearly one-third of all respondents said their household income and savings had decreased in recent weeks.

Eight in 10 reported they have reduced or changed their out-of-home activities (McKinsey).

🏠 reAlpha is making property ownership as easy as buying a stock. What’s more, is that reAlpha’s giving early investors the opportunity to own shares in their entire platform as they revolutionize access to the $1.2T vacation rental economy. Today, you can invest in reAlpha at the cutting edge of real estate disruption for as little as $1,000. Learn more about reAlpha's shareholder offering and invest before the opportunity ends Dec. 8.

👂 If you're the life of the party with your friends and family, but secretly need someone to speak to about the stress that is building up behind the scenes, BetterHelp is a great option. Click here to speak to licensed therapists. It might come in handy during the holiday season.

🏋️ Thanksgiving is great because it’s a chance to sit around with family and eat way too much food. But now comes the hard part: burning those calories off. That’s where Obé Fitness can help. Obé offers live, on-demand fitness classes and workouts for everyone. These fun, energetic home workouts include cardio, strength, yoga, and more. Click here to get some work and shed some pounds. 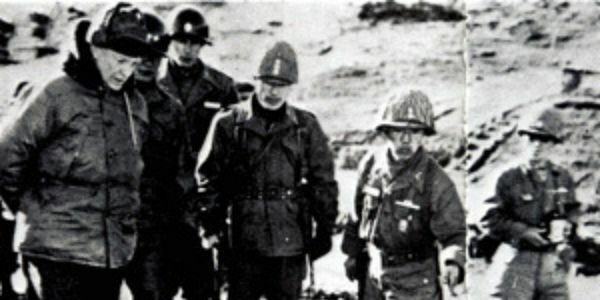 On November 29, 1952, making good on his most dramatic presidential campaign promise, newly elected Dwight D. Eisenhower went to Korea to see whether he can find the key to ending the bitter and frustrating Korean War. Above is Eisenhower (far left) pictured with Korean military officers.

GRID: DNA showed a mother was also her daughter’s uncle — how scientists solved this medical mystery

NPR: Better late than never! Take it from these late bloomers who followed their dreams

kitchn: 11 Grocery Shortcuts You Should Stash in Your Fridge, According to Chefs and Pro Cooks

Today I Learned more than 80% of the ocean has never been mapped, explored, or even seen by humans. As a result, we know more about the surface of Mars than Earth.